Skip to content
Home > ND > Williston > Love Where You Live > The Livin’s Easy in Williston, ND

The Livin’s Easy in Williston, ND 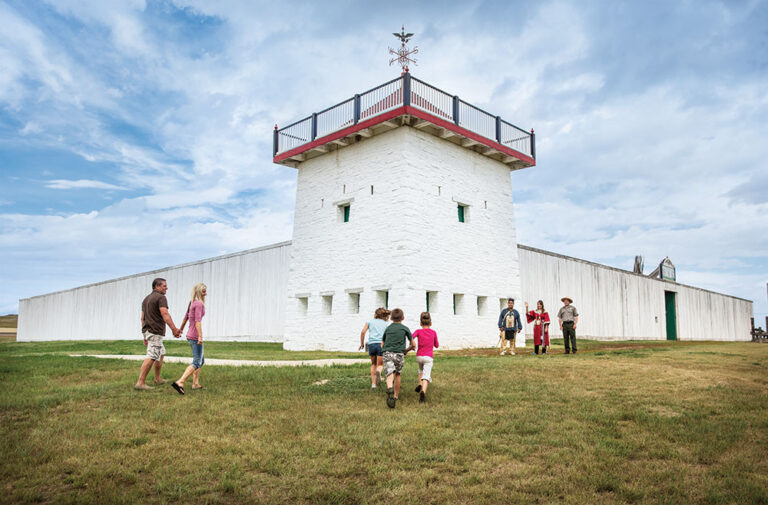 Williston’s population has mushroomed over the past 10 years, yet the region maintains its small-town charm, thanks to friendly folks and family-focused events like high school football games that draw sizable crowds throughout the community.

While the charm is still here, the growth has allowed for several new indoor and outdoor attractions that add to the community’s quality of life. Two archery ranges, the Williston Basin Curling Club and Safari Trampoline Park are just a few of the attractions available to residents. North Dakota is a hockey hotbed, and Williston offers two indoor ice arenas for youth and adult hockey and skating.

Parks and playgrounds, such as Davidson, Harmon and Spring Lake, are also welcoming to the community. A crown jewel in the region’s recreation options, the 234,000-square-foot Williston Area Recreation Center features a waterpark, an indoor track, golf simulators, tennis courts, basketball courts, a turf field and more.

“I really enjoy life in a tight-knit community like Williston. The people are friendly and there are many things to do.”

“Millions of dollars have been invested into the district to help bring it into the 21st century as more of a place where you see things millennials want,” says Shawn Wenko, executive director of Williston Economic Development. “We’re seeing a big transformation with coffee shops, upgraded restaurants and attractive retail segments. Plus, our Grand Theatre movie complex remains in the Downtown district.”

Wenko says the Renaissance Tax Credit program is in place for Downtown businesses that want to upgrade their buildings.

One of the premier newer properties in the district is The Renaissance on Main, a mixed-use building with retail on the ground floor, office space on the second floor and apartments on the third and fourth floors.

“It’s a big anchor piece for the south portion of Main Street and another catalyst in our Downtown resurgence efforts,” Wenko says.

Digs for Your Dogs

Anna Denton, a transplant from Alabama, came to Williston in 2010 at the start of the oil boom. Today, she owns Anna’s Groom Room, a dog grooming and doggie daycare business on West Front Street.

“I really enjoy life in a tight-knit community like Williston,” Denton says. “The people are friendly and there are many things to do.”

Denton says she likes golfing at Eagle Ridge Golf Club, shopping for houseware items at Home Comforts and grabbing a coffee at Meg-A-Latte.

“And for lunch and specialty drinks, there is no better restaurant for me than Lounge Thirty 3,” she says. “I’m also a mountain biker, and there is a really good trail, South Dike Trussel in Williston, that is fun and challenging.”

Another resident who enjoys the quality of life that Williston offers is Lenny Johnson, owner of Genesis clothing store. The store began in 2014 as Starboard and then underwent a name change to Genesis in 2020.

Genesis features clothing, footwear and accessories for men, women and children under brand names like Oakley, Under Armour and The North Face. Johnson is a California native, military veteran, graduate of Minot State University and now lives in Williston with his wife, Miranda, and four children.

“For recreation, I like anything outdoors in Williston,” Johnson says. “I especially enjoy ice fishing on Lake Sakakawea.”

Johnson adds that a big contributor to the quality of life in Williston is the help that officials citywide give to businesses to make sure they succeed.

“If I was an entrepreneur just starting out, I would certainly contact the Williston Economic Development office and the Small Business Development Center,” Johnson says. “They have a really good eye on what the city needs to keep moving forward and they are always happy to help budding startup companies. I appreciate that as a business owner.”

Williston was a big hit in the past when hosting the Babe Ruth World Series, and the city will once again step up to the plate in 2022.

The New Jersey-based Babe Ruth League Inc. has announced that Williston will host the 2022 Babe Ruth World Series for 14-year-old boys and played at Ardean Aafedt Stadium. Babe Ruth League is a nonprofit organization that oversees baseball and softball competition for players ages 4 through 18.

The 2022 World Series tournament is expected to draw hundreds of top young baseball players from throughout the U.S. A total of 10 teams will represent eight regional champions as well as a North Dakota state champion and a local Williston Babe Ruth League squad of 14-year-old all-stars. The competition will begin with pool play before advancing to a single-elimination bracket to determine the World Series champion.

The event will welcome many out-of-towners planning trips and vacations during that time to Williston and the region, boosting business at area hotels, restaurants and other businesses.

As for the storied ballpark, Ardean Aafedt Stadium was constructed in the early 1950s and named for the founder of Williston baseball, Ardean Aafedt. Many improvements have occurred over the years, including a $230,000 video scoreboard in straightaway centerfield as well as personalized tiles that fans have purchased to line the front entrance gate.

If you’d like to learn more about the Williston, ND area, check out the latest edition of Livability Williston, ND.