Get the inside scoop on what it's like to be a local in Kearney, NE. 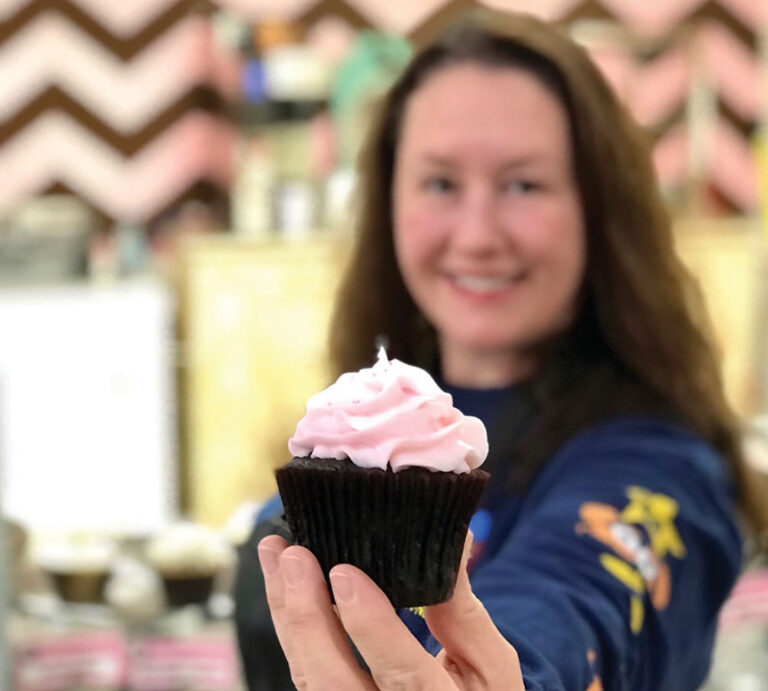 Welcome to The Cost of Living Diaries. How much does it cost to live in Kearney, Nebraska? What’s it like to own a business here? Keep reading because we asked a Kearney local to tell us all about the cost of living in this thriving city!

Considered the cultural heart of Nebraska, Kearney is a blossoming city that’s home to everything residents might need or desire. Think theatrical performances and live music, various must-try restaurants and breweries, community events, like Cruise Nite, wildlife sanctuaries and over 20 miles of paved trails.

RaChell Merklin grew up in the area, married her high school sweetheart and then lived in several places around the United States with her husband, who was in the military. In 2014, the couple moved back to Kearney and opened up two Smallcakes Cupcakery locations – one in Papillion, Nebraska, in 2014 and one in Kearney in 2015.

What brought you back to Kearney?
It’s our hometown. Family. Kearney is such a wonderful place. Kearney has always been home to us because both my husband and I graduated from Kearney High and went to what way back when was Kearney State College (now the University of Nebraska at Kearney).

What do you love most about living in Kearney?
It’s clean. It’s low crime – just good all around. People have good morals. They’re friendly. We’ve been to a lot of places – a lot of bigger places – and we haven’t found that friendliness, and so we just wanted to come back where that was.

Here’s what you need to know about living, working and enjoying life in this charming Nebraska city.

How would you describe the community?
I would say it’s a small-big town. Small-feel because pretty much everybody knows everybody or knows somebody who knows that person. We found that out – being gone so long for so many years, we would move somewhere, and we didn’t know anybody unless it was other military families, so it’s just kind of nice. It has lots of good amenities and places to eat and things to do. We always feel safe here.

What’s it like owning a business in Kearney?
When new businesses come to Kearney, Kearney supports them very well, and then after a while, it kind of cools down just because Kearney is smaller. We definitely saw a lot in the beginning. They are very much “you need to support your community,” and they will support you, which is awesome.

What’s your favorite thing to do for entertainment in the area?
We love to camp. Just the events that come – Cruise Nite is awesome. (Cruise Nite is a six-day event held each July in downtown Kearney. It features classic cars, food trucks and more). We like to go out and have a drink – I love Cunningham’s Journal. We like to do that on the weekends.

What’s your favorite restaurant, and how much would dinner for two people cost?
My favorite is probably Gourmet House Japanese Cuisine. I love sushi. It’s the closest thing to real sushi as you can get here. While traveling, we’ve always had really good sushi restaurants, so coming back here, we were a little nervous, but the Gourmet House – they have good customer service and their food is really good. (Dinner for two) would be $55 or $60, at least.

What’s your favorite coffee shop in the area, and how much is your go-to drink?
I love Barista’s Daily Grind. There’s one by the college and one more south of town. It’s locally owned, so that’s really nice. I like lattes. (A medium drink) would be closer to $5.