10 Fun Things to Do in Kearney, NE

So you've landed in Nebraska. Congrats! Ready to explore? Here are the top activities every newcomer should enjoy during their first year here. 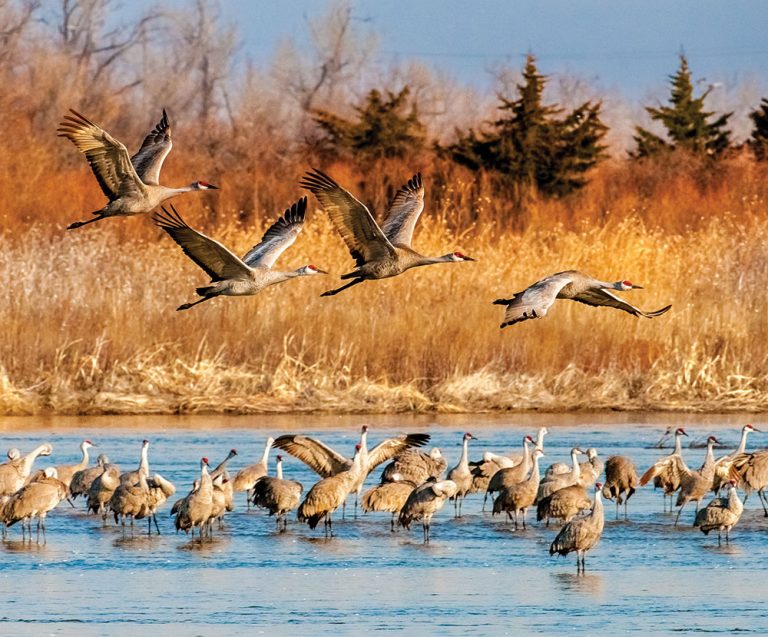 Whether you just moved here or are visiting for the weekend, you won’t run out of things to see, do and explore in Kearney. Here is a list to get you started:

Nebraska isn’t just a “flyover” state, as the nearly 600,000 sandhill cranes that make a stop in the Platte River Valley each year can attest. From late February to early April each year, the birds stop before resuming their northward migration. Join the flock and see the birds at area sanctuaries.

Walk where the pioneers walked on the Oregon Trail at the Great Platte River Road Archway Monument, a tribute to Nebraska’s adventurers of the past. The path along the Platte River has been a migratory route since prehistoric times, and at this museum (built over Interstate 80), you can learn about early settlers, ride with the Pony Express, hear Mark Twain recount riding in a stagecoach and more. Also, Jack Nicholson filmed a scene there for the movie “About Schmidt.”

3 Other Outstanding Museums to Explore

Music comes alive in Kearney, as the area is home to a vibrant and diverse music scene. The city offers a variety of venues for residents to choose from, too – think everything from downtown bars to stadium seating to a 100-year-old sanatorium. There’s something for every taste in Kearney, and you can find events that feature local and well-known artists.

Cheer on the University of Nebraska at Kearney Lopers or catch the action at the Viaero Center, home of the Tri-City Storm, which plays in the United States Hockey League. Lopers men’s team sports include football, basketball, cross country, track and wrestling. Women’s teams include basketball, golf, soccer, track, swimming, tennis and softball.

Ready to Hit the Bricks in Downtown Kearney?

Over 100 local boutiques, pubs and businesses bring this beautiful central district to life.

6. Check out the bustling downtown scene.

As the core of the historic downtown, more than 100 businesses bring a unique and lively atmosphere to this area. Here, residents can find shopping and dining options, immerse themselves in the local culture and celebrate the city’s rich history and relationship to the railroad. Central Avenue and its surrounding blocks are full of quaint buildings whose proprietors host events throughout the year.

Enjoy a slice of Americana over a whole week every July, as the Buffalo County Fairgrounds hosts amusement park rides, carnival games, rodeo events, 4-H competitions, music and dancing, a demolition derby, a dog show, and, of course, plenty of food.

9 Must-Visit Events and Festivals in Kearney

Fill your weekends with music, food and fun in this Nebraska city.

Take a trip back in time at the Trails & Rails Museum, which showcases the history of the great transportation routes of the past, present and future. Located on the original Mormon Trail, the property includes a Union Pacific Railroad engine, caboose and eight historic buildings, among them Loup River Freighters Hotel and a functioning blacksmith shop.

Get ready to have some fun at the Children’s Museum, where everything is child’s play. Offering more than 20 interactive exhibits for children of all ages, including an outdoor garden, Little Sprouts Market, Nature Hut, and Toddler Train & Dobytown Junction, the museum lets kids’ imaginations run wild.

Here, students fall in love with this Nebraska city, thanks to great schools and colleges, outstanding local support, and vital work experience at local businesses.

Hit the links at one of the region’s signature golf courses, such as Awarii Dunes Golf Club, whose course layout was inspired by those found in Ireland; Kearney Country Club, where members can lounge at the pool or enjoy a meal after their round; or Meadowlark Hills, an 18-hole award-winning public championship course with gorgeous Platte River views.

Want to learn more about living in Kearney, NE? Check out the new edition of Livability Kearney, Nebraska.