Skip to content
Home > NE > Lincoln > Where to Live Now > Why Lincoln, NE Is a Best Place To Live

By Stephanie Stewart-Howard on November 14, 2016 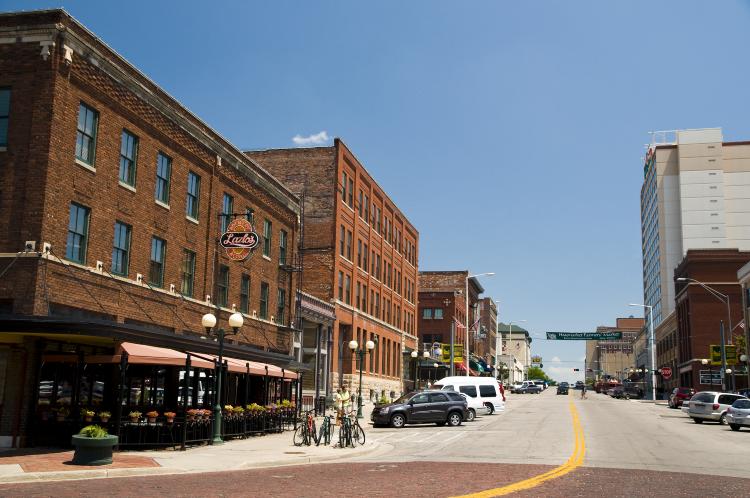 Lincoln, NE, is known as the site of the University of Nebraska and its top-ranked football team, but the city on the plains has become a powerhouse example of great education, business advancement and entrepreneurial growth. It’s these factors that have earned the city a ranking on our Top 100 Best Places to Live list as well as other recognition from media outlets. Among the city’s recent accolades, it ranked No. 4 in Forbes’ “Best Places for Business and Careers” and was named the “Happiest City in America” according to the Gallup Well Being Index.

“Lincoln’s companies laid the foundation for its economy and provide opportunity,” says Wendy Birdsall of the Chamber of Commerce. “Now, they’re partnering with the city’s young entrepreneurs. It’s incredible to see the momentum that Lincoln is experiencing and the success companies have found here. Lincoln’s collaborative business community works to lay a strong economic foundation allowing entrepreneurs and new businesses to thrive.”

Lincoln’s business leaders developed the city’s technology park, which to date has provided startup opportunity for 30 of the city’s businesses. Its success has meant the creation of a new 251-acre Nebraska Innovation Campus at UNL, already occupied by the first tenant, ConAgra Foods. In 2012-13, the city experience at 1.71 percent growth in the labor force, underlined not only by the universities and as the state government seat, but by the presence of banks, insurance companies and heath-care providers.

Education is a serious priority. “With consistent graduation rates and ACT scores, Lincoln Public Schools rank among the top in the nation for education,” Birdsall says. “The community approved the investment of $250 million in school facility upgrades, allowing for the best learning environments for students.”

Higher education is represented not only by the University of Nebraska Lincoln, but by the presence of Doane College, Nebraska Wesleyan University, Concordia College, Union College and Southeast Community College. Nearly 70 percent of Lincoln residents have at least some college education, with more than 45 percent having at least an associate degree.

Of course, the city’s reputation as a best place to live and work extends to its cultural attractions, diversity and available housing. With so many colleges, the diversity factor is high, in part because Nebraska remains aware of its own immigrant heritage, celebrating its 19th-century migrants of a variety of backgrounds – the kind exhibited in the novels of Willa Cather – and maintaining that heritage through food and culture, as well as welcoming contemporary immigrants to better the city. In 2013, Welcoming America, a national grassroots immigrant group, named Lincoln among its Top 10 Most Welcoming Cities.

Daily amenities in Lincoln include more than 130 miles of walking and bike trails for residents.

Birdsall says, “You can get just about anywhere you want to go using both on- and off-street bike routes. There are also several miles of trails within our parks. We also host the annual Lincoln Marathon, a qualifying run for the Boston and New York marathons.”

Of course, the city also has a growing food culture, great arts and museums (in part thanks to the presence of the universities), and a wealth of cultural attractions, including the beautiful Haymarket District, which preserves the city’s past and showcases a variety of restaurants, boutiques and galleries.

“Lincoln is a big city with a small-town feel,” Mayor Chris Buetler says. “We have entertainment venues that feature some of the top talent in the world. We have a very strong network of neighborhood associations creating a sense of community by bringing people together for social events and improvement projects. And, our growing economy, low crime rate and excellent schools all make Lincoln a great place to call home.”