Skip to content
Home > NE > Omaha > Food Scenes > Why Omaha, Nebraska Might Be the Best Place to Eat in America Right Now

Why Omaha, Nebraska Might Be the Best Place to Eat in America Right Now

Yes, you read that right: creative chefs and local foodies have transformed Omaha into an unlikely culinary capital. Here's a peek inside the kitchen. 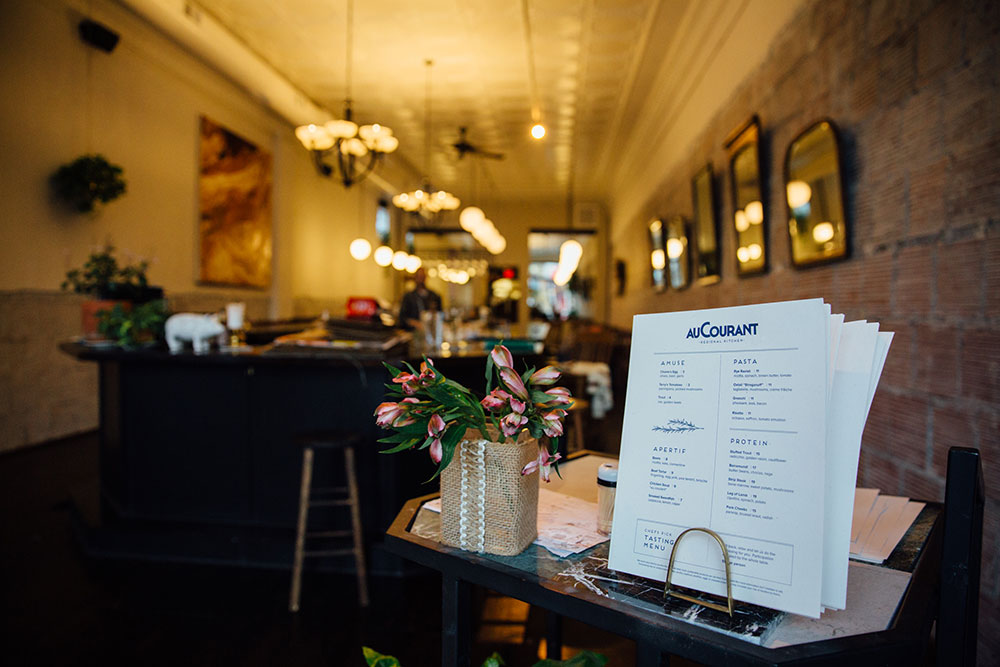 Though Omaha may not necessarily be the first place you think of when it comes to thriving culinary scenes, this Nebraska city has flown under the radar long enough – it’s time to tell the world how delicious Omaha is.

Ask any of the leading chefs in Nebraska’s largest city and you’ll hear that Omaha is having a moment right now. In the last 10 or so years, there’s been an infusion of energy and talent – often homegrown – into the Omaha dining scene, which locals and visitors alike benefit from.

Though the city was primarily known for its namesake steaks in the past, that’s all changing now. Restaurants like The Grey Plume, Boiler Room, V. Mertz, Farine + Four, Yoshitomo and M’s Pub (which bounced back after a devastating 2016 fire) are bringing the types of menus you’d find in San Francisco and New York City to diners in Omaha.

You won’t find any Michelin-starred restaurants here (yet!), but you will find passionate chefs and restaurateurs who believe their often-overlooked Midwestern city deserves the best in food, drink, service and experiences. 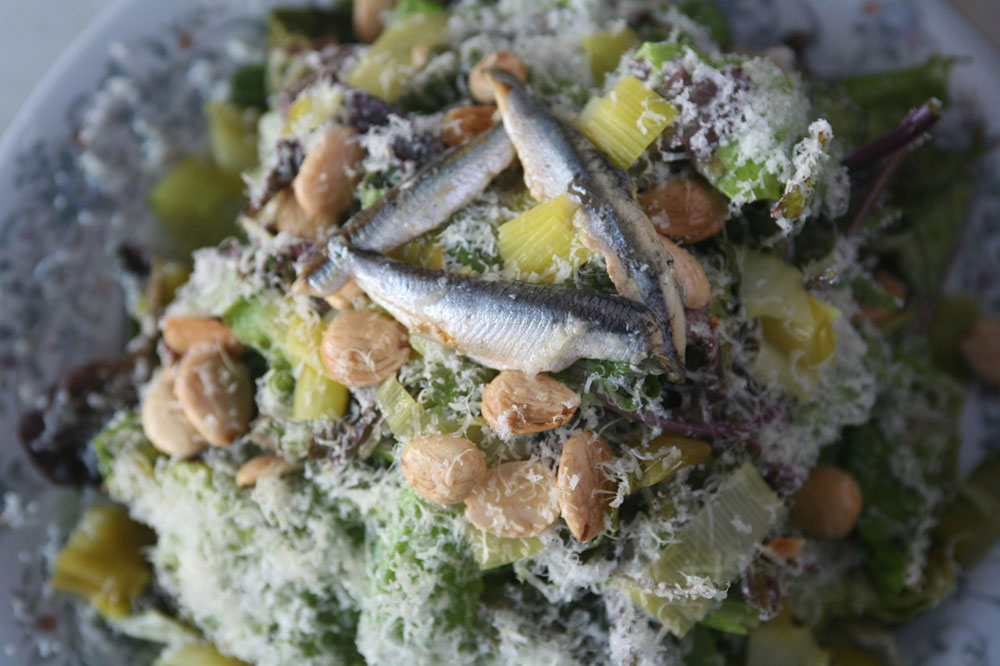 Paul Kulik, owner and chef of Le Bouillon and Via Farina, says there’s an “incalculable loyaltyâ€ to Omaha that can’t easily be explained – people who grow up here may leave, but many of them find their way back eventually.

That boomerang effect is likely one factor behind the city’s now-flourishing food scene, as a number of boundary-pushing chefs have returned home to Omaha after leaving to attend culinary school and work in top-notch restaurants in Europe and elsewhere in the United States. Their genuine passion for food is palpable when you visit their restaurants, study their menus and learn that they source their ingredients from local producers as much as possible, Kulik says.

“The fact that restaurants are good in an environment where there’s zero chance of being famous or wealthy – there’s not going to be a David Chang or a Sean Brock that comes out of Omaha, end of story, full stop – you have to scratch your head and say, ‘Wait a minute, why are people doing this?’â€ said Kulik. “The people who are doing it are doing it because they care. This is what matters to us. There’s such sincerity and such honesty there that it’s almost breathtaking.”

Kulik, who worked in restaurants in Paris, Berlin, Chicago and Washington, D.C. before returning to Omaha, says he believes the city also offers ambitious chefs a unique level of agency and freedom that they may not find elsewhere.

“There’s incredible human capital here and a bit of the pioneer spirit,â€ said Kulik. “You have control over your destiny. If you have ambition or drive, there’s really no impediment. You’re only held back by yourself.” 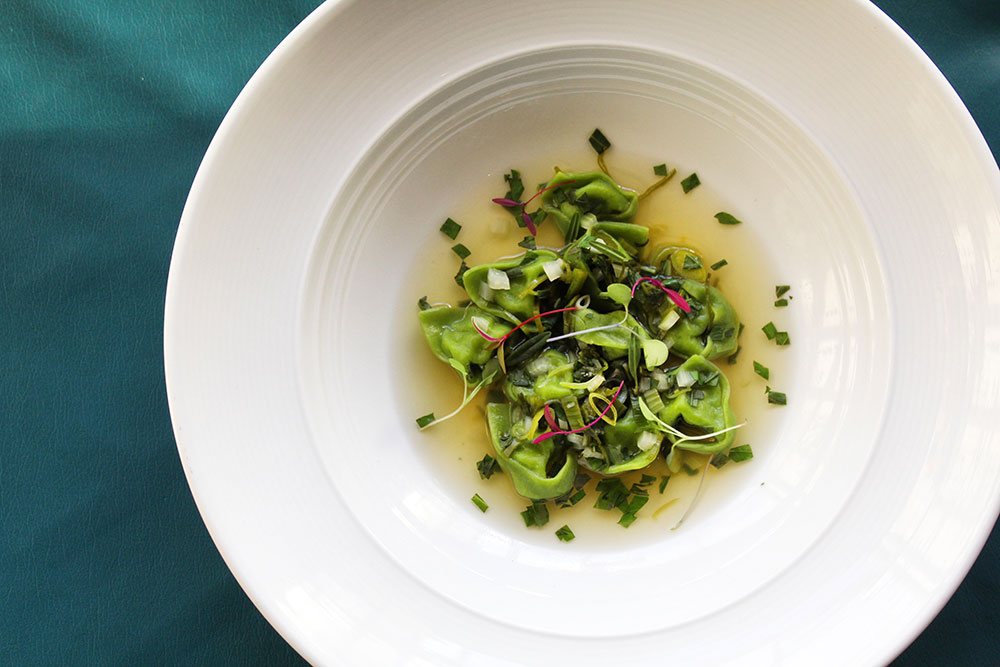 On a more practical note, Omaha is a relatively accessible place to open your first restaurant, says Ben Maides, an Omaha native who cut his teeth in kitchens in Colorado, California, New York, Italy and Germany before opening Au Courant in 2016. There’s less competition than you’d find in Chicago, the Bay Area or on the East Coast, for example, and it’s often easier to secure financing. Commercial lease rates and the cost of living are also lower than in other places, he added.

Though Omaha diners may initially appear skeptical about a restaurant concept or a particular dish, they’re likely to return again and again once you’ve earned their trust, Maides said. In some ways, that may make opening a successful restaurant in Omaha more challenging than in “foodieâ€ cities – but also more rewarding. 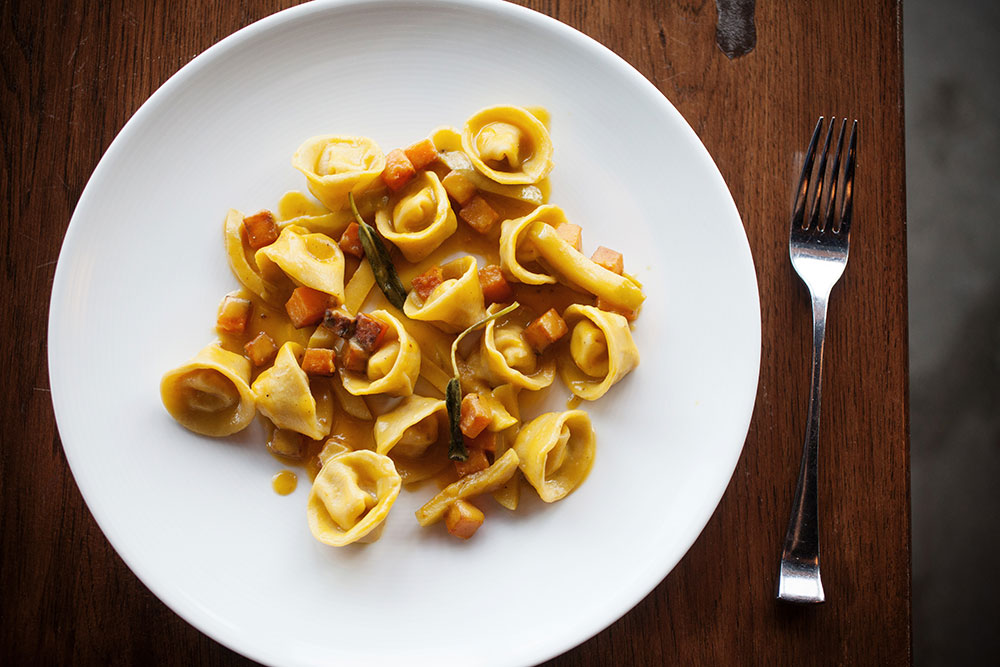 The city’s residents also seem to be aligned with the broader trends of supporting small businesses and enjoying more artisanal or local products and experiences, Maides said.

“The benefit you have in food cities is that people care about food, people go out to eat,â€ Maides said. “People in Omaha – probably in the last five years or so – really started to pay more attention to food. There’s been this trend where people like me – young people who are passionate about what we’ve been doing for the last 10 to 15 years – are really able to showcase our craft.”

Nick Strawhecker, chef and partner of Dante and Dante Pizzeria Napoletana, moved back to Omaha to open Dante at the height of the Great Recession after gaining experience in Italy, Chicago and Philadelphia.

At the time, he and a handful of other progressive chefs weren’t necessarily sure that the city was ready for restaurants that weren’t steakhouses or chains, but took a chance anyway – and their gamble has paid off in a big way.

“Even though it was during the financial crisis, it ended up being an advantageous time to open a restaurant in Omaha because we were able to be part of Omaha’s renaissance,â€ Strawhecker said. “It was the beginning of a lot of new and interesting restaurants opening and guys and girls who had lived in other places and traveled the world and decided to come back home.”

The city has also seen an infusion of new energy thanks to the recent development of certain parts of town, such as the historic Blackstone District. That’s where Matthew Moser and Matt Carper decided to launch three different food and cocktail concepts within the last two years – Stirnella, Butterfish and Red Lion Lounge.

Though Omaha has always been a great place to live, the city definitely feels reinvigorated to Moser.

“From restaurants to music venues and nightlife and just the construction, Omaha has evolved – our city is expanding and growing,â€ Moser said. “Blackstone has evolved and grown 10-fold just since we opened Stirnella two years ago. It’s insane.”