8 Reasons to Move to Omaha, NE

Things to do, music and great food rank among many reasons to move to Omaha 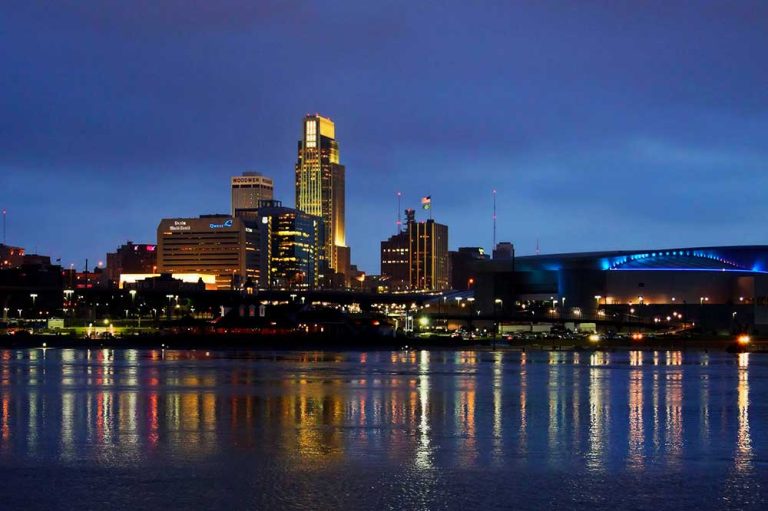 Omaha‘s history dates back to its Native American roots from which it’s named, and as it honors its heritage, the city also prides itself on being a cool place to live. So cool, in fact, that billionaire Warren Buffett lives here, and many other famous people were born in Omaha including Malcom X and President Gerald Ford. Also home to five Fortune 500 companies and a growing startup tech scene, it’s no wonder people want to move to Omaha. Here are eight more reasons why:

It makes you enjoy the wilder things in life

Animal lovers find plenty to reasons to like living in Omaha. It’s a pet-friendly city, and features the Henry Doorly Zoo and Aquarium, rated the Best Zoo in the U.S., according to CNN.com and the Best Zoo in the World by TripAdvisor in 2014. Visitors can see more than 1,300 species of animals, and don’t miss the Desert Dome, the world’s largest indoor desert.

There’s something to always listen to

Ranked No. 5 on Livability’s Top 10 Music Cities in 2012, Omaha is proud to support music, especially of the indie persuasion. In the 1920s, the city became a center for blues and jazz, and today, venues host everyone from up-and-coming acts to big-name festivals with headliners such as Def Lepard. Top-rated nightlife hot spots include Slowdown and The Waiting Room, and festival goers will want to check out Maha Music Festival and the Hullabaloo Music and Camping Festival.

Not only is it fresh, Omaha’s food scene earned it a spot on our Top 10 Foodies Cities in 2014.

“The number of restaurants we have is overwhelming. From international fare to down-home cooking, you can find it all here,” says David G. Brown, President & CEO, Greater Omaha Chamber.

Nebraska is well known as an agriculture state, ranking No. 4 in the U.S. for agriculture receipts. So, it’s only natural Omaha would have a great farmers market to find fresh, locally grown and made products. Omaha Farmers Market, with locations in Old Market and Aksaren Village, dates 100 years and offers fresh produce, baked goods, flowers, meats, cheese and lots more. Some of the market’s recipes are featured in conjunction with Whole Foods Market as well.

You can chill with a beer or cone

With craft brewing becoming a nationwide trend among many U.S. cities, Omaha’s beer scene is hard to ignore. It’s not the mecca of some other rivals, but it has earned a spot as one of the most Underrated Beer Cities bu U.S. News and World Report – Travel. Eight breweries welcome guests for tastings, and if visitors request a free Explorer’s Journal, they can receive coupons for a free beer at each one. For those who prefer a sweet treat, the city has several creameries, such as Ted & Wally’s and eCreamery, both highly ranked by Yelp users.

You can’t miss the finer things

From theater to art, Omaha has cultural venues that inspire, entertain and keep residents coming back for more. Among the top attractions in Omaha are: The Apollon, a multigenre arts and entertainment center; Joslyn Art Museum, the largest art museum in the state; The Rose Theater; Omaha Children’s Museum; The Durham Museum; Orpheum Theater; Holland Performing Arts Center; Bemis Center for Contemporary Arts; and the CenturyLink Center Omaha, which hosts big-draw events throughout the year.

Home to the NCAA Men’s College World Series and MiLB’s Storm Chasers, residents can easily pick a team to root for. The city is home to the world’s second-largest rodeo, Aksarben’s River City Rodeo, which is part of a four-day western festival. Golfers can choose from 16 public and semi-public courses that challenge all skill levels, or maybe even attend the Cox Classic, part of the PGA tour. In the spring and summer, don’t miss Omaha Beef, the city’s arena football league, and the Omaha Lancers, a top hockey program in the U.S.

Friendliness is a common trait of Omahaians, and the city has welcoming neighborhoods for all walks of life. Notably, in 2013, the city ranked No. 4 on G.I. Jobs magazine’s Top 50 Military Friendly Cities.

“Anyone who moves to Omaha has ample opportunities to make lasting friends and have a great quality of life. The city cares about your well-being and who you are. Walking down the street, we smile at strangers and do random acts of kindness. It doesn’t take long to make it your home,” Brown says.

Old Market, located in downtown Omaha, is one of the city’s most premier neighborhoods with cobblestone streets and shopping, dining, galleries and taverns to explore in this historic neighborhood. Other areas for newcomers to look into are North Omaha, South Omaha, Central Omaha and West Omaha, all housing their own charm and attractions.

Nebraska has one of the highest high school graduation rates in the country, at about 90 percent, which is above the U.S. average. Among the highest-ranked high schools in Nebraska is Elkhorn South High School in Omaha, which ranked No. 1 best high school in Nebraska by U.S. News and World Report in 2014. The school is part of the Elkhorn Public School District, which is opening its 10th elementary school in 2016. Colleges and universities include Creighton University, University of Nebraska Omaha, College of St. Mary, to name a few.

Walking down the street, we smile at strangers and do random acts of kindness. It doesn’t take long to make it your home.