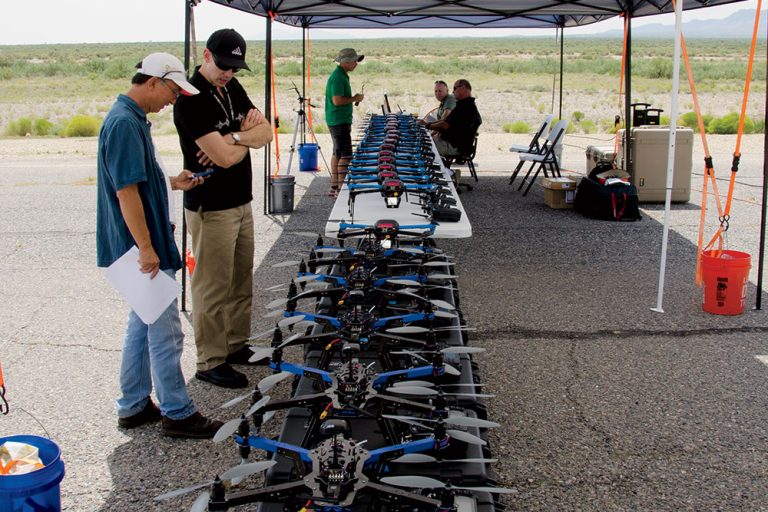 The future of space and air travel is being crafted today in New Mexico, where technologies that take astronauts, tourists, satellites and cargo into orbit and beyond, enable unmanned aerial vehicles to safely fly in the nation’s airspace and enhance national defense are being developed by a robust and growing aerospace industry.

Aerospace companies that have become household names and others that are known within industry circles are active in New Mexico, where they find a highly skilled workforce and a supportive regulatory environment coupled with an ideal climate and weather conditions.

The UAS test center, located in Las Cruces, collects data during unmanned flights in public, non-restricted airspace to assist the FAA in the development of standards and regulations for UAS operators. Tests are conducted over 15,000 square miles of coordinated airspace.

More than 20 federal, state and privately funded laboratories operate in New Mexico, offering a range of aerospace and related technologies. The U.S. Air Force has three bases in the state, and the White Sands Missile Range supports military missile development and test programs as well as NASA, other government agencies and private industry.

In addition, New Mexico is home to familiar names in aviation including Boeing, Honeywell, GE Aviation and Lockheed Martin.

“Spaceport America was conceived and developed to be a significant source of economic development for the state. There are currently well over 100 jobs for spaceport employees, its contractors and its customers and that number will rise significantly when Virgin Galactic commences operations here,â€ says Spaceport America spokesman Bill Gutman.

“We work with our tenants and customers to locate as much of their operations at or near the spaceport as possible. For example, UP Aerospace recently began manufacturing the motors it uses for its rockets at the spaceport,â€ he says.

EXOS Aerospace Systems & Technologies Inc., a leading developer of reusable space launch vehicles, successfully launched its SARGE rocket from Spaceport America in 2018. The rocket is designed to carry payloads of up to 50 kilograms on suborbital flights.

New Mexico’s vast renewable energy potential, universities and deep talent pool brought SpinLaunch to Spaceport America. The company is developing a kinetic energy launch system that does not rely on fossil fuels. The technology would spin spacecraft at high speeds on the ground and catapult them upward.

Spaceport America’s customers include EnergeticX, the University of Southern California, the New Mexico Institute of Mining and Technology, Princeton University and Boeing Helicopters including a program to test a helicopter auto-land system capable of safe landings on moving platforms, says Gutman.