The 5 Most Affordable Cities in New Mexico 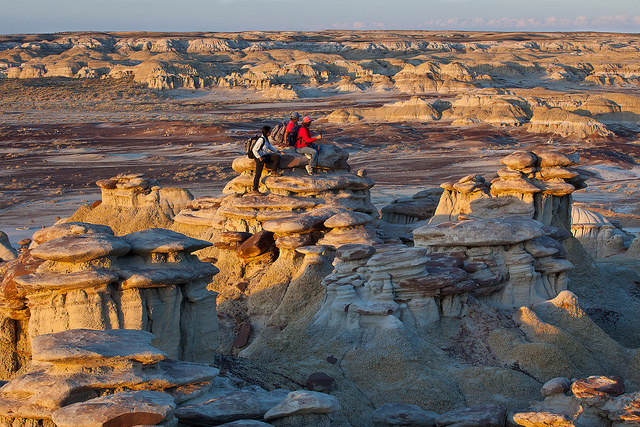 Courtesy of Bureau of Land Management under a CC 2.0 license

With beautiful high desert vistas, wonderful Southwestern cuisine and some of the friendliest people in the country, it’s no wonder folks are flocking to New Mexico. And for residents, the 47th state also offers highly affordable living.

To discover what areas present the most bang for the buck, we used specific data points in transportation, housing, food and utilities to find out not only the cheapest cities but also those that offered the best quality of life.

In order, here are the top five New Mexico cities for budget-conscious residents.

Check Out the Best Places to Live in New Mexico

Founded by the Spanish in 1610, Santa Fe, which is also the state capital, has a lot of history. In fact, it’s not only the oldest state capital in the nation but also the highest, sitting 7,000 feet above sea level.

The city’s rich cultural heritage has garnered attention. In 2012, Santa Fe wom the number three spot on our 10 Best Cities for Historic Preservation, for its efforts to save places such as the 1777-built Santuario de Guadalupe, San Miguel Mission (perhaps the oldest church in the country, built in the early 1600’s) and the adobe-covered Palace of the Governors, the oldest continuously operating government building in the country.

In addition to history, residents are proud of their art scene, including the popular Georgia O’Keeffe Museum, shopping opportunities that include a year-round farmers market and recreation for hikers, bikers and snow skiers in the Santa Fe National Forest Scenic Basin. A great place to eat is Tia Sophia’s, a diner opened in 1975 that features chiles, sopapillas and breakfast burritos on the menu.

The governmental seat of Otero County, Alamogordo is famous as the Trinity test site where the first atomic bomb was detonated near this town in 1945. A stone obelisk marks the spot of this historic moment.

Initially, this area was chosen for its isolation. However, today Alamogordo is a thriving city filled with parks, sporting events and family-friendly activities such visits to the Alameda Park Zoo, which has a breeding program to save the endangered Mexican wolf.

The economy is still centered on military installations at Holloman Air Force Base and the White Sands Missile Range. However, tourists come to the White Sands National Monument to see its rare and highly photogenic white gypsum sand dunes close by. Visitors also enjoy the New Mexico Museum of Space and the White Sands Balloon Invitational, a hot air balloon festival held each September.

A part of the Albuquerque Metro area, Rio Rancho is a great place to raise a family, with a decent school system, libraries, and dozens of parks, trails and sports facilities.

Seniors also find a lot to love in Rio Rancho where the 4,400-member Meadowlark Senior Center has partnered with the Sandoval County Senior Program to provide in-home meals and transportation and with the Mid-Region Council of Governments, which operates the Rio Transit system. The center also works with PeopleWorks-NM to offer counseling for seniors.

8 Reasons Why You Should Consider Moving to Santa Fe

The gateway to Carlsbad Caverns National Park, the city of Carlsbad  benefits from a large influx of tourists who come to wonder at the magnificent stalactites in this underground cave system. But oil, natural gas and potash mining also bolster the economy.

Families boat, fish or picnick along Lake Carlsbad, dubbed “The Pearl on the Pecos.”

You can get a house fairly cheaply here. Median home price is $107,300, with median household income at $48,058. Historically, the crime rate in Carlsbad is very low, and the school system is highly rated.

Our top affordable city in New Mexico has much that residents find attractive – an excellent school system, tons of recreational opportunities, and great shopping and dining — but with a highly affordable standard of living.

Median home price in Hobbs is a great value at $104,900. But residents make good paychecks too. Median household income is $53,750. That’s because the economy here is strong, with plenty of jobs in ranching and agriculture, oil and gas mining, and nuclear, wind and solar energy production.

Zia Park Casino, Hotel & Racetrack brings many visitors to Hobbs to try their luck on the slots and thoroughbred horse races while staying in the 154-room hotel.

Hobbs is also home to the Soaring Society of America, a 12,000-member group dedicated to the sport of sailplane and glider flying.