What It’s Like Working for the Los Alamos National Laboratory

You’re totally going to want to apply for a job at LANL after reading this. 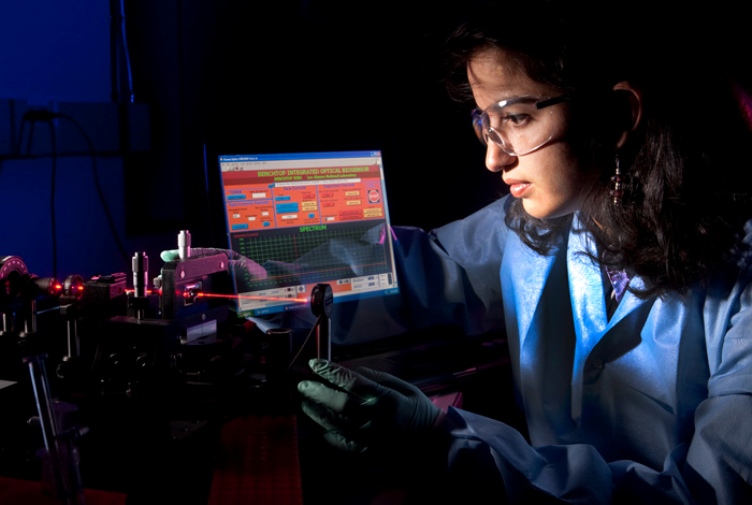 It’s no secret that a lot of what goes on at the Los Alamos National Laboratory (LANL) is related to scientific and technological research and development, but have you ever wanted to know more about employees’ roles and projects, and what it’s really like to work with some of the most innovative and intelligent people in the country?

You’re in luck – we interviewed a couple of LANL employees who shared a peek into their workdays and explained why they wanted to build a career at the facility in the first place. Check out what they had to say:

1. What’s your role at LANL, and what’s your main focus?

“The main thing I do is interpret data from Mars,” said Nina Lanza, staff scientist for LANL’s Space and Remote Sensing group. “I try to figure out what’s important or interesting about the rocks we’re seeing via the Mars Curiosity rover’s ChemCam instrument, which was developed here at LANL. These are photos of rocks that no one has ever seen before, so it’s very cool. I also do operations for the rover; we command ChemCam from Los Alamos, and it’s our responsibility to make the spacecraft commands that will operate the rover so we can get the data we need. Basically, I get to work on a spaceship, and I feel so lucky.”

“I work on our relationship with the military at its very earliest stages to make it stronger and better, and I’m responsible for a series of training classes with the air force for ICBM officers,” said Jonathan Ventura, executive advisor to the principal associate director for weapons programs at LANL. “I’m also in charge of about 25 to 35 students from the U.S. Military Academy at West Point, the U.S. Naval Academy at Annapolis, the U.S. Air Force Academy and the U.S. Merchant Marine Academy who come to the laboratory during the summer for four to six weeks – this is the next generation of military officers, and we expose them to the laboratory’s technology and people. Finally, I’m responsible for some recruiting efforts, and I help translate some of the science and technology we do so that air force captains, majors, lieutenant colonels and colonels understand why what we’re doing is so important for the nation.”

2. Why did you choose to work at LANL?

“Working at LANL is my dream job,” Lanza says. “I’m so happy I’m actually here. I started my career with the laboratory as a post-baccalaureate student in 2002, and after getting my master’s degree in Connecticut, I came back to LANL to work as a graduate student as I earned my Ph.D. at the University of New Mexico. I actually chose UNM because of the connection it has with the laboratory, and because I knew I wanted to work on the ChemCam project. I’ve always been interested in space missions, so the LANL’s Space and Remote Sensing group is the perfect place for me.”

“I was always intrigued by the laboratory, and I was delighted when the opportunity was presented to apply for a vacancy here,” Ventura says. “Plus, the community in Los Alamos is wonderful. Our school system is top-notch, and the quality of life is excellent. You don’t have to worry about locking your door every night or other things you’d think about in a larger city. It has a 1950s, small-town feel, which is really nice to have in these highly stressful times.”

3. What’s the best part about working at LANL?

“We have a really robust student program, which I came up through myself, so there are lots of opportunities to work with and mentor students,” Lanza says. “I can never fully thank the people who took a chance on me when I was an undergraduate, but the next best thing is bringing up other students. People think of research facilities as places where you don’t get to mentor or teach, but that’s not true here – I get to work with students all the time. It satisfies my desire to help the future generation.”

“This is the best job I’ve had since graduate school,” Ventura says. “LANL is a remarkable institution with a distinguished history, and we’ve made contributions to the safety and security of the people in the U.S. for more than 70 years. The most remarkable aspect of the laboratory is the people; we have world-class experts in just about everything, and it makes this such an amazing place to work.”