Skip to content
Home > NM > Los Alamos > Where to Live Now > What Is Los Alamos Weather Like?

See why Los Alamos residents rave about the area's weather. 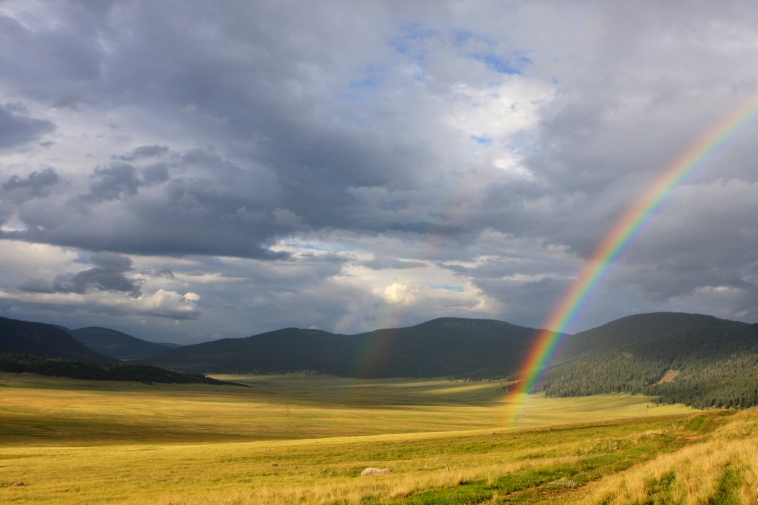 With more than 300 days of sunshine each year, it’s easy to see why one of Los Alamos’ main selling points is its weather. Want to learn more? Here’s a look at what you can expect throughout the year:

The fall months are fairly mild in Los Alamos, with its warm season ending in early September and its cold season beginning near the end of November. September’s average high is 72 degrees, while October and November cool down to an average high of 61 and 49 degrees, respectively. Rainfall is moderate during the fall, so residents can still enjoy the community’s many outdoor attractions throughout the season – just be sure to bring a jacket or a sweater along, especially if your plans have you outdoors after the sun’s gone down.

This Will Make You Jealous You Don't Live in Los Alamos

According to Ryn Herrmann, marketing manager for the Los Alamos Commerce & Development Corp., it’s either “snowing like crazy or bright and sunny” during the wintertime in Los Alamos, and it’s pretty chilly. In town, locals can expect to see about 14 inches of snow each year, but Pajarito Mountain gets more than 100 inches of snow annually (this comes in handy for those who enjoy skiing and snowboarding). Although the average low temperature in January is 19 degrees, Los Alamos’ cold season ends in mid-February, so residents don’t have to bundle up for long.

Los Alamos’ spring season is windy and dry, and it’s fairly cool; March’s average high temperate is 51 degrees, April’s is 59 degrees and May’s is 69 degrees. A climatology report from the Los Alamos National Laboratory indicates sustained wind speeds exceed 8.8 miles per hour about 20 percent of the time from mid-March to early June, and these high winds are usually associated with frontal passages, thunderstorms and mid-latitude storm systems. However, tornados are not a concern in Los Alamos as there are no reports of any touching down in the area.

8 Reasons to Move to Los Alamos

The area’s humid continental climate results in toasty summers, but due to its high altitude, the temperature rarely soars above 90 degrees – not bad, right? Plus, there’s plenty of rain to cool things off because Los Alamos gets the most rainfall during the summertime; while June is fairly dry, the city’s “rainy season” begins in July and extends through August. Averaging 3.58 inches of rain each year, August is Los Alamos’ wettest month. Basically, it’s a good idea to pack an umbrella when you embark on outdoor excursions during this season.