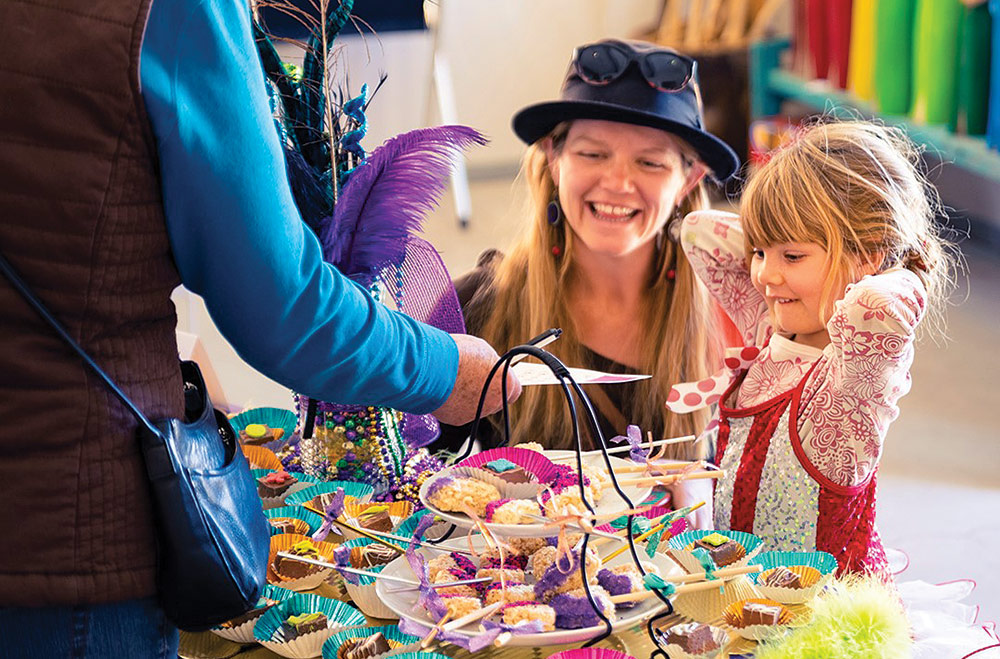 New Mexico checks all the boxes on any list of amenities that make a state – and its communities – an inviting place to live.

Thirty-five state parks and 10 national monuments, hiking, biking, horseback riding, skiing, hunting, fishing and just about every other outdoor activity are available here. This makes New Mexico particularly attractive to those who enjoy active lifestyles, with a beautiful view to match.

New Mexico thrives on diversity, offering a multicultural experience, and it is one of just four states with a majority-minority population. Plus, the cost of living is affordable, with overall costs below the national average and housing prices at just 77.8% of the U.S. average.

Every community in New Mexico offers its own unique identity with amenities to match, creating a sense of place that attracts young professionals and retirees alike looking for a high quality of life. 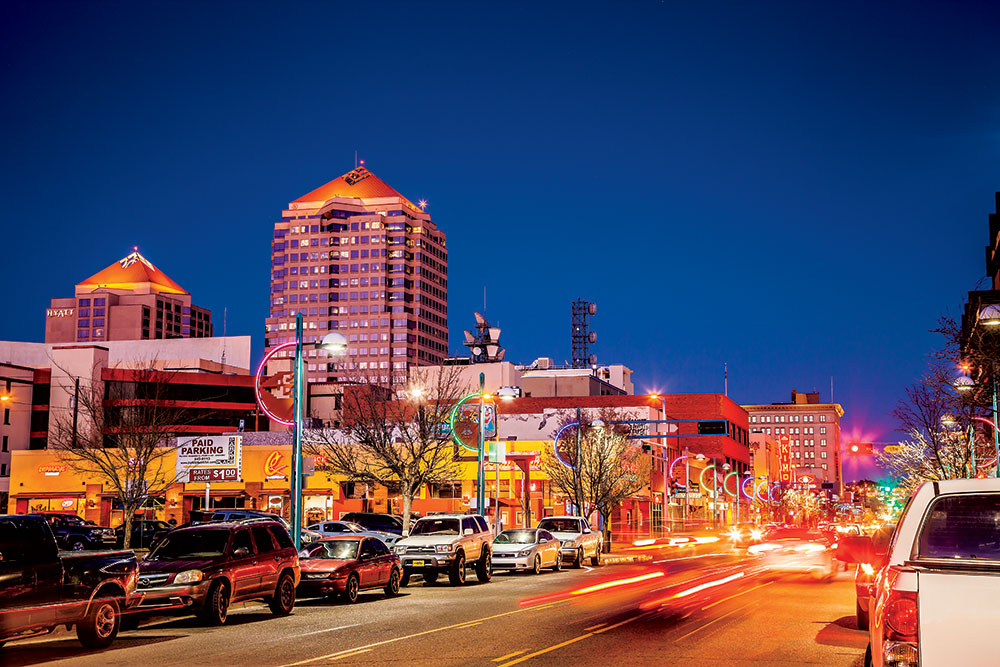 Farmington is investing in its downtown and is one of 30 communities affiliated with the New Mexico Main Street program, which supports downtown revitalization and economic development efforts. In Farmington, for example, an effort around “complete streetsâ€ concepts created a more walkable and inviting downtown.

“The transformative nature of these projects can’t be underestimated,â€ says Warren Unsicker, Farmington’s economic development director. “It brings vibrancy to downtown and the community as a whole.”

Farmington is the economic hub for the Four Corners region and serves a market of more than 300,000 people from the region and all four states. The city is also the center of jobs,retail and recreation in the region.

“Farmington is a great place to live,â€ Unsicker says. “We have a low cost of living and are central to incredible outdoor recreation assets.”

New Mexico is a state that values its arts and culture tradition. Visual and performing arts are presented in every community. Local, national and global artists are showcased in the more than 40 art museums and hundreds of galleries. Eight state museums highlight everything from farm and ranch history to space exploration.

“New Mexico is an untapped wilderness of beauty and incredible intelligence,â€ Unsicker says. “Los Alamos and Sandia national laboratories are innovative. We have vistas and views and parks and national landscapes that you can’t find anywhere else. People can come and find fulfilling and exciting jobs in science, technology, space transportation and the arts. At the same time, our residents can escape into the wilderness and enjoy nature.” 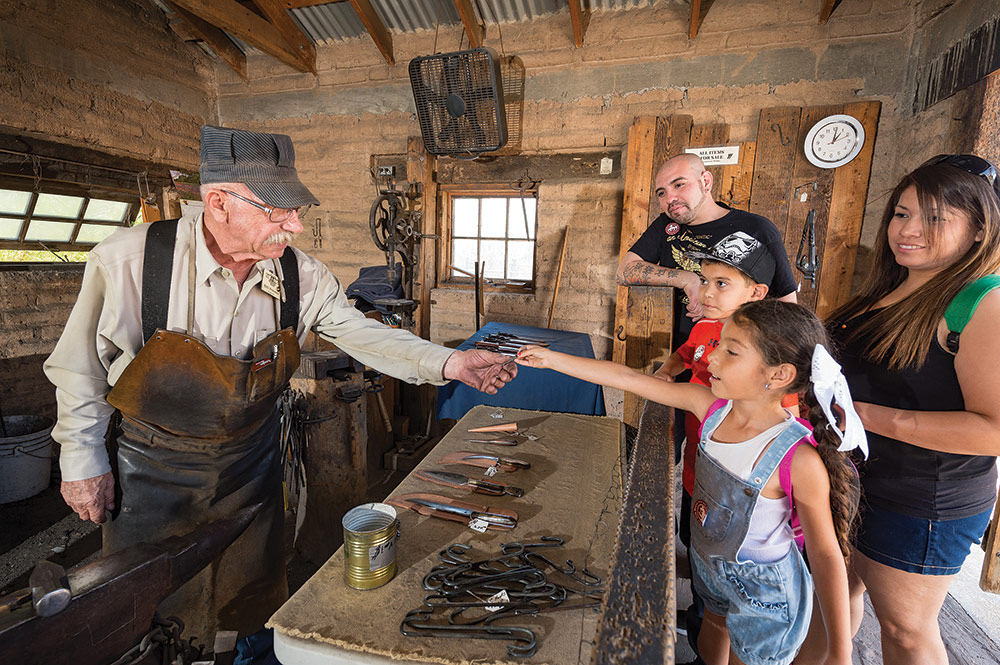 Always Something to Do

Megan Pauly of Albuquerque agrees. She grew up in Aurora, Colorado, and moved to New Mexico to attend school and play on the women’s soccer team for the University of New Mexico. After graduating, she chose to stay in New Mexico and pursue her career in marketing.

She currently works for both TLC Plumbing and Viante New Mexico and helps both organizations with their marketing initiatives. Additionally, she does contract work for a local marketing firm called High Tide. Her husband, Sean, works for Sandia National Laboratories.

“One of my favorite things about New Mexico is the abundance of outdoor recreation,â€ she says. “Even during the winter, I can take my son for a walk down by the river or go for a run with my dog.”

She also enjoys taking her son, Bodie, to Meow Wolf, a popular Santa Fe-based arts and entertainment company that creates immersive, multimedia experiences and also features a hands-on immersive experience at their Santa Fe House of Eternal Return exhibit. Time Out ranked it No. 4 on its list of 50 best things to do in the world right now. 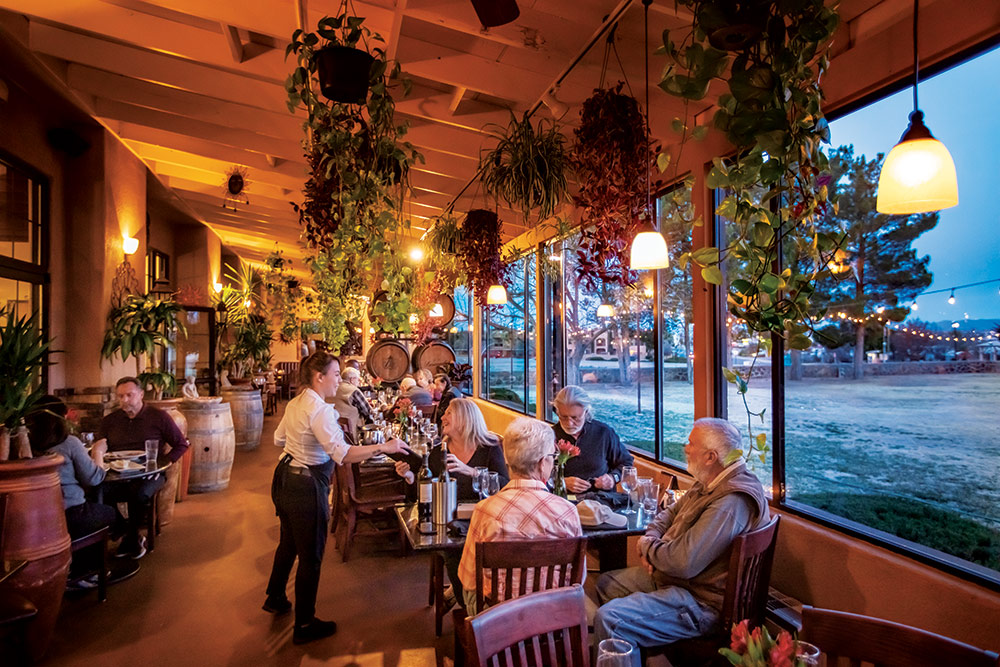 New Mexico also offers distinctive cuisine, with restaurants that are flavored by the various cultures that give the state its history. There’s even an official state question that centers around an iconic condiment. “Red or green?â€ refers to the color/flavor of the chile used in enchiladas, carne adovada and other New Mexico specialties.

“The answer to that question is Christmas,â€ Unsicker says. “Why choose when you can have both?â€

The Lescombeses say New Mexico’s climate of hot days and cool nights is ideal for growing wine grapes, and they plan to continue into the future.

“It’s who we are and what we do every day,â€ Florent says. “We’re sixth generation and hoping the seventh comes on board. It’s important to keep that legacy. In the wine business, when you grow and sell grapes, it takes more than one generation to have a successful business. It’s a long-term project that requires a lot of passion.” 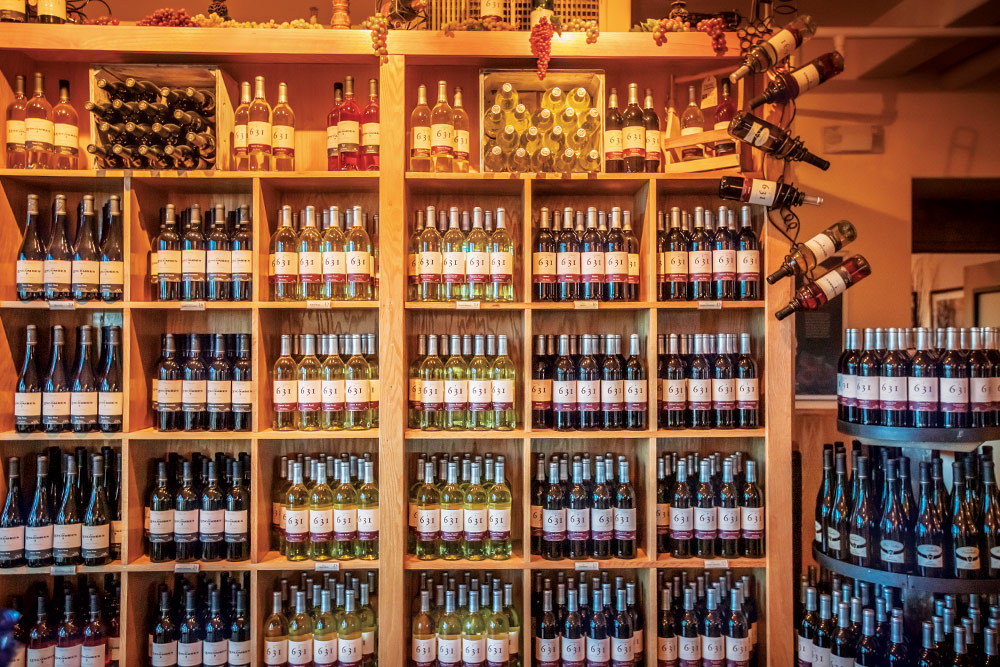 With more than 85 breweries, 50 wineries, a dozen or so distilleries and a handful of cideries, New Mexico has a growing and thriving craft beer, wine and spirits industry.

Craft beer production in the state has increased 2,000% in the last 20 years. Craft beer producers turned out more than 135,000 barrels in 2018 and the state ranked 10th for breweries per capita, according to the Brewers Association trade group.

The state’s long history of winemaking dates back to 1629, when the first grapes were planted along the banks of the Rio Grande, creating the foundation for the American viticulture industry. Today, New Mexico’s wineries and tasting rooms are a destination for thousands of visitors each year.

D.H. Lescombes Winery is the state’s largest, operated by the Lescombes family, sixth-generation French winemakers. They operate a 200-acre winery 50 miles outside of Deming as well as wineries and bistros in several other New Mexico communities.

Founder HervÃ© Lescombes came to New Mexico from Burgundy, France, where he ran a successful winery. He planted his first grape vines in New Mexico in 1981 and bottled his first vintage in 1984. Today, his son, Emmanuel, is the viticulturist and oversees the vineyard while his other son, Florent, serves as president and manages the winery.