Plenty of outdoor recreation and a lively nightlife scene make Reno a great place to live. 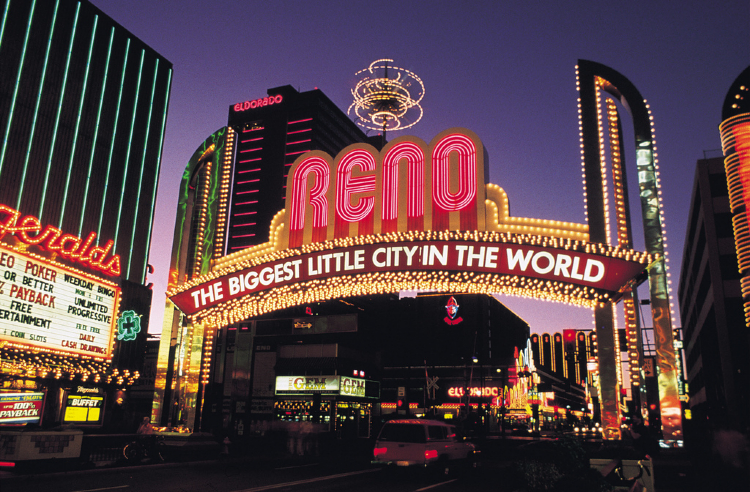 Even if you never play a hand of blackjack, or spin the roulette wheel, casinos add to the attraction of Reno as a tourist destination and as a best place to live for its 225,000 residents. As the gaming industry has matured, casinos have become event centers that draw in top-notch entertainment and concerts. They stepped up their game in terms of culinary offerings, moving from the all-you-can-eat buffet to more high-end options that are great for residents and tourists alike.

The constant flow of tourists, both for the casinos and for the skiing in the surrounding Sierra Nevada mountains, helps keep the economy flowing and provides a stable audience for concerts, events and cultural attractions. It helps maintain the city’s reputation as the “biggest little city.”

Reno scored well in our ranking for amenities, owing in part to the large number of golf courses and farmers markets but also to its milder climate in the high desert, which means it’s actually comfortable enough to take part in outdoor activities, as well as to enjoy the biking culture that has been growing in Reno. City Manager Andrew Clinger says the city has been focused on creating bike lanes. “You drive around the city on any given day, you’ll see lots of folks on bikes,” he says. That, and the city bus system helps keep commute times much shorter than the U.S. average.

Reno also scored well for education with the University of Nevada’s Reno campus leading the way in attracting students, and the younger residents also contribute to the cultural landscape. Reno even has its own baseball team, the Aces, who won the Triple-A World Series in 2012 and hosted the 2013 Triple-A All-Star Game.

For those who find the mountains too distant, there’s BaseCamp, an enormous climbing wall, one of the world’s largest, right in the heart of downtown. Towering above Reno, the 164-foot structure allows its most agile residents to get a unique view of their city.