How much does your life — and your bank account — change when you leave one of the most expensive cities to live a more simple life in a small town? 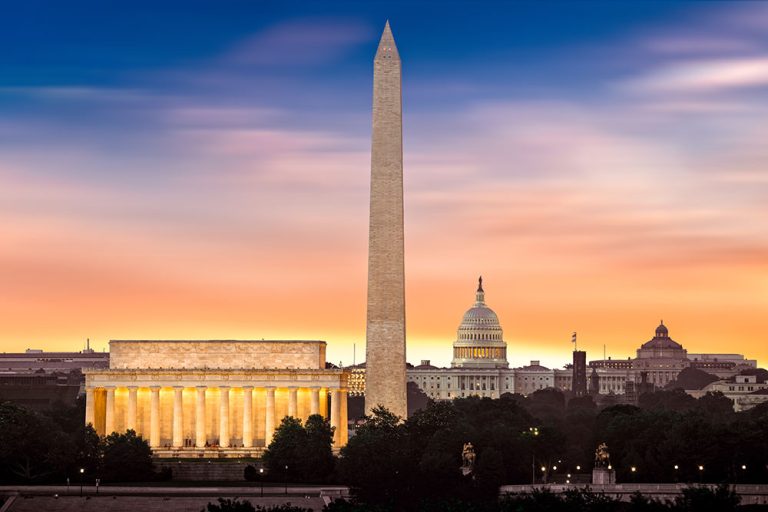 Thinking of leaving Washington, DC because it’s too expensive? Interested in moving to a small town or rural area? As part of our Cost of Living Diaries series, we got all the details from a woman who did just that!

Job in rural New York: After two years of trying out different things, I’m back at my DC job, mostly working from home.

Rent in DC: $1,850 monthly rent, plus utilities for an 800 square-foot, one-bedroom apartment. It wasn’t in the best shape, but it had a lot of character.

Mortgage in rural New York: $800 monthly payment (mortgage, taxes, insurance) for a four-bedroom farmhouse on three acres. Also not in the best shape, but has a lot of character!

In a very large sense, it was about quality of life. After 30+ years living in medium and large cities, I was losing steam with the constant hustle, bustle, and noise. Increasingly, I craved space, quiet and peace. Along the way, I met a man (now my husband) who spent his entire life in the area where I now live. After a year of dating long distance, I moved here.

I knew the cost of living would be lower, but what I didn’t realize is that it’s due almost entirely to the cost of housing. So while my personal expenses are lower now, it’s not by nearly as much as I anticipated.

What was it like looking for housing in rural New York?

The housing market here vs. DC is almost laughably different. I got a four-bedroom house with land for the same price I would’ve paid for a small condo in an outer-ring suburb in the DC area.

I bought the first house I looked at and had zero competition, but I don’t think that’s typical around here.

I’d say there are two categories where cost of living changed for me:

1. Costs that would be different for anyone. For example, vet services are WAY cheaper here. Meals out are probably a bit cheaper, but not always.

There are a lot of family farms in the area, so we can get fresh produce, eggs and meat for less. But flying is more expensive because you have fewer options. In general, the farther you’re willing to drive to an airport, the cheaper the tickets and the more likely you’ll be able to get a direct flight.

Also, there’s only one internet provider with cable (vs. DSL) so it’s virtually impossible to negotiate your rates down.

2. Costs that are specific to my situation. I used to live alone and now have a husband, a stepson in elementary school, and two big dogs, so groceries and other run-of-the-mill life expenses are higher.

I used to walk most places or rely on public transportation, but I have to drive everywhere here. Now I own a car and have expenses related to that. My home is substantially larger and older, so my utility bills are bigger, especially during the winter.

This is a hard question for me to answer because my life situation changed in so many more ways than just where I live. Becoming a (step)parent had a huge impact on that overall.

The biggest thing: I travel less often than I used to and we’re more likely to drive than fly.

What do you love about your new home?

I love so many things about living in the country. My house is surrounded on three sides by woods. In the morning I can walk out onto my back deck with coffee and watch the dogs run around the yard without worrying that anyone will see me in my PJs.

The pace of life is a lot more relaxed, which appeals to me.

Most people I know here aren’t very politically involved, and I really enjoy having more mental distance from the political crucible that is DC. Don’t get me wrong, I still get stressed and upset like so many others, but it’s not a constant anymore.

How to Love Where You Live: Wave Your Sign

What do you miss about DC?

Sidewalks and public transportation. Running in the National Zoo early in the morning when it’s just me and the animals. Being able to walk to Target. Oh, how I miss this! Now the nearest Target is 45 minutes away and in another state.

Initially, I was surprised by how long it took me to feel settled. Even though this was a move I was excited to make, learning to live a different lifestyle was a big adjustment.

But now what surprises me is how much I’ve embraced the country lifestyle. I camp now. I’ve helped my in-laws collect eggs from their chicken coop. My vegetable garden is flourishing in its second summer. I’ve been four-wheeling and ice fishing. Instead of going out to bars, we have backyard bonfires.

What advice would you give to someone who’s interested in moving to a smaller town?

When moving somewhere rural-ish, do some research ahead of time to find the nearest supermarket, hardware store, coffee shop, bookstore, gym, etc. You may find it’s all a lot farther away than you imagined it would be.

Yes, you can buy pretty much anything on the internet, but for those last-minute needs, it’s helpful to be mentally prepared for how long it could take. If you’re looking for a small town but aren’t tied to a specific one, this may help you narrow down your list.