How does moving from a big, expensive city to a smaller, more affordable one really affect your budget and lifestyle? We wanted to know — so we asked. 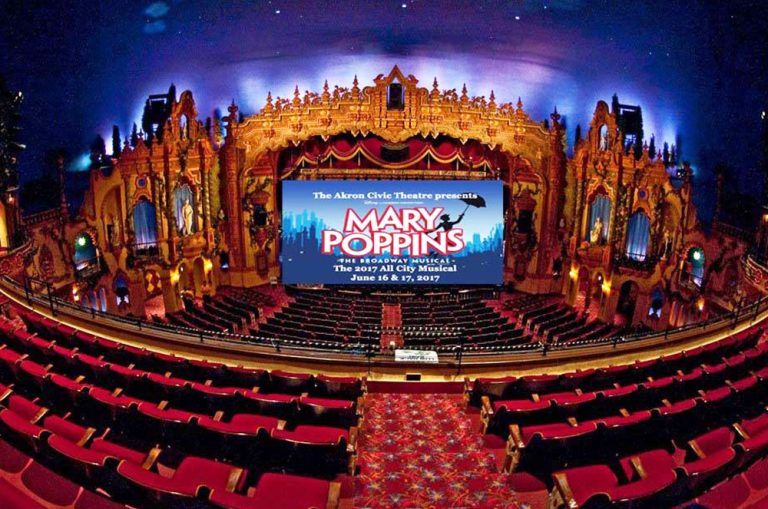 Interested in moving somewhere with a lower cost of living? Not sure which cities are more affordable? The Cost of Living Diaries is our new series where we talk to people who’ve moved and find out how it has affected them, their finances and their quality of life. Including the nitty gritty details (Why did you move? How much is your rent? Can you have a fun night out without going broke?) that we all really want to know.

Today we’re talking to Maggie who relocated from Chicago, IL, to Akron, OH, about how her new city has affected her budget – and her lifestyle.

Rent in Chicago: $1084 a month for a studio apartment. It was a pretty nice apartment, mind you, but it was still a studio. And nowhere near downtown!

Rent in Akron: $596 a month for a one-bedroom. It also comes with a small storage room, an attic, a patio and a tiny front lawn. It’s ten minutes from downtown and it’s in the “cool neighborhood.”

I was pretty unhappy at my job in Chicago and had started looking for a new one. I was deep in job-hunting misery when I went to a colleague’s wedding and met his mother at the reception. She lives in Ohio and was hiring for a job that was essentially my perfect fit. She hired me, and I moved two months later.

My first time visiting Ohio was my in-person interview so I didn’t really know much about cost of living. I knew it was significantly lower – which was good, because I took a pretty hefty pay cut.

I remember being shocked by rental prices when I was apartment hunting, and I didn’t even live in an expensive part of Chicago!

What was it like looking for housing in Akron?

The Akron market felt much easier than Chicago. I didn’t feel as much pressure to sign a lease immediately. And it’s not this weird scavenger hunt to find a decent apartment, so I was able to look on my own.

It’s also worth mentioning that traffic/rush hour in Akron (or even Cleveland, which was another option for me) is nothing compared to Chicago. I wasn’t nearly as limited by commute considerations in Akron, because it doesn’t take two hours to go ten miles. This isn’t true in all parts of northeast Ohio, because some of the highways in Cleveland can get pretty nasty, but in my experience, I felt quite a bit more flexibility in terms of location.

I almost never pay for parking these days! And if I do it’s, like, $3. Downtown Cleveland can be a little more, but nowhere near Chicago prices. Street parking is often free outside of work hours, so even if I’m out and about, it’s usually free.

It’s cheaper to have fun in Akron. Northeast Ohio has an incredible county park system, not to mention the stunning Cuyahoga Valley National Park, all of which are free – no entry fees! I’m always hiking or running the trails or kayaking the river with friends. I almost always had to drive a while to get to any green space in Chicago. Now it is literally out my front door or a short drive.

I took a pretty hefty pay cut when I moved, so there were no significant differences right away. I was just surprised that I was able to maintain my lifestyle on a smaller salary, in a bigger apartment!

But now that I’m making $5,000 more than I was making in Chicago and still living in the same apartment, I’m able to save an unbelievable amount for retirement and such. My boyfriend and I are planning a trip to Portugal. I bought a kayak.

It wouldn’t have been possible to do all those things in Chicago. Plus I don’t get anxiety stomachaches over car repairs or new shoes. I can handle these things now.

What do you love about Akron?

The parks! There is so much green space here. The people are great, too. Very down to earth, relatable and welcoming. People work hard but it’s not generally a competitive culture, which I like. I found it very easy to make friends.

Akron doesn’t have a specific reputation for being a certain type of city, either. There’s kind of something for everyone. Small businesses and startups are huge in Akron right now, which is so exciting. It’s easy to have fun if you know where to look!

What do you miss about Chicago?

I lived pretty close to the Blue Line, and I liked being able to hop on the train and visit one of the trendy neighborhoods or head downtown without having to worry about parking. That was so convenient. Chicago also has a ton of amazing vegan restaurants. There are a few good ones in Akron, but not nearly as many.

I was NOT excited about living in Akron when I moved. I moved for the job, not the location. But, as it happens, I love Akron! It’s a much better fit for me than Chicago ever was. The city is much easier to “get to know,â€ and it felt like my city very quickly. Chicago never really felt like it was mine. Also, Akron isn’t a destination city the way Chicago is. People are loyal to northeast Ohio. The vast majority of my friends are from the area.

What advice would you give to someone who’s interested in moving to Akron?

You will love it here if you’re willing to go looking for fun. It’s not going to fall in your lap the way it would in a big city. You have to put in a little work to find your people, but when you do, living here is so worth it. And you’ll be able to afford it because you’re not paying an arm and a leg for rent and parking!

P.S. Not sure if you should move? Take this quiz and find out!