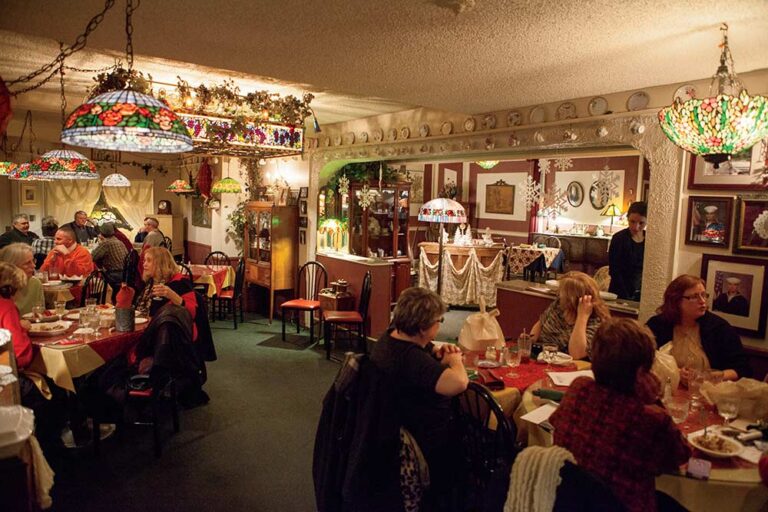 Fulton and Montgomery counties have plenty of great places to dine. Here are just a few of the best-known restaurants, by location.

Raindancer Restaurant opened in 1980. It serves a menu of more than 80 dishes, some of the favorites being filet mignon, prime rib and scallops. The upscale restaurant’s cocktail lounge offers a wide selection of beers and wines.

Besides having delicious food, Karen’s Produce and Ice Cream has an inspirational comeback story. After incurring heavy damage from flooding in tropical storm Irene in 2011, Karen’s reopened in April 2012 for customers to again enjoy its signature burgers, soft-serve ice cream and many farm stand goodies.

Miss Johnstown Diner has been a destination on Main Street for more than 90 years. It serves traditional diner mainstays such as sandwiches and homemade fries, and such interesting selections as sausage cheeseburgers and fresh macaroni salad and gravy.

Mohawk Harvest Cooperative Market opened in August 2009 as a grocery store that supplies locally produced fruits, vegetables and dairy products, maple syrup, honey and fresh coffee selections, among many other items. The market’s cafe relies on many of these local ingredients to feed loyal lunch patrons flavor-packed sandwiches, soups, pastries and more.

Wine and Roses Restaurant on West Main Street serves everything from full-course meals to short-order dishes such as burgers, sandwiches and comfort food. Everything is made with fresh ingredients, and many items are made from scratch ““ including the ketchup.

Parkside Drive-In is only open in the summertime, but it’s definitely a cool choice thanks to its ice cream selections. Parkside has homemade, gourmet scoop ice cream along with creamy soft-serve. Best seller? German chocolate.