Skip to content
Home > NY > New York > Education, Careers & Opportunity > How Much Does It Really Cost to Move to NYC?

How much does it really cost to live in New York City? We asked someone who relocated to give us all the details. (And we mean ALL.) 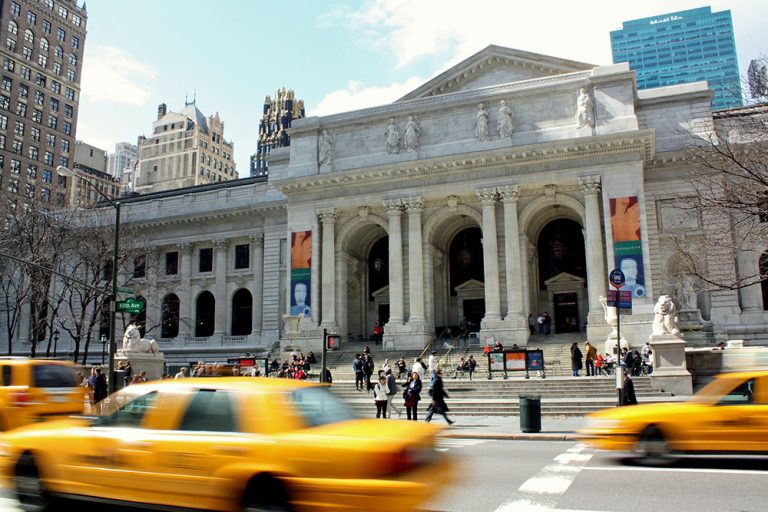 Thinking about moving to New York? Wondering how much life in New York really costs?

The Cost of Living Diaries is our new series where we talk to people who’ve moved and find out how it has affected them, their finances and their quality of life. Including the nitty gritty details (Why did you move? How much is your rent? Can you have a fun night out without going broke?) that we all really want to know.

Today we’re talking to Dee who relocated from Tempe, AZ, to New York City, about how her new city has affected her budget – and her lifestyle.

Rent/mortgage in Tempe: $377 (for a huge shared room in a 4-bedroom house)

Rent/mortgage in New York: $700 (for a tiny windowless bedroom in a 2-actual-bedroom apartment.)

I had just graduated college (double-majored in Fine Art and Marketing) and I’d always wanted to move to New York, like so many bright-eyed dreamers.

The contemporary art scene in Phoenix is definitely growing, and there are a few places doing consistently interesting work (like NueBox). But Phoenix isn’t on the scale of New York’s art scene (yet). My idea, beyond visiting a couple times and always feeling a tug of “I don’t want to go home yet,” was to experience NYC’s art scene. I wanted to see what I could learn and potentially take home to Phoenix.

Also, I was dating someone at the time who had recently moved to New York. I see myself as pretty independent, so I’d like to imagine that didn’t play a role in it, but it definitely did.

I did NOT fully grasp how different it would be. In Tempe, I was extremely fortunate to be largely supported by my parents throughout college. I had a full tuition scholarship and didn’t lead an extravagant life by any means, but still – I definitely recognize this was a privileged position.

They always said my “job” was to be a student, and insisted on me saving most of the money I made from working as a part-time Digital Marketing Manager for a small startup.

I graduated in early December 2016 and moved to New York in mid-February 2017, so I had a couple months fully supporting myself in Tempe. That’s when I got a real sense of grocery prices and what have you.

What was it like looking for an apartment in New York?

When I started researching online, I kept seeing articles about “avoiding broker’s fees.” One suggestion was to use Listings Project, which I still recommend to everyone. I quickly realized that $800 was the average per-room price I could plan on paying. The low end was $600, which was really rare. And $400, of course, was nonexistent.

Rooms also move really quickly in New York, and people don’t really post open rooms more than one month in advance. A few weeks before I moved, I lucked into a beautiful three-month sublet for $850. I “toured” the room on Skype.

I repeated the process when it was time to look for a more permanent place, and ended up choosing my current apartment because the rent was “cheap,â€ but more importantly, because I really clicked with my roommates. At this point in my life, I’m happy to forgo, y’know, things like “light” or “air conditioning” if the people I live with are genuinely wonderful humans.

Everything. Everything! Movie tickets were suddenly $15 instead of a cool $8. I didn’t have laundry in my backyard (or a backyard at all), so each load is about $4. Annoyingly, even a lot of “free” events advertised in New York-specific thrifty mailing lists had sneaky costs – like free comedy shows … with a one-drink minimum. And a MetroCard became a necessary cost, which is about $120/month.

Ha! Yes. I live very, very simply. It’s taken a lot of trial and error, but I feel like I’m finally in a good rhythm.

I cook almost all of my meals at home. I planted a garden on my fire escape and it brings me endless amounts of joy. (I announced to my roommate the other day, “My lime basil is so HAPPY!”) I love spending time in parks, garden stores, and wandering around beautifully-curated bookstores. I tend to meet friends at one of our apartments or in a park instead of doing the coffee/cocktails thing.

What do you love about New York?

New York is a microcosm of the world. There are people from literally every country somewhere in New York, and people talk casually about the Bangladeshi, Jamaican or Russian neighborhoods. Every kind of food, every single ingredient, is available somewhere.

A very dear friend of mine has been teaching English in Japan for two years and is about to move home. I love that I’ll be able to buy him some shelf-stable Japanese food items from Little Tokyo and ship him a care package. This is UNQUESTIONABLY my favorite thing about New York.

I love, love, love the energy of the city. So many people living in New York are passionate, scrappy, resourceful people with big dreams. And New Yorkers get a bad rap for being unfriendly, but that’s absolutely not true.

Also, people are willing to help each other out – I think everyone realizes that the city wouldn’t function otherwise. I always see strangers helping moms carry strollers up the subway steps, or confused people on the train getting lovingly and efficiently pointed in the right direction.

What do you miss about Tempe?

My family. My friends back home. My dogs. The gorgeous, gorgeous desert – craggy purple mountains and endless saguaros and the huge starry sky.

The person I’ve become because of it. I’m so not concerned with what strangers on the street think of me, because you can’t be in New York or you’d have a nervous breakdown. I’m so much better at saying what I think, asking for what I want, and just throwing myself into things without knowing how it’ll work out. My interest in food history was a big surprise. My heretofore unknown love of gardening is another happy surprise.

I’m also a little bit of a coffee snob now, which I wasn’t expecting. (Though not so much of a snob that I won’t happily take a $1 coffee from a coffee-and-bagel cart.)

What advice would you give to someone who’s interested in moving to New York?