Aside from just being, well, one of the greatest cities in the world. 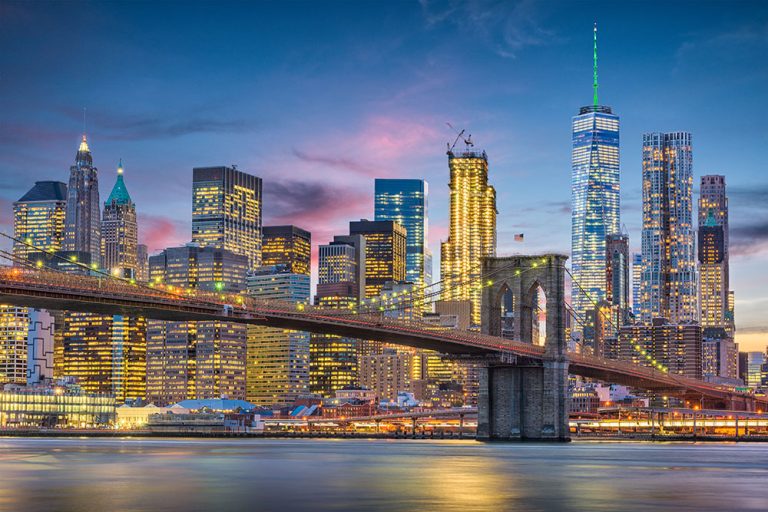 New York is a destination not solely for the tourist, but also the roaming artist or hopeful businessperson. People relocate to New York because they need a change of pace. And that pace is usually upbeat and at times frenetic, but in the best possible way. There is simply no other place like it in the world, and if you can keep up with the rhythm that is NYC, then move immediately. Here are the eight reasons (out of hundreds) you should drop what you’re doing and move to the Big Apple.

This is also known as, “The freedom that comes without worrying about a car, parking, tickets, and … parking.” Sure, some people do own vehicles in the city (bless their hearts), but most rely on the public transportation. The subway system is easy once you figure it out and you can get anywhere you need to go.

2. Everything’s a Train Ride Away

Everywhere you want to go (except perhaps T-Swift’s penthouse) is essentially accessible to you in New York. It’s all a train (or cab if you’re feeling fancy) ride or stop away. You can make it from one side of Manhattan to the other in less time it takes to order a pizza in Los Angeles. It makes going out an adventure and exploring a part of daily life.

It’s true: New York doesn’t have a bedtime; so if insomnia or a lack of inspiration is keeping you awake, the city will continue on an internal clock to keep you occupied until your wits or zzz’s return. See a different type of city at night, one that will keep you dreaming in another way.

10 Things to Do in New York City

Stuff is happening here, man. No where on Earth (probably) is there more culture and art happening in a concentrated area. This city has it all, and there is something for everyone at any time of day in any part of town. Check out the galleries in SoHo or neighboring Chinatown for what the newer artists are currently creating.

If you like to get high, geographically speaking, then New York is the place to be. Climb up to a swanky midtown bar, watch some jazz near Central Park or simply enjoy the view from any office, penthouse or rooftop you can get access to.

Many native city-dwellers don’t dwell in the city at all. They work there; they play there; they spend most of their brilliant time and energy there, but at the end of the day they (eventually) make it back to Brooklyn. There’s something happening in this borough. Perhaps it’s the influx of young, semi-starving artists who could be the next whatever, mixed with its storied history, but people are moving to the area in droves, and you don’t want to be left out, do you?

Through each different neighborhood, the buildings change. The level of busy changes, the types of people change. Thus, it’s best to take it all in by foot. Truthfully, New York is almost too walkable — if that’s a thing. If you’re looking for a cheap way to see the city (and something new), walk down a different street on your way to meet friends. Your Fitbit won’t be able to keep up.

Yes, the food is good. Yes, the pizza is great. But you knew that already. But did you ALSO know they had cronuts here before cronuts were a thing? Visit the Dominique Ansel Bakery for a piece of authentic deep fried heaven. There’s also Levain Bakery on the Upper West Side for possibly the best cookies (worth the line), and of course Magnolia Bakery serving up the cupcakiest cupcakes in the city.