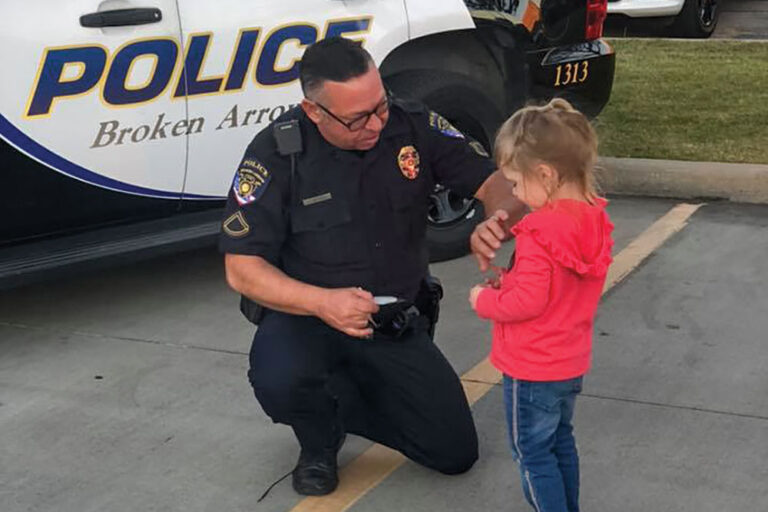 Robyn Havener, a financial adviser and mom of two, refers to Broken Arrow as the “biggest small town.” With a population of just over 100,000, you can run into a friendly face while you’re out and about, and, Havener says the region hosts numerous community events, like a Back to School Bash and a National Night out Against Crime.>

Havener, who grew up in Broken Arrow, moved back to the city in 2006. With housing expenses 20% lower than the national average, the area’s affordability was certainly appealing to her and her husband, but, as the parents of two kids, ages 10 and 12, the safety of Broken Arrow remains a main draw. MoneyGeek recently named Broken Arrow 11th on its 2020-2021 list of 20 Safest Cities in America, making it an ideal city for families and young professionals to call home.

“The people in Broken Arrow are amazing, it’s a super safe community, and there are a lot of opportunities to give back,” Havener says.

She volunteers at the annual Taste of Summer event staged in partnership with local police and fire departments. Last summer, amid COVID-19, the organizers pivoted to host ice cream drive-thrus, encouraging residents to decorate their cars to show support for those working so hard to keep them safe.

As those in public service risk their lives to protect the community, Broken Arrow residents, in return, work hard to honor them. 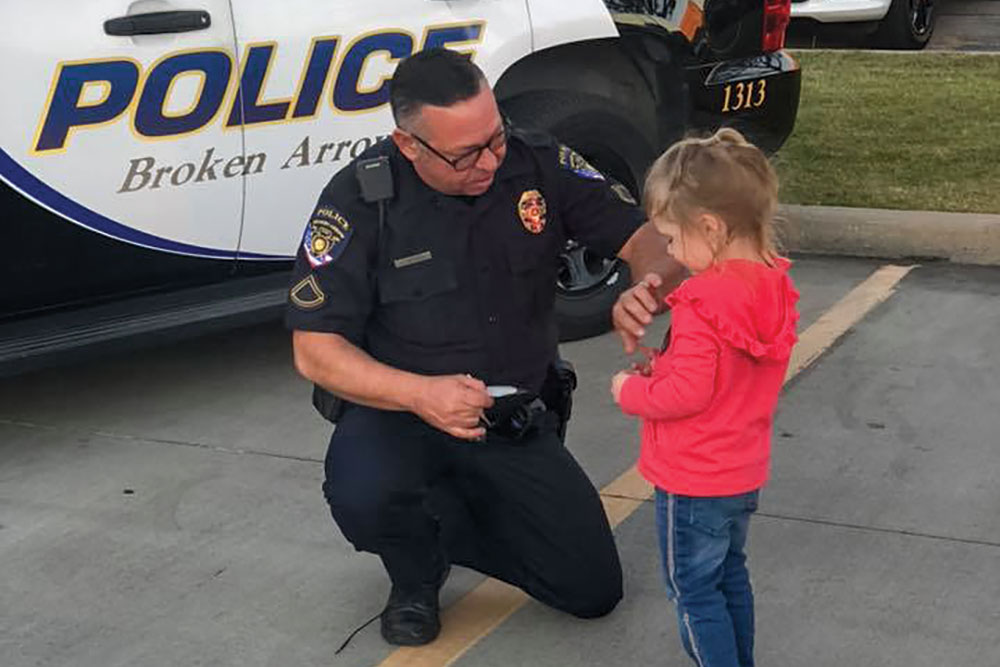 One thing that makes Broken Arrow such a safe place is the police department’s high priority on community engagement, says Lisa Ford, crime prevention specialist for the Broken Arrow Police Department (BAPD). These programs include a Citizen’s Police Academy that gives a behind-the-scenes look at how divisions within the police department run, with an English as a Second Language format available.

Manufacturers in Broken Arrow have a global reach.

Not only does the BAPD participate in National Night Out Against Crime, but it also holds a localized event in October. Ford says the popular Night Out Against Crime â€” Fun and Games on Main draws as many as 40,000 people. Businesses hand out candy, and some do so in creative ways, like when a construction company filled a front loader with treats. Also, police units do demonstrations and pass out candy. While the event was canceled in 2020 due to COVID-19, the department is hoping it will be back in 2021.

BAPD also coordinates a Back to School Bash, which, in addition to games, provides backpacks full of school supplies for kids in need, plus free immunizations and haircuts. The department also relays safety advice, like pedestrian and bus safety. The idea, Ford says, is that if kids are set up for success for the school year, they’ll be more involved in their education and less likely to get in trouble.

These community events provide a fun way for kids, and the broader community, to interact with the police. As part of a community-based approach to policing, officers build close ties to the community and are approachable, should someone need to report a crime, says BAPD Officer Chris Walker. 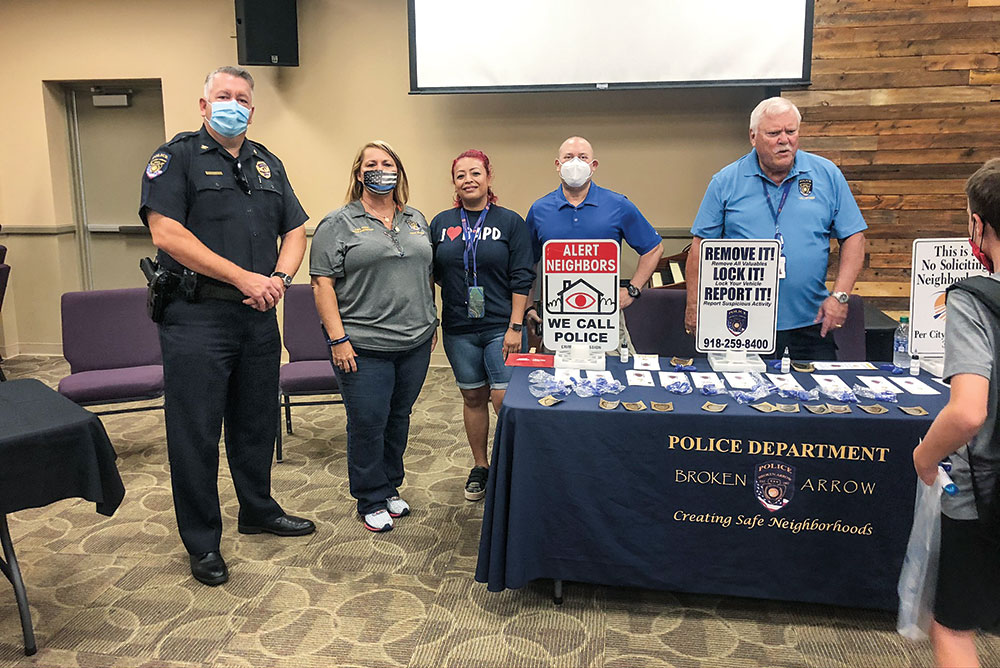 Honoring Those Who Serve

From a Law Enforcement Appreciation Day to Blue Star Mothers who create and send care packages to troops, Broken Arrow is a community that works hard to show its support of those who keep them safe, including law enforcement officers, firefighters and military troops.

“Our community supports us,” Walker says.

Grassroots, for instance, regularly brings meals or has meals delivered to the BAPD. Jeepers Anonymous, a local club for Jeep owners and enthusiasts, gives back by offering everything from family-oriented trail rides to show-and-shine types of events.

Broken Arrow is also known for honoring those who have served our country. For example, the region is home to the Military History Center and Veterans Park, and the community broke ground on a new veterans center in September 2020. 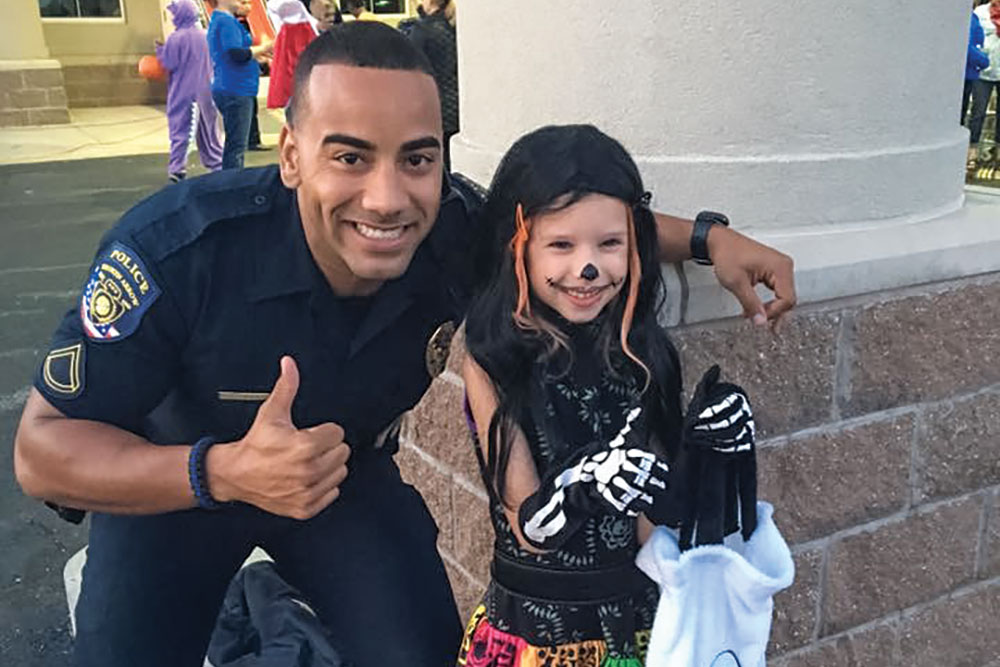 Area firefighters work hard to keep Broken Arrow safe. Not only are they being recognized for their duty/ sacrifice, but the region is in the midst of constructing two new stations to replace a pair of aging facilities.

“Our current Fire Stations 3 and 7 are both about 50 years old and too small and antiquated to operate,” says Jeremy Moore, Broken Arrow fire chief.

Broken Arrow Fire Department has 173 full-time firefighters operating the city’s seven stations. Broken Arrow Fire also provides all EMS transport services for the community. Moore points out that in 2019, the department responded to 12,690 calls from citizens, with nearly 80% of those calls coming from people who needed medical EMS service. In 2020, that attention to care earned the department a prestigious ISO Class 1 Public Protection Classification rating from the Insurance Services Office, a New Jersey-based independent organization that evaluates fire-protection efforts in communities across the country.

“ISO Class 1 is the highest rating possible, placing Broken Arrow Fire among the best departments in the nation,” Moore says.