There's something for everyone in Broken Arrow. 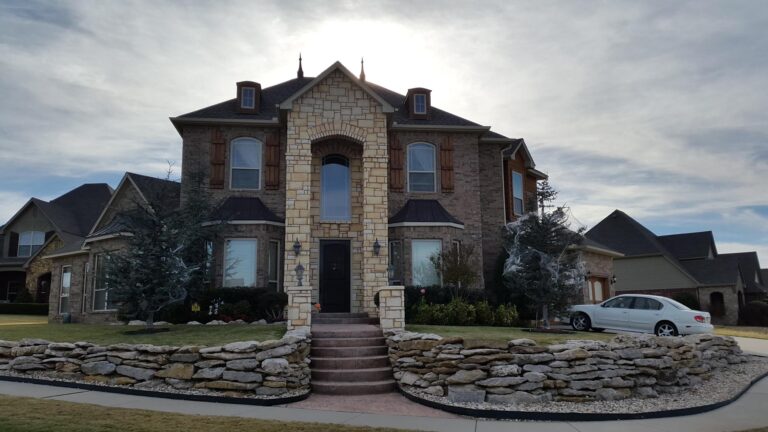 Residents can feel right at home in Broken Arrow, with many fine neighborhoods now and several others under development.

“You would never know we have a population of 100,000 because Broken Arrow has a comfortable, hometown feeling and remains one of the safest cities in America,” says Dawn Seing, realtor with McGraw Realtors. “Broken Arrow for many years was just a bedroom community with limited retail opportunities, but that has been changing over the past five years or so. We also have a strong school district, a higher education element, and are attracting many more businesses.”

For someone moving to the area, here are five neighborhoods where you might want to live in Broken Arrow:

This development started in the early 1990s with prices around $200,000, and today’s homes run $500,000-$600,000. Forest Ridge spans two square miles and has 13 different mini-neighborhoods along with amenities like six lakes, four parks, 10 miles of trails, a swim and tennis center, golf course and a top restaurant.

Established in 2005, Stone Wood Crossing is situated behind the new St. John Broken Arrow Hospital and has 20 floor plans for new homes ranging in price from $200,000-$350,000. The subdivision of full brick houses is located off Elm Street and north of 61st, offering easy access to the Broken Arrow Expressway Corridor.

A large neighborhood with pockets of gated communities within it, Battle Creek is an older subdivision with homes developed around Battle Creek Golf Club and within 15 minutes of downtown Tulsa. The community sits off Broken Arrow Expressway and includes a 378-unit luxury apartment complex that features eye-pleasing architectural designs.

The Reserve at Bradford Park

One of the newer developments in Broken Arrow is The Reserve at Bradford Park, with houses priced at $250,000-$350,000 on the south side of the city. Several floor plans are available in this 90-acre residential community, and various greenspaces are in place along with Indian Springs Golf Course.

One of the newest neighborhoods in Broken Arrow is Iron Horse Ranch, an ideal community for new families and first-time homeowners because of prices ranging from $120,000-$200,000, and a median price of $145,000. Twelve floor plans measure from 1,200 to 2,600 square feet of space, and the subdivision has a splash park, soccer field, two ponds and a playground. Families have the convenience of Indian Springs Elementary and Childers Secondary School.

“Broken Arrow is the second-fastest growing city in Oklahoma, and our residents have a median household income of $65,000,” Seing says. “Beautiful homes are being built at very reasonable prices, making Broken Arrow one of the best and most affordable places to live in America.”