Skip to content
Home > OK > Claremore > Where to Live Now > Claremore, OK Is a Great Place to Live and Work

Claremore, OK Is a Great Place to Live and Work

Many folks are finding a great place to put down roots 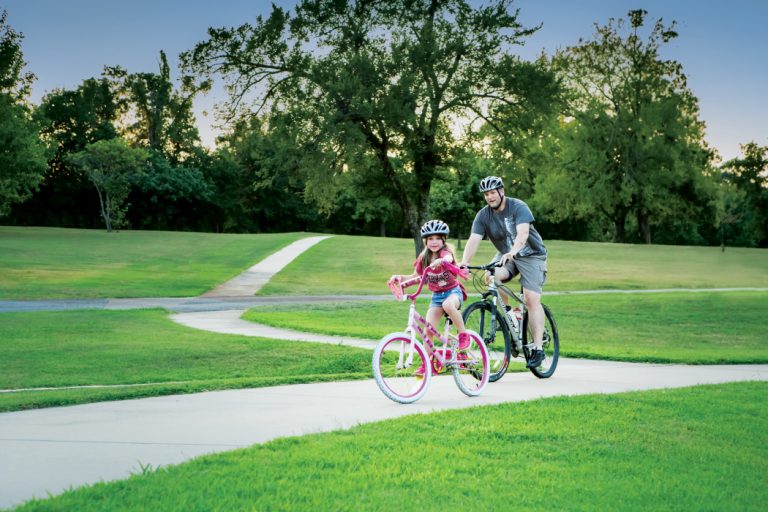 When considering what makes the quality of life so great in Claremore and Rogers County, it’s difficult to know where to begin.

Would it be the educational opportunities, from a mix of public and private schools to a growing university that offers a variety of bachelor degree programs? Or perhaps a downtown that has experienced an eye-opening transformation and become a popular destination? Maybe it’s the recreation and leisure activities, and amenities available for residents of all ages.

Wherever you look to see what makes Claremore such an attractive place to live, work and raise a family, longtime residents and newcomers alike tend to agree that something special truly resides here.

Jessica Jackson, executive director of Claremore Main Street, could sense it the moment she arrived here in summer 2015.

“When I came to interview (for the job), I drove around downtown and fell in love with it,â€ she says. “And I thought, what more is there for me to do?â€

Downtown Claremore has, indeed, gone through a significant restoration in recent years, especially since the nonprofit Claremore Main Street was established in 2002. Since that time, downtown Claremore has seen the creation of around 110 new jobs and 49 new businesses. It’s become a model of sorts for similar communities in Oklahoma.

“We’ve seen almost $19 million in re-investment into the downtown area,â€ Jackson says. “We’re really proud of that. A lot of that is private investment. That’s just people who hear of our mission and believe in it and want to be a part of it.

“We’ve seen more than 22,000 volunteer hours. If you monetize that, it’s another huge chunk. Our volunteers are invaluable.”

With diverse boutique retail, dining and residential options, downtown Claremore attracts a wide range of people. And it continues to evolve, with other projects in the works including the opening of Main Street Tavern in late 2016 and recent renovations to the Will Rogers Apartments.

“I live downtown, and I love being close to everything,â€ Jackson says. “That’s what a lot of residents who live downtown think, too. You’re right there near everything and all the action.”

Activities for All Ages

Claremore’s quality of life also comes from the various recreation, sports and social opportunities available for residents of every age. The 80,000-square-foot Claremore Recreation Center – and particularly its indoor swimming pool – exemplifies what is offered.

“In our indoor pool,â€ says Joel Kays, director of Claremore Parks & Recreation, “we do swim lessons for the kids and aerobics for the seniors. So we kind of joke and say, ‘We start them out at 2 and they’re still here at 82.’ â€

“That’s the best thing and most popular thing we’ve built in years for the park system,â€ Kays says. “It’s crowded every day. It’s been a great amenity for our park system.”

The city plans to open another splash pad in May 2017 at Claremore Lake Park, also a popular spot for families with its picnic shelters, fishing and boating opportunities, and two large playgrounds.

Education is another leading component of Claremore’s quality of life that residents enjoy through the schools that make up the Claremore Public Schools and the Rogers County Schools systems, as well as several private and religious schools. The city also has higher-education options available at Northeast Technology Center and Rogers State University, a four-year university with an annual enrollment of more than 4,000 students.

“We’ve seen almost $17 million in re-investmnt into the downtown area. We’re really proud of that.”