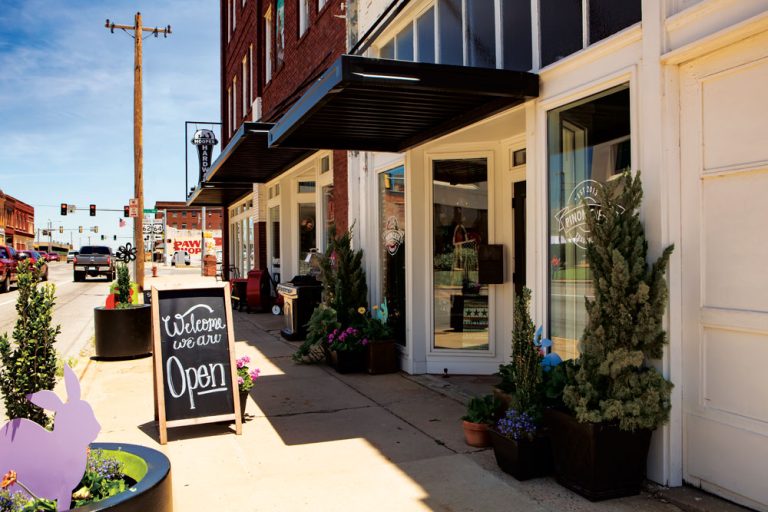 Downtown Muskogee is building momentum, with construction projects underway ranging from new apartment lofts and unique restaurants to specialty shops and entertainment venues. Both the public and private sectors are working to create a vibrant downtown district to the eventual tune, overall, of an estimated $30 million.

“Communities all over Oklahoma and the country are seeing a younger generation interested in what happens downtown, and that includes Muskogee,” says Mike Miller, Muskogee city manager.

One big effort the city completed in 2017 was development of a downtown master plan with the help of the University of Oklahoma and its Institute for Quality Communities. University students and professors studied the downtown district and provided the city with several suggestions on how downtown Muskogee can improve and move forward.

“A key component of the master plan is to improve walkability, making it easier for office workers and visitors to walk to stores and restaurants, and we want everything more convenient and walkable for people who live downtown,” he says. “And as far as safety, Muskogee overall is a low-crime city, and that certainly includes downtown.”

One specific project downtown is Muskogee Brewing Company‘s renovation of an old fire station building on South Second Street. Miller says another key focus for downtown Muskogee is Arrowhead Mall, which is in the midst of new management and trying creative strategies to revitalize itself and the northern sector of the district.

University of Oklahoma School of Architecture students visited Muskogee in early 2017 to make design suggestions for how the enclosed mall could become vital to the downtown renaissance, with such recommendations as adding a grocery store, post office, public library and a business incubator for entrepreneurial startups.

“The students devised some good ideas, and now it’s up to the new ownership to make any future decisions on Arrowhead Mall,” Miller says.

Find the Best Things to Do in Muskogee, OK

“We are setting a date for mid-2018 when approximately a dozen businesses and projects will open their doors on the same day,” he says. “It will be marketed as The Grand Opening of Downtown Muskogee.”

In the meantime, Newby says other efforts are centered on upgrading downtown’s Broadway, Katy and Depot districts.

“We will see $5 million-$10 million in revitalization throughout downtown in the next year or so,” he says. “Possibly much more.”