See what makes Muskogee, OK one of the best places for veterans to live. 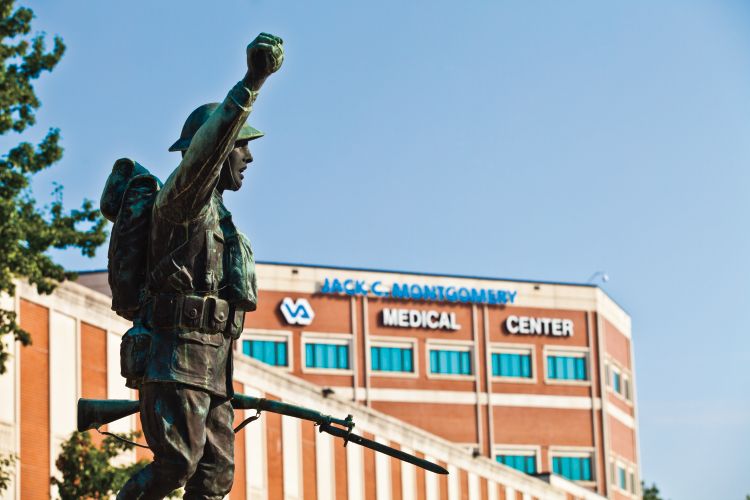 Reggie Hardy is an armed services veteran from Chicago who moved to Muskogee several years ago to work at the Jack C. Montgomery VA Medical Center. Hardy says he wouldn’t want to work anywhere else.

“I play racquetball at a Muskogee church and it’s nice to occasionally relax on Fort Gibson Lake, but working at the VA hospital is what I enjoy most,” he says. “The care at the hospital is exceptional. I get my physicals there, too. I often ask fellow veterans about how they are treated at the hospital, and have never heard anyone say anything negative. They receive quality care and attention at Montgomery.”

Why Muskogee Is a Great Place to Live

Muskogee has a long history of being an attractive place for veterans to live and work, and continues that tradition to this day. The city has an appreciation for history and a strong cultural presence, plus there is a multitude of diverse restaurants, recreational opportunities and continuing education options.

“The Veterans Affairs Regional Office is actually Muskogee’s largest employer, and the hospital is the city’s second-largest employer,” Sorenson says. “The veteran-friendly environment in Muskogee also extends to nearby Fort Gibson National Cemetery, which is a well-visited tourism attraction whose focus is also the military.”

Sorenson is a native of Fargo, N.D., who came to this city with his family in 1998. He says there are several reasons why he has enjoyed his 15 years in Muskogee.

“It’s a good place to raise a family, with church-going citizens and friendly neighbors,” he says. “There is a small-town environment, yet we are close enough to Tulsa to also enjoy big-city amenities.”

The Best Places to Eat & Drink in Muskogee

He adds that there are several annual events aimed toward the veterans’ population.

“They include a Ride for the Vets Bike Rally where all registration money goes toward veteran causes, and a 2013 Valentine’s Day Concert that will star country music star Aaron Tippin,” Sorenson says. “It’s a good life being a veteran in Muskogee.”

Rick Dennis is an Air Force vet who today is park manager at the Muskogee War Memorial Park & Museum, home of the USS Batfish submarine. The memorial is an 8-acre park with a military museum.

“Our main attraction is the USS Batfish that sank 14 enemy vessels in World War II, including three submarines in 72 hours,” Dennis says. “Besides the memorial, a lot of everyday life in Muskogee is connected to the armed services. There is a Civil War battlefield in Honey Springs, and Honor Heights Park used to be owned by the military. There is also plenty for veterans to do, and a lot of armed services personnel are retiring in Muskogee.”

Everything You Need to Know About Living in Muskogee

Dennis says veterans have access to fishing on five lakes that surround Muskogee, and hunting is a popular activity during all four seasons. Muskogee has a marina for launching boats, and Greenleaf State Park is ideal for camping thanks to an assortment of rentable cabins.

“Veterans here receive the respect they deserve,” Dennis says. “Muskogee is proud of those who served and are serving today.”

Check out more on the quality of life in Muskogee, OK.