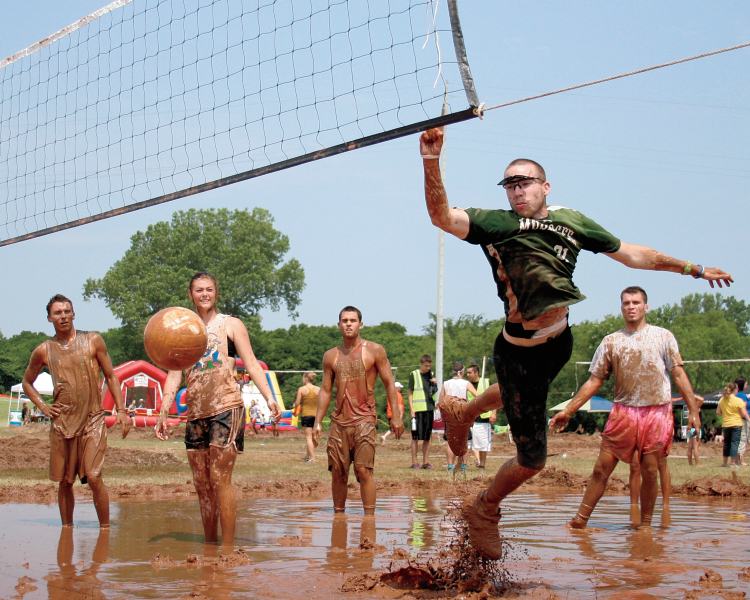 How’s this for a challenge: What will take longer to sort out, the number of festivals and special events in Muskogee, or the types of them?

There’s a reason why “Festival City” is starting to be Muskogee’s nickname. Throughout the year, the city’s attractions and venues host a growing number of festivals, concerts and much, much more. And with more being added all the time, better start filling that calendar in now.

After several years of fundraising and building the collection, the Oklahoma Music Hall of Fame & Museum opened its doors into the newly renovated Frisco Freight Depot. Recently the Move That ‘Boose campaign raised enough funds to relocate a red caboose from War Memorial Park to the depot, where it will serve as an interactive children’s educational facility.

Symphony in the Park

Music lovers here also flock to Honor Heights Park every summer when the Muskogee Parks and Recreation Department presents the annual Symphony in the Park. Those in the know arrive early to stake out prime picnicking spots and stay all the way through the fireworks.

Like your outdoor fun a little more down and dirty? Then go to, or even take part in, the Muskogee County Council of Youth Services and Women In Safe Homes’ annual Muskogee Three Forks Harbor Mud Volleyball Tournament. Contestants battle in two feet of mud!

And while you’re near the water, don’t miss the annual River Rumba Regatta, where you can build a cardboard boat to race by yourself or with a team in several different categories.

Still have some free time? Every May the Castle of Muskogee goes back in time for the Oklahoma Renaissance Festival, a salute to all things English and medieval. The castle also plays host to the Haunted Castle in the weeks leading up to Halloween, with multiple family-friendly events.

The National Soul Food Cook-Off pits cooks against each other to whip up everything from sweet potato pie to macaroni and cheese, and has become the go-to event for people in search of some serious comfort food.

If soul food’s not your thing, then swing by the Muskogee Exchange Club’s Chili & BBQ Cook-Off. After 27 years, they’re still handing out blue ribbons for spicy entrees, plus there’s a kid zone and other activities for the whole family.

There’s even more fun to be had at the Flying Fez Wine-Tasting Festival, put on every February by the Bedouin Shrine Flying Fez unit. More than a dozen Oklahoma wineries compete for top honors.

Art Under the Oaks

Need some art to go with that wine? Head toward the Art Under the Oaks Market and Festival, which is held at the Five Civilized Tribes Museum. The show focuses on the cultural, useful artwork of the Cherokee, Chickasaw, Choctaw, Muscogee (Creek) and Seminole tribes.

For even more visual excitement, don’t miss the Bare Bones International Film Festival, which as been hailed by such publications as Moviemaker magazine and draws more entrants and attendees every year.