Get the lay of the land when it comes to the arts and culture scene in Muskogee, OK. 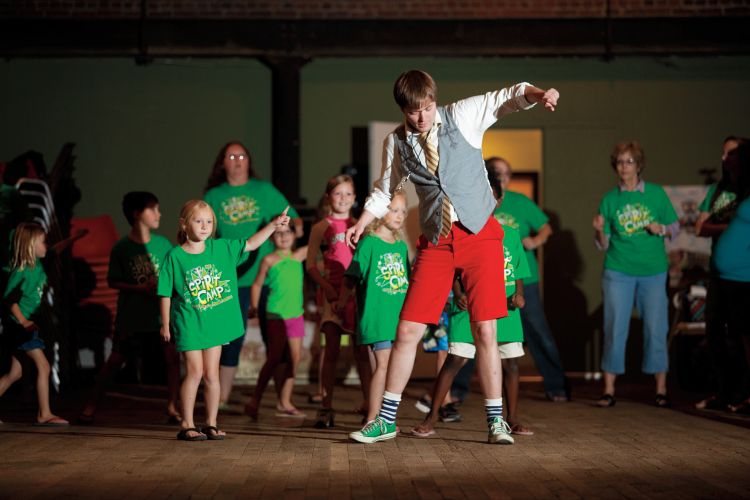 One could be forgiven for thinking that Okies from Muskogee only listen to music in their downtime. Sure, there’s no shortage of musical talent, and the places to showcase it, here – but that’s just one of many, many entertainment options that residents enjoy. Here are a few of Muskogee’s hot spots that pack in visitors and locals alike:

Housed in the beautifully renovated Frisco Freight Depot, OMHOF showcases the pioneers and innovative styles that Oklahoma offers, as well as an ever-growing collection of items that showcase the state’s rich musical history. For the kids, there’s a red caboose that doubles as an interactive educational facility.

Symphony In The Park

Honor Heights Park is the place to be every summer, when the Muskogee Parks and Recreation Department presents the annual Symphony in the Park. Take a picnic dinner and be sure to stick around for the fireworks.

Since 1972, theatergoers here have laughed, cried and everything in between thanks to the Muskogee Little Theatre. The season begins in July, and offers a mix of comedy, drama and musical fare during a run that’s anywhere from three to seven shows.

The Roxy opened in 1948 as a movie theater and its charm is on full display with art deco glass and tile, fully restored original seats and neon. Performances include theater-style live productions, musicals and family style movies, as well as a growing roster of musical events.

On Wednesdays and Saturdays from 8 a.m. to noon, nature’s bounty is on full display at Okie Square by the Muskogee Civic Center. The farmer’s market features fruits, vegetables, flowers, herbs, plants, crafts and much more, including monthly special events.

This downtown venue has been at the heart of Muskogee’s cultural life since 1966, and recently underwent a massive renovation and restoration that included upgrading all mechanical and electrical systems. The civic center offers six conference rooms of varying sizes, and has a seating capacity of 3,710 on the 8,500-square-foot arena floor.

In the heart of downtown by the civic center, Okie Square hosts the Muskogee Farmer’s Market, Bluegrass on the Square and many other cultural and civic events throughout the year.

If you’ve done a double take after seeing a huge fiberglass guitar (or two) around town, you’re not alone. The Muskogee Guitar Project, spearheaded by the Muskogee Area Arts Council, was designed to showcase arts and culture in the area. It’s now been immortalized in “Muskogee Rhythms,” a book by Dr. David Jones that showcases the installations and raises funds for downtown beautification.

R&B’s the thing at this annual event, which was started by D.C. and Selby Minner after they relocated to Oklahoma in 1988. The first festival drew around 700 people and a handful of bands, and that’s now grown to a two-day outdoor event in Rentiesville with 30 bands from around the region, country and globe.

Learn more about the arts in Muskogee.