The City of Muskogee Foundation’s grants of nearly $5 million annually go a long way toward improving the community, 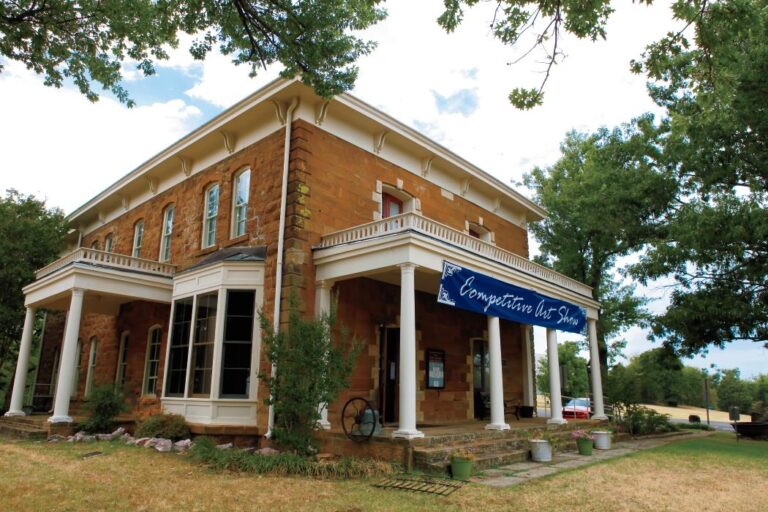 In 2008, Muskogee leaders had a rare opportunity to turn what might have been an ordinary business deal into a philanthropic windfall that would benefit the community for years to come.

In 2007, Capella Healthcare had agreed to a 40-year lease of the Muskogee Regional Medical Center, paying a lump sum of $92 million. The proceeds of that lease were the basis of the City of Muskogee Foundation, whose mission is “to make a real difference.”

Focusing on the area’s quality of life, health and wellness, and economic development, the foundation has distributed millions of dollars since it was founded, and grown its initial endowment to more than $130 million.

“It is so unique for a town this size to have a $100 million foundation,” says foundation COO D.J. Thompson. “We’re very fortunate. We have an opportunity to make a significant and long-term impact.”

With an annual budget of about $5 million – adjusted annually, based on the endowment’s growth – the foundation has made life better for Muskogeans of all ages and needs.

Among the astonishing list of grantees in 2013 were an occupational therapy program at Northeastern State University, Muskogee Public Schools, a childhood obesity campaign, the Muskogee Little Theatre, the Girl Scouts, an animal spay and neutering program, night hoops and swim programs for youth, and band instruments for low-income students.

The city’s Parks and Recreation Department received $500,000, part of a five-year grant worth $2.5 million.

“We have only 40,000 resident, but 22 parks in Muskogee, and they are really important for our quality of life and our neighborhoods, but also for economic development and tourism,” Thompson says. “The money was used for upgrades and restoration, splash pads, new playground equipment, including equipment for handicapped children, basketball courts, a new skate park and fitness equipment. And they are utilized so much more now that they are refurbished.”

Other important grants included $60,000 to the Five Civilized Tribes Museum, to digitally upgrade and catalog its collection and make infrastructure improvements. A $132,000 grant supported the vital work of the Muskogee Teen Center.

“It serves the whole city with after-school programs and more,” Thompson says. “They have a full gymnasium, and the programming itself is great – everything from athletics to art to volunteer service. They also get meals while they are there. For some, it may be their only opportunity for dinner.”

Whether it’s new radios for emergency medical service personnel, a major grant to help the city improve roads or assistance for a free dental clinic, the foundation aims to extend a helping hand to organizations and individuals – including 10 local high school seniors who receive a $24,000 scholarship each year.

“The community is still finding out about us,” Thompson says. “We just want people to know we are trying to make Muskogee a great place to live, work and play.”