5 Reasons to Move to the Oklahoma City Area 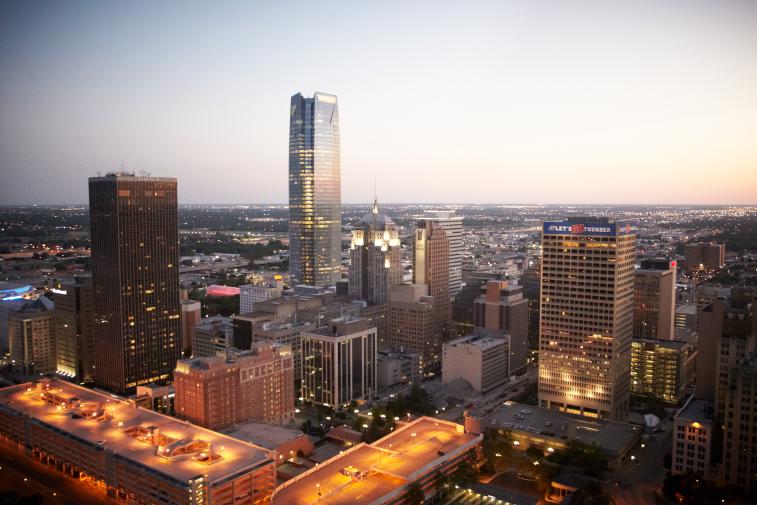 The capital and largest city in Oklahoma is Oklahoma City, gracing the middle of the state and within a two-hour drive of fellow quality-of-life cities like Edmond, Lawton, McAlester, Norman, Stillwater and Tulsa.

OKC features one of the largest livestock industries in the world, along with an economy strong in oil, natural gas, IT and health care. The capital city has thousands of government employees and showcases a skyline of tall buildings, with eight higher than 20 stories led by the 52-story Devon Tower.

Many individual factors make Oklahoma City a nice community. Here are five highlights from around the city:

The restaurant scene in OKC is vibrant and growing, and one of the top culinary hot spots is Mickey Mantle’s Steakhouse in the Bricktown district. Athletes, celebrities, businesspeople and fashionable locals frequent the upscale eatery for its dinner-only menu, highlighted by snow crab appetizers and entrees like 22-ounce prime rib eyes.

Great neighborhoods are pleasing to the eye, and one of the most eye-catching districts is Western Avenue that stretches between Wilshire Blvd. and N.W. 36th Street. Charming older homes surround the neighborhood as well as commercial stops like restaurants, pubs, art galleries, boutiques, furniture outlets and antique shops – there are no chain stores.

Weird is wonderful at the Museum of Osteology, housing more than 300 real animal skeletons along with some human ones. Skulls and skeletons range from tiny mice to a 40-foot humpback whale, and the building of odd skeletons is the only one of its kind in the U.S.

Oklahoma School of Science and Mathematics

Students becoming proficient in science and math is the mission at Oklahoma School of Science and Mathematics, where 150 top high school students from throughout the state come to Oklahoma City for their junior and senior years. Students live in campus dorms during the week, and their full tuition and board is paid by the State of Oklahoma.

An off-beat attraction that residents enjoy is The Escape OKC, a live-action puzzle escape challenge where up to five friends are locked in a room and have 60 minutes to solve riddles and challenges to eventually escape. Participants are freed if they don’t solve the team-building challenge in 60 minutes. The Escape OKC is open Friday through Sunday.