The Suburb Where You’ll Find America’s Only Steampunk Teahouse

Grab your top hat and goggles. It's time for a one-of-a-kind tea party in a most unexpected place. 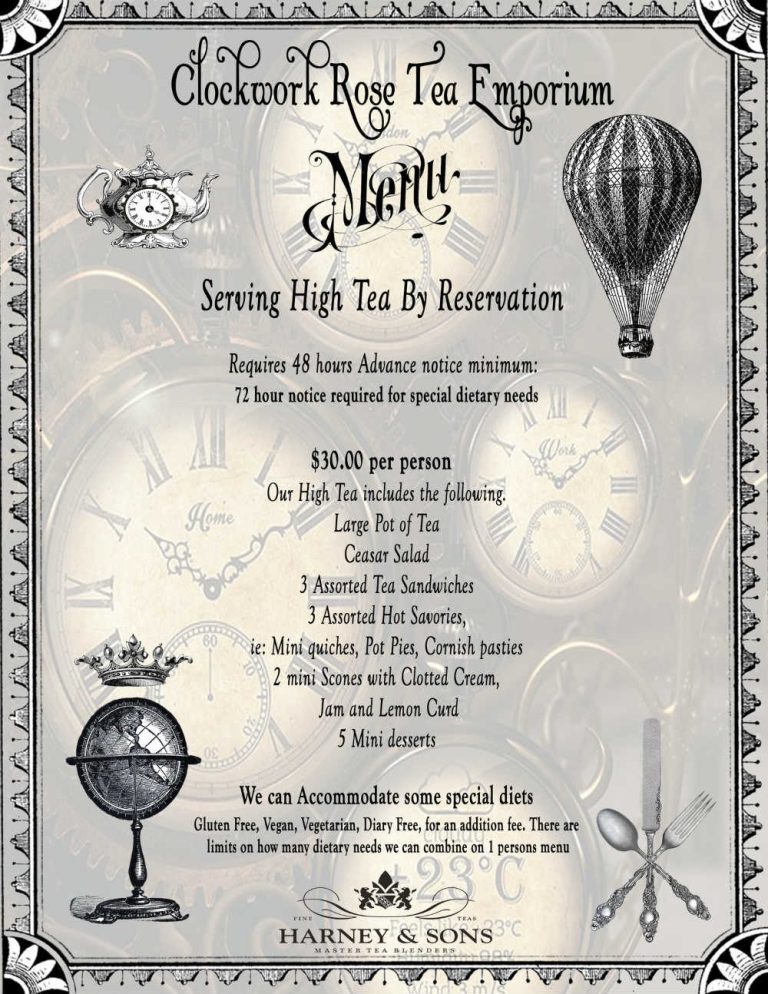 Beaverton, Oregon is a Portland suburb that’s best known for being home to Nike’s world headquarters — and rightfully so, because how many other suburbs boast regular visits from Serena Williams and LeBron James?

But if you look past the corporate jets and world-famous athletes and head to historic downtown Beaverton, in a charming but easy-to-miss storefront on Broadway, you’ll find something else that sets this city apart: Clockwork Rose Tea Emporium, America’s only steampunk teahouse.

So let’s start with the basics: what exactly is a steampunk teahouse?

It’s a traditional teahouse that’s been decked out in steampunk style: an anachronistic mix of industrial elements (like gears and machinery) mixed with an ornate Victorian aesthetic. A little bit sci-fi, a little bit rock ‘n roll.

At Clockwork Rose, the steampunk decor is whimsical, always changing, and done almost entirely by hand by the owners, Harold and Maggie Nolder.

“We’ve reupholstered half the furniture in our parlor and we built almost everything in the teahouse from our teacup chandelier to our 35-foot zeppelin hanging from the ceiling with 1,600 LED lights in it that change color,” says Harold. “It’s always a work in progress and always changing. People come in for the sixth or seventh time to have tea and tell me they always find new stuff to look at.”

Harold says the steampunk theme wasn’t just an aesthetic choice; it was a way to create a sense of fun and inclusiveness. “We were trying to figure out a mechanism to bring tea to everybody and keep a ‘come as you are’ vibe in the teahouse. And for us, we could picture how steampunk could bring in a wide variety of people.”

One look around bustling Clockwork Rose dining room proves the Nolders’ hunch was correct. “There was a 15-year-old girl and her grandmother having tea here the other day,” Harold says. “The grandma was dressed nicely and the granddaughter was dressed in a Pikachu costume. Next to them was the Edwardian Society in their full dress and a couple people in t-shirts and jeans — and nobody felt out of place. We really wanted to have tea without the pretentiousness.”

The Nolders moved to the Portland metro area after retiring from the military and settled in Beaverton four years ago. While the concept of a steampunk teahouse sounds much more “Portlandia” than suburbia, Harold says Beaverton is actually the perfect place for their offbeat business.

“It’s far enough from Portland but still has the conveniences of the city. You have the feeling of community here. You know the people next door. I know the customers who walk down the street. I know the business owners down the street. It’s an extended family. It’s something you get in a lot of small towns but you don’t get in bigger cities.”

And if there was any doubt a smaller city could support a steampunk teahouse, the Nolders learned quickly that simply wasn’t the case. They thought they could build the business gradually, serving “a few tea services a week and a few walk-ins here and there.”

Clockwork Rose Tea Emporium has been open a year, and they’ve served over 4,300 high teas. Their current themed high tea, a Dickens-themed service, garnered 750 reservations in less than a week.

“The demand for high tea, the people wanting to experience Clockwork Rose — it almost seems insatiable,” says Harold. “It’s beyond anything we ever thought. A year in, we’re still astonished.”

Clockwork Rose Tea Emporium is located at 12412 SW Broadway. High tea services are reservation only Wednesday through Sunday, but they take walk-ins Wednesday through Friday when they’re not doing a special event. Be sure to try Harold’s house-blended Russian Caravan style tea and a cornish pasty, and be ready for an impromptu photo shoot: the decor is always changing and always highly Instagrammable.