Skip to content
Home > OR > Eugene > Where to Live Now > Why Eugene, OR is One of the Best Places to Live in the U.S.

Why Eugene, OR is One of the Best Places to Live in the U.S.

The University of Oregon and a year-round climate attracts residents who eagerly participate in community-improvement projects. 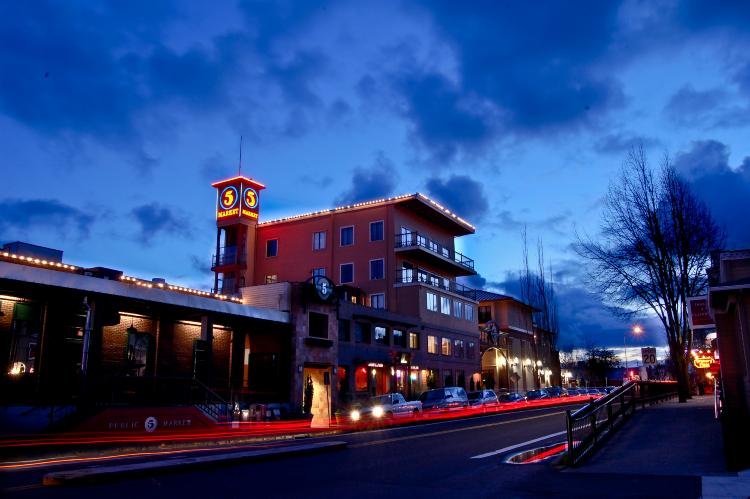 If team uniforms alone could make a city one of the best places to live, Eugene, Ore., home to the University of Oregon’s Ducks, could put up a good case. Due to the university’s close ties with athletic apparel giant Nike, the school’s football team is often on the cutting edge of football fashion. But the university is more than a footwear focal point. It’s an economic fixture. “The recession would have been much harder if we didn’t have that economic engine in our community,” Mayor Kitty Piercy tells Livability.com.

A truly year-round climate makes outdoor recreation in Eugene possible through four temperate seasons. It is no wonder Eugene has one of the highest scores in our ranking for amenities. It’s 150,000 residents can take advantage of nearby mountains, the ocean, rafting, salmon fishing, and all the activities that make the northwest a great place. Day-to-day, the mild climate leads to low traffic congestion, as people bike and walk to work, farmers markets, and dining and nightlife. “We would spend all our time outdoors if we could,” Piercy says.

Spending time in the community gets residents engaged in Eugene and its continual improvement. The mayor says that decisions are based on a “triple bottom line,” and any new projects in the city must contribute to the environmental health, economic prosperity and social equality for Eugene and its residents. “We encourage people to make better decisions, not because we tell them to but because they see how easy and pleasant it can be,” she says. It’s important “to be accessible to people with money and people who have less money.”

For the time spent indoors, the downtown, which had suffered after a downturn in the timber industry in the 1980s, has been undergoing a series of revitalization projects including the recent development of the Broadway Commerce Center – a mixed use space for offices and retail, which is bringing more tech jobs into the city center.