I Left My Dream City — And I’ve Never Been Happier

Portland was my dream city. But the reality of life there was a lot different than I'd imagined. 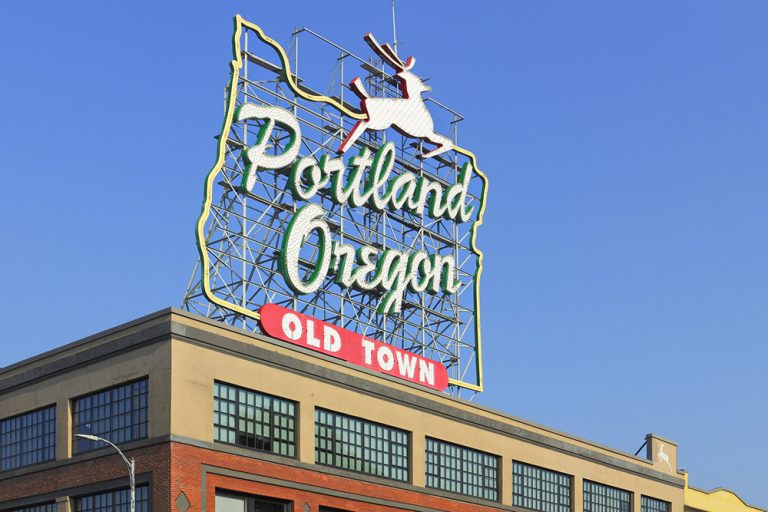 When I moved to Portland two years ago, I thought I’d finally found my place in the world. There in the mossy, foggy landscape of old Craftsman houses and hoppy beer, I felt myself unclench for the first time in years.

In Portland, I saw the potential for a new life unfolding, one I was actually excited to live. I could pursue the slow-burn love for the outdoors I’d cultivated first in high school and again during my last few years in Tennessee. I envisioned weekends summiting the Pacific Northwest’s stratovolcanoes would transform me into a fit, fearless babe so unlike the anxious, hard-drinking recluse I’d become by the tail end of my twenties. There was a not-so-little part of me that couldn’t wait to see how living out west changed my life for the better, so I could post the results online and prove to everyone how all I’d needed to straighten out my life was to correct my star-crossed geography.

Despite the rose-tinted glasses, life in the Rose City was far from perfect. I’d moved for a job, one I badly needed after an unexpected post-holiday layoff. And though I was grateful for employment, leaving the house I owned in Tennessee meant a big increase in my cost of living as well as a sharp salary reduction. At thirty, I was making less than I had in my mid-twenties – and in a much more expensive city, my money had to go further.

Reality hit hard. While I was thrilled with the walkability of my new city, not having a car made it hard to get to the trails and campgrounds I had envisioned exploring every weekend. And I didn’t have much room in my budget for concert tickets or lattes. I was ashamed of how broke I was and how little outdoor experience I had compared to my new coworkers, who all seemed to have spent their twenties bombing down ski slopes in the Rockies and scrambling up crags in the Cascades.

Here I was finally living life in my dream city, and yet I barely left my apartment, spending my weekends watching Netflix on a dilapidated old iPad. I threw myself into my work, hoping long hours would merit a badly-needed promotion that would let me actually enjoy all the great things about Portland that had drawn me here.

A year in, things started to get easier. I got a small raise, just enough to catch up on overdue checkups at the doctor, and add a little more weekend fun into my budget. Friendships solidified with fierce, funny women in the same stage of life as I was, gals who liked to go to shows and camp out on the beach and spend afternoons getting lost in old cemeteries. I found a gorgeous pre-war apartment full of historic details in a neighborhood I adored. I felt like Portland was starting to accept me, and I was ready to put down roots. That’s when everything went sideways.

My day job abruptly soured, and employees started quitting. I tried to keep my head down and spent the summer sending out resumes, first in Portland, then the Pacific Northwest, then everywhere. My two closest friends, fellow out-of-staters who had started at the same company the same day I did, each found new jobs a few blocks away. I kept my fingers crossed that I’d have the same luck, my rabbit heart beating one constant mantra: let me stay, let me stay, let me stay.

Packing up and heading to a new place is both exciting and terrifying – here’s how to make your move go a little more smoothly.

Just as everyone in Portland was soaking up the last of the summer sunshine before the omnipresent rain returned, I got an offer. The offer. The exact opportunity for which I’d been working so hard. My new company asked if I could start two weeks after Labor Day — in Franklin, Tennessee.

Elated and heartbroken all at once, I had a choice to make. I could boomerang back to my the state where I grew up and take my dream job, or remain in a toxic work environment, struggling to scrape by in my dream city.

Reader, I moved back to Tennessee.

Suddenly, I had the car and financial stability I’d craved in Oregon, but in a small southern city couldn’t have been more different from Portland. My head and heart were spinning from the sudden relocation, but it was impossible to deny that after the move life quickly became a lot easier. My apartment complex has a gym on-site, and when my new workout routine started to produce results, I could actually afford to buy new pants. I don’t have to plan around public transit, so grocery shopping and entertaining out-of-town guests are a snap. And while I’m paying the same rent each month as before, I get a lot more square footage. I don’t have to keep my bed wedged in a closet or lug my laundry to the basement to pop quarters in a machine.

While I loved Portland, the reality was that I was barely surviving. It was hard to make friends or date when I was working 10-hour days to stay on top of the bills, downing dive bar burgers and beers because I was too busy to cook. I had hoped a change of address would help me jettison the traumas of my twenties. Instead, the constant stress of barely getting by just compounded them.

Not long after I moved to Franklin, something bewildering happened: I started crying all the time. Once, twice, three times a day — in the kitchen or on the elliptical or on the couch as I watched TV. I’ve always been someone who is much better at bottling things up than letting her feelings leak out of her face as they come. Even more peculiar, this wasn’t sad crying — at least not after the first few weeks. Instead, I realized that I was getting all weepy over feeling grateful.

These 10 cities have an excess of amazing jobs and not enough people to fill them. In other words? They’re waiting for YOU.

Here in Franklin, I’ve discovered previously unknown pleasures like journaling and runner’s high. I have the money to try new restaurants and go to concerts. Over the winter, I began pulling fresh books off my shelf at a pace I hadn’t matched since graduate school. I send regular postcards to my grandfather and call my mother at least once a week. Even my houseplants are putting out tender green leaves, reaching towards their new windows for the bright afternoon light.

After two cross-country moves in two years, after loss and false starts, I’ve learned that the important thing is to be home in and of myself. It’s true that I never pictured myself living in Tennessee, and that we’re something of an odd match. But my life here is stable and fulfilling in a way that wasn’t possible for me in Portland — I can take care of myself here and that gives me peace of mind.

The truth is, I may have moved away from my dream city, but I’ve never been happier.