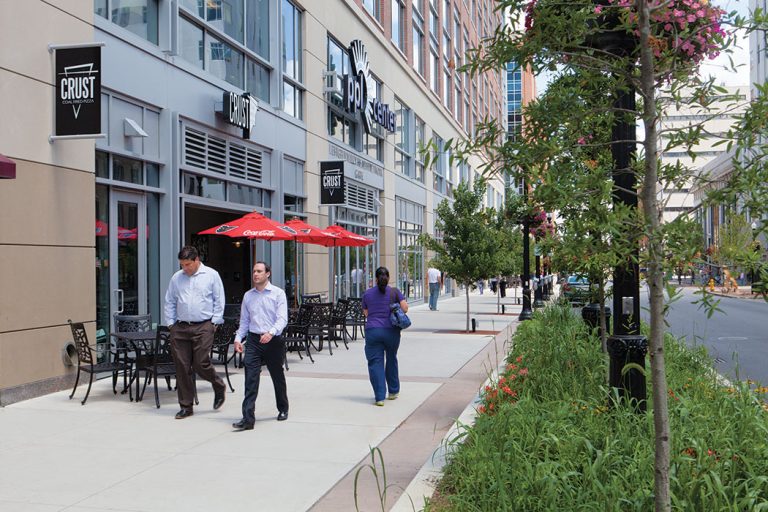 Many of America’s multi-county regions are lucky to be anchored by one city or town with a healthy downtown core. The Lehigh Valley, though, is blessed with three such cities known for their pulsating, steadily growing downtowns.

A wave of revitalization in Allentown, Bethlehem and Easton is transforming these cities into shining examples of urban development, with each community drawing on its unique strengths to attract investment, talent and tourists back into the heart of their towns.

In all three cases, the secret sauce is a blend of private and public innovation.

“It is not coincidence that Allentown, Bethlehem and Easton are experiencing their current vivacity and resurgence,” said Richard J. Schuettler, executive director of the Pennsylvania Municipal League, a nonprofit that advocates, supports and provides administrative services for the state’s “third-class” cities, which represent 3.6 million people statewide. “The governmental and business leadership in the Lehigh Valley is among the elite in the Commonwealth.”

Building on a Legacy

For its part, Allentown bears a rich history as a center of commerce and retail, a legacy its leaders are embracing again through a boom of retail, restaurant and commercial development. The progress is anchored by the new One City Center complex, which includes a 10,000-seat hockey arena, the new Renaissance Allentown Hotel – the city’s first new hotel in 35 years – and restaurant, retail and office space.

A few of the larger businesses taking the lead in the city’s downtown investments include Air Products & Chemicals, the Lehigh Valley Health Network and National Penn Bancshares, which recently established its headquarters in Two City Center across from the hockey arena.

City leaders have taken steps to foster business investments. For example, Allentown’s Neighborhood Improvement Zone tax-incentive program has helped to spur $1 billion in public-private development downtown, with more projects in the works. This includes a $325 million plan to redevelop the Lehigh River waterfront into a walkable, 26-acre mixed-use site with offices, upscale dining and retail, and luxury apartments.

Not to be outdone, Bethlehem’s growing restaurant, retail and entertainment scene is turning heads throughout the region, headlined by the city’s popular Sands Casino Resort Bethlehem.

The casino, a Las Vegas Sands enterprise, opened in 2009, built on the 126-acre site of the former Bethlehem Steel plant, and has become a go-to destination for visitors.

Easton is also gaining recognition on the arts and culture scene. Foodies, artists and hipsters are drawn to a growing array of ethnic restaurants and galleries, buoyed by the city’s historic farmers market. Started in about 1752, the Centre Square market is the nation’s oldest continuous, open-air farmers market.

Several new mixed-use developments are also in the works, including one at the former Simon Silk Mill in the Bushkill Creek Corridor. City leaders and partners are working toward a revitalized corridor that will celebrate Easton’s “creative industries,” drawing both artists and arts-savvy visitors from New York, Philadelphia and beyond through attractions such as retail, commercial, office, dining, accommodations and artistic production facilities.

“All three cities in the Lehigh Valley are thriving,” said Don Cunningham, president and CEO of the Lehigh Valley Economic Development Corp. “Easton is the quintessential river town with a focus on arts and culture and restaurants. Bethlehem has long been the standard bearer of a charming historic downtown and funky post-industrial arts area on the Southside. And now Allentown is reemerging as the commercial and professional office center of the Lehigh Valley’s cities. This has happened because of the solid quality of life, regional focus, and public and private leadership across all three cities of the Lehigh Valley.”

Everything Old Is New Again

Behind the progress lies a commitment to excellence shared by a growing cadre of civic and community leaders.

“We have excellent private- and public-sector leadership that works together very hard to strengthen our downtown areas,” said Michael Stershic, president of Discover Lehigh Valley, the official destination marketing firm for Lehigh and Northampton counties. “As more people visit the region, they gravitate to our downtowns because of the attractions, restaurants, events and entertainment available there.”