Get on your hiking boots and explore one of these pristine paths (plus the Appalachian!) 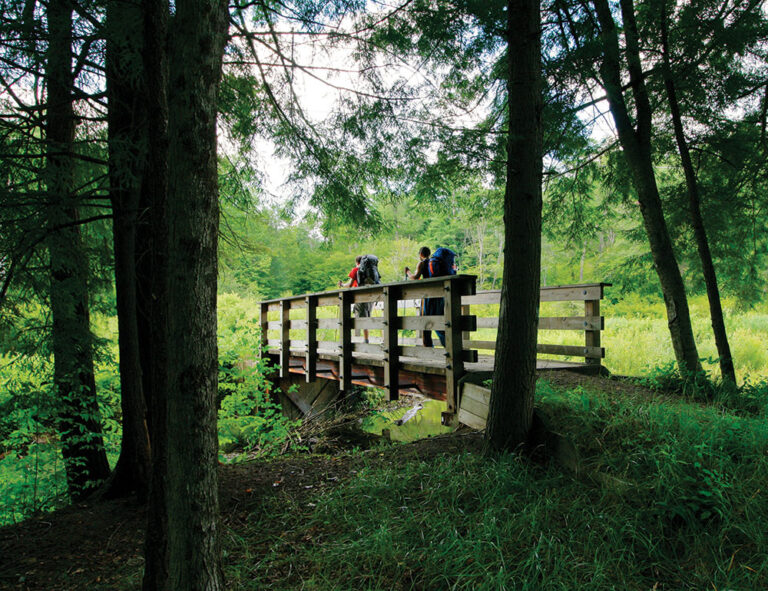 Sure, you probably already have the Appalachian Trail on your bucket list. And a portion of the famous trail that winds its way from Georgia to Main cuts through southeastern Pennsylvania for 229 miles. The section southwest of the Susquehanna River through the Cumberland Valley offers some of the gentlest, smoothest terrain of the entire trails.

But while the Appalachian Trail may grab the national spotlight, there are other pristine paths in Pennsylvania that are well worth the hike. Take a look at these five:

A multiuse path built primarily over abandoned railroad lines, the Schuylkill River Trail eventually will extend for 120 miles from Philadelphia to Frackville in Schuylkill County. Currently, more than 75 miles of paved and crushed stone trail are open to the public, including a lovely 7-mile stretch from Hamburg to Auburn.

Longing for Plenty of Parks & Rest? Head to Pennsylvania

One of the most scenic trails in the entire state, the 150-mile-long Great Allegheny Passage runs from Point State Park in downtown Pittsburgh through southwestern Pennsylvania and into Maryland. Along the way, hikers and cyclists can cross the 2,392-foot Eastern Continental Divide and enjoy views of the Laurel Highlands, Ohiopyle State Park and numerous rivers.

At a mere 21 miles, this is one of the state’s shorter trails. But the Heritage Rail Trail packs plenty of scenery in that span, traveling through southern York County to the Maryland state line. The trail passes through the historic Howard Tunnel (built in 1838) and crosses four railroad bridges.

With several tasty trails to choose from, it’ll be hard to pick just one.

The D&L Lehigh Valley Trail has been ranked in the top 10 of all trails nationwide on the TrailLink.com website. The trail runs for more than 140 miles from northern Philadelphia to the town of Mountain Top in the Appalachians, following historic canal and railroad routes. Waterfalls and wildlife can be seen from the trail, especially along the stretch that passes through Lehigh Gorge State Park.

This 32-mile Allegheny River & Samuel Justus Trail in Clarion and Venango counties combines riverfront and woodland scenery with railroad tunnels and bridges. A highlight is the section from Franklin to Emlenton that passes alongside the Allegheny River. There is also a dirt access trail for horseback riding.