A Taste of Pennsylvania May Be on Your Plate

From milk and mushrooms to canned fruit and chocolate, state is playing a major role in providing food for the nation. 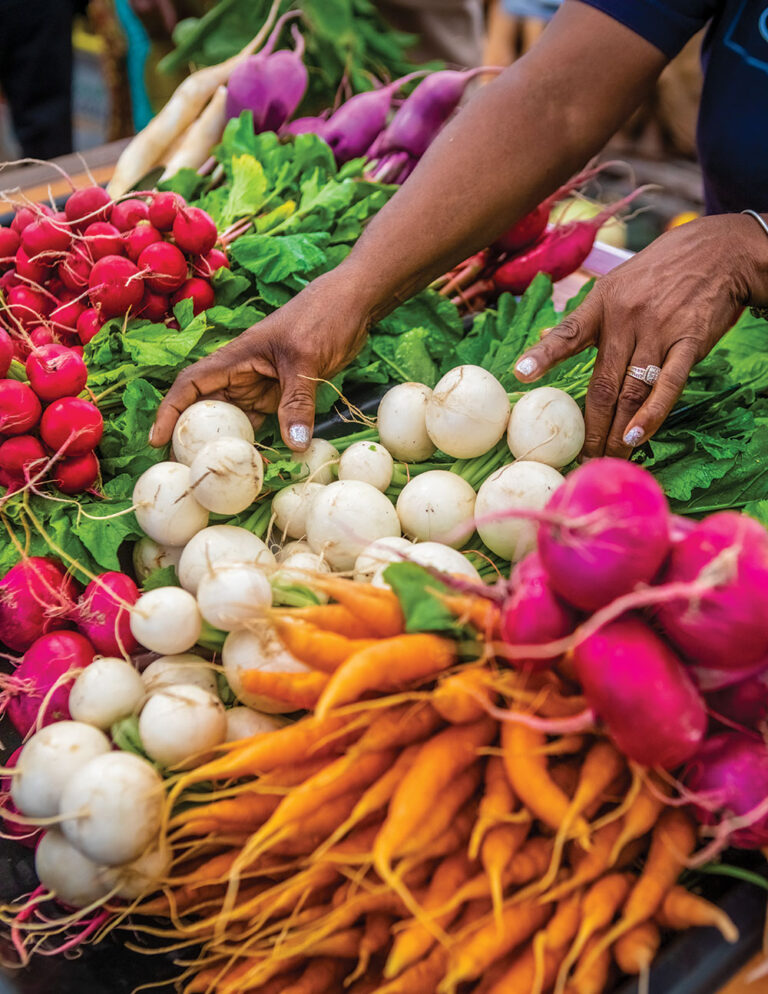 Food production in Pennsylvania isn’t limited to just one or two main foods – the state produces a full variety of goods that you’ll find on grocery store shelves.

For example, Pennsylvania leads the nation in the value of shipments of canned fruit and vegetable specialty products, chocolate and cocoa products, potato chips and pretzels.

With 6,100 dairies, Pennsylvania ranks second only to Wisconsin in the number of dairy operations by state. The state also ranks third in peach production and fourth in apple production among states.

Pennsylvania is a top producer of mushrooms – 46% of U.S. mushroom sales originate in the Keystone State.

Those in the food production and processing industry in Pennsylvania benefit from the state’s strong supply chain of growers, producers, distributors and processors – all of which are supported by an abundant water supply, high-quality soil, a comprehensive infrastructure and logistics systems, and access to major U.S. markets.

Those advantages have created a sector that had a direct economic output of $81.5 billion in 2021, according to the Pennsylvania Department of Agriculture.

3 Ways to Savor the Flavors of Pennsylvania

Get out your map (and your fork) – it’s time to discover all that this state has to offer.

Food companies with deep roots in Pennsylvania continue to grow. One of them is Clemens Food Group, a sixth-generation family-owned company based in Hatfield, a small community in Montgomery County just west of Philadelphia.

The vertically integrated pork processor’s success led to its investment of $228 million into a facility that supports its smoked meats and cooked sausage production.

Clemens, parent company of brands such as Hatfield Quality Meats, says the plant will produce 80 million pounds of pork and processed meat, such as ham, bacon and precooked sausage, using state-of-the art technology and advanced features brought in from around the world.

The new Clemens facility will retain more than 2,600 jobs and create 87 full-time positions.

In addition to Pennsylvania’s prime location and business climate that is well-suited to food production, the state supported the investment as well through additional state funding coordinated through the Governor’s Action Team.

“We are proud to be able to expand our operations in our home state,” says Brad Clemens, president of Clemens Food Group. “We wouldn’t have been able to do so without the support of the DCED, our vendor partners and most importantly, our talented team members.”

With several tasty trails to choose from, it’ll be hard to pick just one.

Penn Dairy is another perfect example of a business that has shown that the combination of tradition and innovation is a recipe for success. The company, located about 55 miles east of State College in Winfield has increased processing 75% over the past five years, according to Jon Weber, general manager.

Penn Dairy is a highly specialized manufacturer with a large production capacity. The company built its success on awarding-winning cheese production, particularly its Swiss cheese. Its recent growth, however, comes from adding yogurt and kefir to its lineup. Penn Dairy also works with private-label customers and partners in co-packing.

The dairy is undergoing a $2.5 million expansion of its facility, adding about 14,000 square feet. “We are very thankful for the support Pennsylvania dairy farms offer us as a processor,” Weber says. “The growth could not happen without high-quality milk.”