Skip to content
Home > PA > Love Where You Live > Modern-Day Renaissance: Fun Pours Out of Pennsylvania 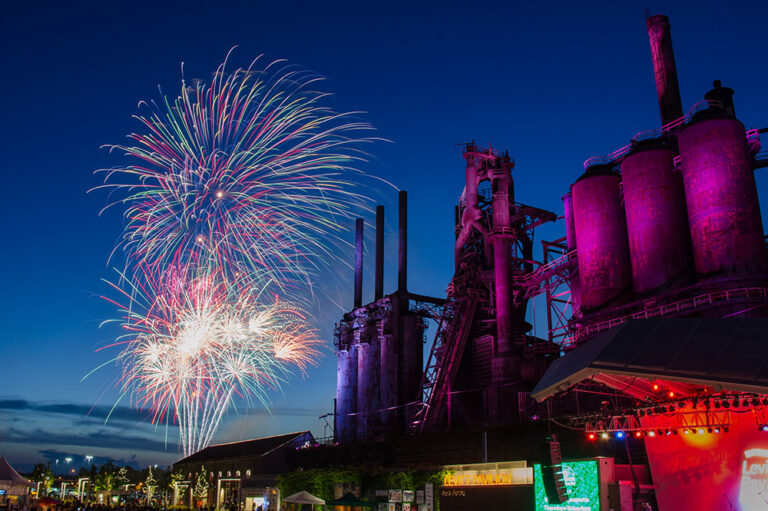 Pennsylvania’s rich history has bred an equally rich cultural experience, one that is deep and diverse.

From the visual arts to music to its world-renowned cuisine, Pennsylvania offers something for almost every passion and taste.

“History is married very close to the arts,” says Kassie Hilgert, president and CEO of the Bethlehem-based nonprofit ArtsQuest. “There is a rich and different history in each one of our regions that is usually reflected in the art of the region. Whenever you’re that authentic with people, it really resonates with them. It’s a true differentiator for our commonwealth.”

ArtsQuest is just one of many cultural organizations in the state, making the arts widely accessible. In the Lehigh Valley region, ArtsQuest has revitalized urban areas through cultural programming. In the SouthSide Arts District, the former Bethlehem Steel complex has been transformed into the SteelStacks campus, where ArtsQuest operates the Banana Factory Arts Center.

Hosting art galleries and offering working artist studio space and arts education outreach, the center provides 50% of its programs for free. The district is also home to 11 annual culinary and arts festivals, including the European holiday market, Christkindlmarkt and Musikfest, billed as the nation’s largest free music festival.

“Our commonwealth needs to be competitive,” Hilgert says. “We’re not just competing with New Jersey and New York anymore. We’re competing with Paris and Dubai and San Francisco. We want to offer the cultural amenities that attract a workforce. That’s where we think the arts can be a powerful draw if there’s a rich landscape of arts opportunities.”

Across the state, these opportunities invite people into world-class galleries and museums, such as the Barnes Foundation and the African American Museum in Philadelphia (AAMP), and Pittsburgh’s Carnegie Museum of Art and The Andy Warhol Museum.

In the Pocono Mountains, the Mauch Chunk Museum & Cultural Center and the Dorflinger Glass Museum are both popular destinations. And throughout its many rural settings, the Pennsylvania Dutch culture influences art through crafting and furniture making.

Thinking about starting your own business? Here are 10 reasons why Pennsylvania is a great state to launch a small business.

Reading offers another example of a former industrial site rebirthed as a cultural center. GoggleWorks Center for the Arts has transformed the former Wilson Goggle Factory into an artistic anchor for community development, says Executive Director Levi Landis. The five-story facility that occupies an entire city block offers interaction through classes, workshops and studios, along with a dynamic mix of experimental and traditional exhibitions featuring international, The Andy Warhol Museum national and regional contemporary artists.

“We believe in a new story for cities like ours,” Landis says. “Like Allentown or Wilkes-Barre or Scranton, cities that were known for manufacturing, many of them are now reinventing themselves through the culinary scene, nightlife, arts and culture. We think that’s a key area for us in finding our regional identity and then building on that reputation as a national stage for artists and others.”

As residents and visitors descend on these opportunities statewide, they also get hungry. Foodies indulge in regional favorites like the heralded cheesesteaks of Philly, Scranton’s Old Forge-style pizza, Pittsburgh’s pierogis, shoofly pie in Dutch Country, gobs or whoopie pies, and the iconic Wawa hoagies. Discriminating diners enjoy a roster of James Beard Award-winning chefs and a constellation of Michelin star restaurants.

Farm-to-table dining is also a celebrated segment of Pennsylvania’s culinary scene. Menus are developed from farmers’ markets across the state, such as Lancaster Central Market or the Broad Street Market in Harrisburg. Multiple options are available under one roof in Pennsylvania’s food halls like Philadelphia’s Reading Terminal Market or Pittsburgh’s Oxford Market.

“It makes for really diverse menus and exceptionally good options,” Landis says. “The broader community here is incredible, bringing in all kinds of different culinary experiences.” 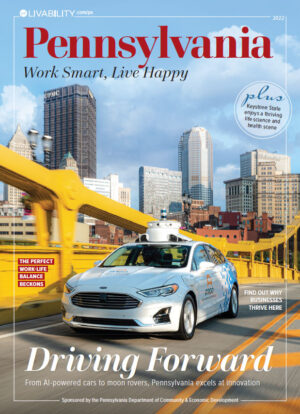 This digital edition of the Pennsylvania: Work Smart, Live Happy is sponsored by UGI Utilities.