Why I Love My City: Kelly Beall on Pittsburgh

One fascinating person. One great city. Ten questions about life, food, culture, and the perfect Saturday. 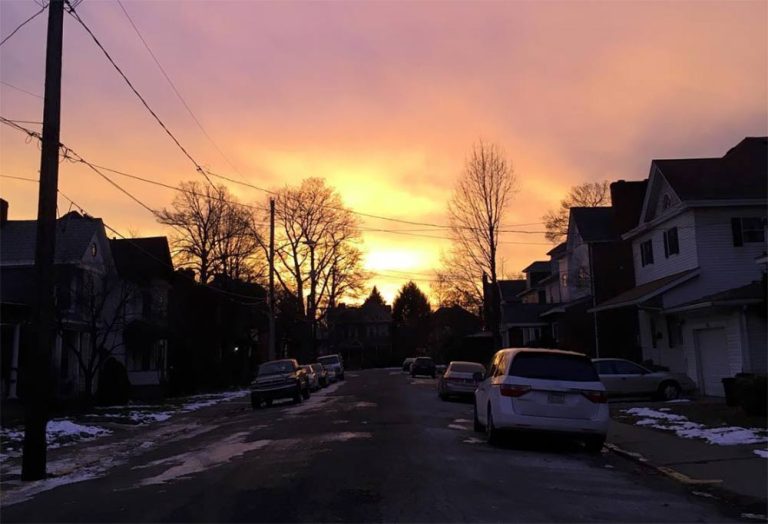 Kelly Beall is the founder and editor of Design Crush, a freelance graphic designer and writer, and creator of the #365quotes2018 project on Instagram. She’s also a proud resident of Pittsburgh, one of our Top 100 Best Places to Live. We asked her 10 questions about life in Pittsburgh to see the city through her eyes.

1. Describe your city in three words.

2. How long have you lived here, and what brought you here?

I was born in a suburb of Pittsburgh and lived there until graduating high school in 1998. Of course I swore I’d never move back. Fast forward to around 2010 and I saw how the city was really digging in and rebuilding itself, shedding the reputation of its past that most people still associate with the Burgh. At that point I was living in Oklahoma City, owned my own business, and had no ties holding me there. My entire family still lived in the Pittsburgh area and I had started feeling like I was missing out on important things, so I started thinking about what it might like to move back home.

Finally in November 2013 I made the decision to relocate, and by September 2014 I had moved into my 117-year-old house! I’ve been back for nearly three and a half years now and am still very happy with my decision.

3. Give us the itinerary for a perfect Saturday in your city.

4. Describe the best meal you’ve ever eaten in Pittsburgh.

It was at a restaurant that’s evolved into something new since, Black Radish Kitchen. Chef Kate Romaine pulls together a family meal like no other – full of loaves of bread and her signature Green Mess spread, the most incredible meatballs, super fresh side dishes, and a perfect dessert of chocolate mousse.

5. What makes you proud to to live here?

I’m proud to live in Pittsburgh because it’s where both sides of my family decided to settle down after immigrating to America. I love hearing stories from relatives who have spent their entire lives here about how the skyline has changed, the different routes they took to work over the years, and their past experiences at places I now visit today. The shared bond of the city is an important glue within my family.

Mister Rogers. He was such an incredibly genuine, caring, empathetic human being who was able to take those qualities and create something bigger and better than himself that lives on as his legacy. The fact that he’s a Pittsburgh legend is just icing on the cake.

7. What does Pittsburgh offer in terms of amenities/vibe/culture that makes it your best place to live?

After living in several other cities I can honestly say Pittsburgh is very well-rounded. On any given day you might choose to sit in on a lecture at the Carnegie Museum of Art or a live show at any number of venues. If sports are your thing, there’s usually at least one game going on. There are dozens of topnotch eateries to check out as well as a large selection of breweries. The city manages to cater to just about any interest you might have, all without doing too much damage to your bank account.

8. What’s your hope for the future of your city?

I’d love to see Pittsburgh continue to grow and evolve while retaining the grit and personality that’s made the city what it is today. The burgeoning tech scene is adding a new layer of strata to a place that was formerly known mainly for its coal industry, and I love that we’ve been adaptable enough to embrace it. I hope to see the culinary scene continue to expand, the creative community grow, and the diversity and culture of the Burgh stand strong.

9. What advice would you give someone who’s moving to Pittsburgh?

I’d suggest making it a goal to try one new restaurant and check out a new museum or landmark each weekend. The only way to truly get to know a knew place is by immersing yourself in it fully. Try the regional foods, talk to as many locals as possible, and get yourself involved in the happenings.

I’d say having a small business in Pittsburgh has a better rate than average of survival. The community here is just incredibly supportive and open to checking out new things. It’s still possible to find affordable storefronts in up-and-coming neighborhoods and make a name for yourself.