Skip to content
Home > PA > Pittsburgh > Where to Live Now > 7 Reasons to Move to Pittsburgh, PA

7 Reasons to Move to Pittsburgh, PA 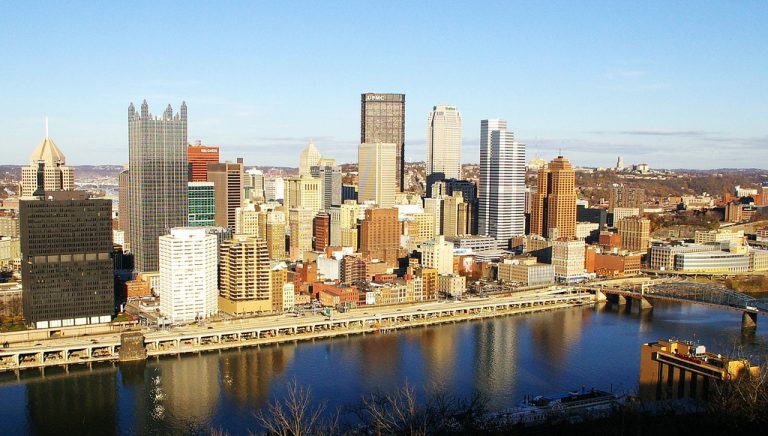 A city with two nicknames. More than 300 steel-related businesses give Pittsburgh its “Steel City” label, and 446 bridges give Pittsburgh its “City of Bridges” moniker. This community at the confluence of the Ohio, Allegheny and Monongahela rivers has plenty of factors that contribute to its fine quality of life, including the following:

Drink up! Microbreweries have become a thriving industry in Pittsburgh over the last decade, and today more than 15 operations are succeeding. They include East End Brewing Co., Hop Farm Brewing Co. and Voodoo Brewery, but if you want a truly unique experience, sample the beer and pub food at Church Brew Works. It is located in a former St. John the Baptist Catholic Church in the city’s Lawrenceville neighborhood.

An amazing number of colleges and universities – 29 – grace the Pittsburgh region, attracting students from throughout the country and world. Some top academic choices are Carnegie Mellon University, Duquesne University and the University of Pittsburgh, along with The Art Institute of Pittsburgh. By the way: Housing prices and rental units in the city are priced about 25 percent below the national average, which is great for students on a budget.

The oddest museum in America? The Andy Warhol Museum is right up there, located on Pittsburgh’s North Shore and the largest museum in the U.S. dedicated to a single artist. A permanent collection from Pittsburgh-born pop artist Andy Warhol is showcased on 17 floors, with 900 paintings, 77 sculptures, 4,000 photographs and 4,350 Warhol films.

Head to the South Side

A whopping 90 individual neighborhoods make up Pittsburgh, and among the trendiest is the South Side district along the Monongahela River and across from downtown. South Side residents include many young professionals, and more than 80 shops, restaurants, bars and pubs are thriving especially along East Carson Street.

One of the best Italian restaurants this side of Rome is Piccolo Forno, located in the Lawrenceville neighborhood. Piccolo Forno is known for its wood-fired pizzas and homemade pastas, and everything on the menu is under $15. Meanwhile, if excellent seafood is more to your taste, try Monterey Bay Fish Grotto with selections like oysters Rockefeller, calamari, halibut and sea bass. For dessert, there’s peanut butter cheesecake.

Root for the Pirates

Blackjack, poker, craps, roulette and slot machines are all part of the excitement at Rivers Casino Pittsburgh, which opened in 2009 along the Ohio River next to Carnegie Science Center. The casino has 3,000 slot machines, 100 table games and four bars, plus four restaurants that include an award-winning Andrew’s Steak & Seafood. Also on site is a nightclub with live entertainment shows.