Skip to content
Home > PA > Where to Live Now > Why West Chester, PA, Is a Best Place To Live

Why West Chester, PA, Is a Best Place To Live 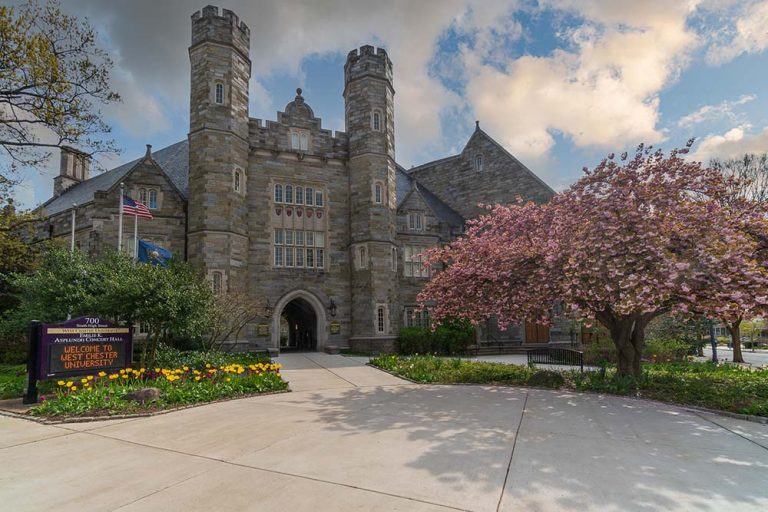 The historic borough of West Chester is one of four Pennsylvania cities that landed on 2021’s Top 100 Best Places To Live in America, along with Bethlehem, State College and Pittsburgh.

For the past two decades, downtown West Chester has been flourishing, thanks to an initiative that began in 2000 to revitalize the city center and make it a hub for small business.

“West Chester Downtown was created to make the area a safer, better place to live and work,” says John O’Brien, executive director of the West Chester Business Improvement District. “We made it a center of commerce and today it’s a premier, vibrant, walkable downtown with 50-plus retail stores, award-winning restaurants and historic buildings.”

A College Town Steeped in History

The borough was incorporated in 1799 and has thousands of buildings listed on the National Register of Historic Places. Take a guided historic walking tour of the West Chester Downtown Historic District or explore on your own with the aid of a PDF map you can download from the downtown West Chester website. The area is charming and quaint for visitors and residents alike who enjoy history.

The city is home to West Chester University, whose roots date back to 1871, making it a city with college town vibes.

“West Chester University has continually been ranked as a school that has bucked trends of decline and seen continual growth and enrollment,” says O’Brien. “It’s a lifeblood of West Chester and brings not just students who live, work and study here, but their families and alumni who are shopping, eating and staying here.”

For Marilyn Wellnitz, who attended West Chester University, it has proven to be a great place to return to after living in the Philadelphia area for several years. “When my boyfriend and I were looking to buy a house, we thought West Chester would be a great place to live,” she says. “I wanted to go back because I have so many great memories there and it’s just a really friendly town.”

Want to Know Where To Live in Pennsylvania? Take Our Quiz.

There’s more to Pennsylvania than Pittsburgh and Philadelphia. Our quiz will help you find the perfect place to call home.

The borough of West Chester is less than 2 square miles with a population density of 18,461 inhabitants, similar to urban centers like Philadelphia (which has about 11,000 people per square mile), but without many of the problems bigger cities face — which is a major selling point for those who choose West Chester.

Surrounding Chester County is home to Chester County Hospital, a top-notch health care center that is part of the Penn Medicine network of hospitals. With more than 2,000 employees, it’s not only a major generator of jobs in the area, but also a destination for medical care. Other top local employers include TV shopping network QVC and investment management company Vanguard.

West Chester is just one hour from cities like Philadelphia and Wilmington, Delaware, and two hours from New York City, making it almost a suburb of the bigger metropolitan area. It’s an ideal place to live for those who have the option to work remotely, something that’s been a major trend in recent years.

“As people plan past the pandemic, a lot of them will go at least partly remote,” says O’Brien. “That’s where we have opportunities where they can focus on not just living near where their employer is, but actually living where you want to live.”

Another bonus to being close to bigger cities but not living in them is having access to things that happen on a larger scale, such as sporting and cultural events, without having to deal with the crime and traffic that come with it and having access to resources such as better schools and outdoor recreation.

“There’s a lot to do here, it’s got a really good school district, so it’s a good place to put down roots” says Wellnitz. “We have a dog, and it’s great to just take walks with him around town. We like being able to just go out to dinner — they have a lot of diversity and options, so you don’t get bored. They do free music in the park during the summer, and we are runners, so they have a lot of 5ks you can do.”

Because the city is so small, the real estate inventory is quite low — there isn’t a lot turnover and there is nowhere else to build. West Chester’s cost of living is higher than in some areas, but residents are willing to pay more because they value the amenities. One of the top priorities for families who move to the area is education.

Another important amenity is the area’s surprising access to the great outdoors. It has local and county parks, plus nearby state parks and nature preserves. At Ridley Creek State Park, visitors can enjoy hiking, biking, fishing and picnicking over 2,606 acres. At Squire Cheyney Farm Park, a historic farm, guests can explore a variety of trails, have a picnic and meander the property. Stroud Preserve has nearly 600 acres of grasslands and woodlands available for hiking, kayaking and canoeing, and seasonal hunting, plus historic structures and beautiful scenery.

Local parks like Everhart Park and Mosteller Park offer playgrounds, gazebos, basketball courts and barbecues. Golf is a popular pastime, with several courses in town and nearly 100 other courses in the vicinity.

“The town itself has grown a lot since I lived here, and it feels a lot more balanced,” says Wellnitz. “We have multiple parks within walking distance in town and if we want to go for a hike or a trail run, we’re very close to a lot of really nice preserves, like Stroud, and you’re not far from Valley Forge, which is beautiful.”

The region is known as a hotspot for horse breeding and equestrian sports and has one of the premier large animal hospitals in the country.

“West Chester and Chester County as a whole have a great balance of housing and community buildings with open space and natural beauty,” says O’Brien.