Skip to content
Home > SC > Beaufort > Where to Live Now > Why Beaufort, SC, Is a Best Small Town

Why Beaufort, SC, Is a Best Small Town 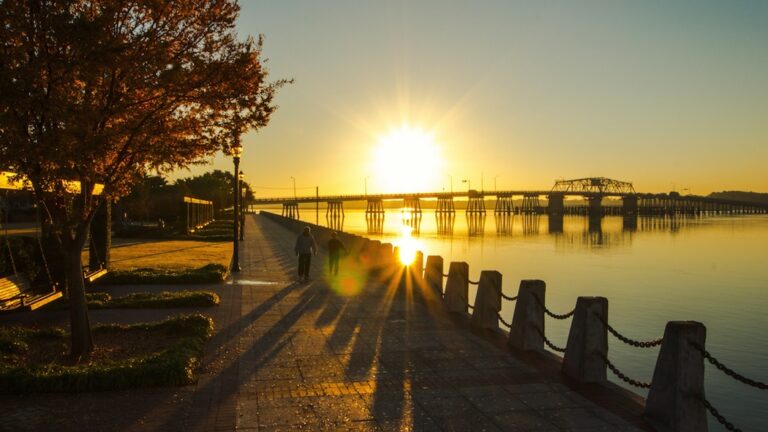 The first thing Robb Wells, VP of Tourism for the Beaufort Chamber of Commerce wants you to know about this best small towns contender is how to pronounce its name. It’s byoo-furt, not bo-fort (as the North Carolina city baring the same name is pronounced).

And beautiful Beaufort is. Nestled on Port Royal Island, in the heart of the Sea Islands and South Carolina Lowcountry, Beaufort is home to just under 13,000 residents. Pristine beaches, year-round mild climate, and access to a myriad of outdoor activities in and out of the water, have been attracting tourists for decades, with many visitors returning year after year and some choosing to stay as residents. Beaufort’s vast package of natural and cultural amenities along with its highly rated educational systems and engaged citizens make it one of the Top 100 Best Small Towns in the nation.

“Unlike many towns on the coast, Beaufort has protected its water access, and that’s one of the things that relocating families and tourists really appreciate,” Wells says. “They tell us how much they enjoy the views and how easy it is to access the water. Your family can find one of these creeks off the Intercoastal Waterway and explore. You can kayak. You can fish. You can boat.”

Two Cities in One

Wells says the story of Beaufort is really a tale of two cities.

“[Beaufort] is the town that has the vibrant downtown that shuts down commerce to have a trick-or-treat for the kids or a Christmas celebration for the whole town,” Wells says. “It’s small-town America with all the amenities you’ll get from a big-city tourist destination.”

He says one such amenity is the town’s diverse and rather large arts scene. Residents find many things to do in Beaufort throughout the year. The city has more than 20 galleries, a number of artists’ studios open to tours and a center for the performing arts on the campus of the University of South Carolina Beaufort.

“We have the antebellum homes. We have the Intercoastal Waterway. We have Hunting Island, which was named one of the top 100 beaches according to TripAdvisor. And here’s this vibrant arts and culture scene that permeates throughout the entire town,” Wells says.

Diversity is a common theme in Beaufort. Home to military installations, the town welcomes a mix of single enlisted personnel, young military families and retired officers.

Close to Charleston, but Far Enough Away

Like its slightly older sister city Charleston, much of Beaufort’s charm lies in its history, which is beautifully preserved in the downtown architecture and stately antebellum homes. But unlike Charleston, Wells says, Beaufort offers a more laid-back lifestyle.

“Beaufort has always been called the small version of Charleston in the sense that Charleston is only older than Beaufort by a few years and, in many ways, Beaufort mirrors its older sibling except we don’t have any traffic problems,” Wells says. “Our version of traffic is on the swing bridge, which raises to allow sailboats to pass through the Intercoastal Waterway.”

“For a young family like mine, there is no rush-hour commute. There isn’t that hustle and bustle that comes with a big city. There’s a sense that if my family wants seafood tonight for dinner, there’s a chance I’ll have crabs in my crab pots when I get home from work.”

[Beaufort] is small-town America with all the amenities you’ll get from a big-city tourist destination.