State has five interstates, several railroads and the mighty Port of Charleston 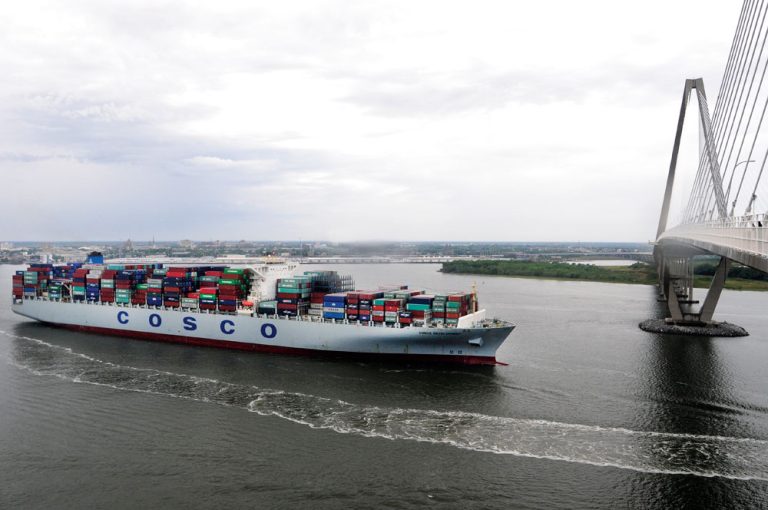 South Carolina is going places, thanks in large part to a thriving transportation, distribution and logistics (TDL) industry.

Since 2011, more than 40 TDL-related firms have announced capital investments of nearly $770 million in the Palmetto State, bringing 5,600 new jobs. Today, more than 54,000 workers are involved in the state’s thriving TDL industry.

The TDL sector is strong for several reasons. South Carolina has five interstates – Interstate 20, I-26, I-77, I-85 and I-95 – along with 41,000 miles of state-maintained highways. Some 2,300 miles of railways move record numbers of container volume. Besides two Class I carriers, South Carolina has eight dependable short-line railroads, including the state-owned Palmetto Railways, named 2015 Short Line Railroad of the Year.

Also among South Carolina’s rich transportation assets is the Port of Charleston, one of North America’s busiest ports. The bustling port handles $300 million in cargo every hour and is responsible for 1 in 11 jobs statewide.

Opening in 2018 is Inland Port Dillon, which will help hustle intermodal cargo through the Carolinas, Midwest and Northeast. The new Inland Port Dillon will join Inland Port Greer, which has established a record number of rail lifts at its facility during the past two years.

“Global businesses choose to locate near ports, and we are proud of our contribution to the state’s successful recruitment and expansion efforts of international companies that include Samsung, Volvo, Michelin, Frontier Logistics, BMW and many more,” says Jim Newsome, South Carolina Ports Authority president/CEO. “Our ports are an economic driver and key competitive advantage for South Carolina.”

The Port of Charleston ranks ninth in the U.S. for tonnage, and is looking to become a Top 5 port by the end of the decade. Besides Charleston, the SPCA also oversees the Port of Georgetown along the Atlantic Ocean, as well as the inland Greer and upcoming Dillon facility.

A 2015 study by the University of South Carolina’s Darla Moore School of Business concluded that the statewide impact of the ports includes $53 billion in annual economic activity, 187,600 jobs, $10.2 billion in labor income, 10 percent of total annual gross state product and $912 million in tax revenue.

“SCPA opened Inland Port Greer in October of 2013 to improve the efficiency of international container movements between the Port of Charleston, South Carolina Upstate and neighboring states in partnership with Norfolk Southern,” Newsome says. “Greer has been so successful that the SCPA decided to construct a second inland facility in Dillon, which will handle around 45,000 containers annually. Interstate 95 and a CSX mainline will provide overnight access from Dillon to Charleston.”

As for logistics, the increasing value of that sector in South Carolina is seen through the investment that many companies are making in the state. Leading global ingredient solution company Ingredion is investing $10 million to expand its operations and double its exports out of the Port of Charleston, and JEAR Logistics is a third-party logistics company in Charleston County undergoing a $2.8 million expansion that will result in 150 new jobs for the freight brokerage company, which coordinates full and less-than truckload services – refrigerated, dry and flatbed – throughout the U.S. and Canada.

Germany-based Rudolph Logistics Group is launching a warehousing operation in Greer that will bring $18 million of capital investment and create at least 150 new jobs at its new 171,000-square-foot logistics center. The company develops and provides shipping solutions for a range of industries, with an emphasis on the automotive sector at its Greer site.

“We create value and enhanced efficiencies for customers by successfully integrating into their supply chains, and a lot of our existing customers in Europe are also active in the U.S.,” says Robert Just, vice president of automotive at Rudolph Logistics. “We are confident that Greer will prove to be a successful Rudolph Logistics operation that will thrive in the Upstate South Carolina region.”