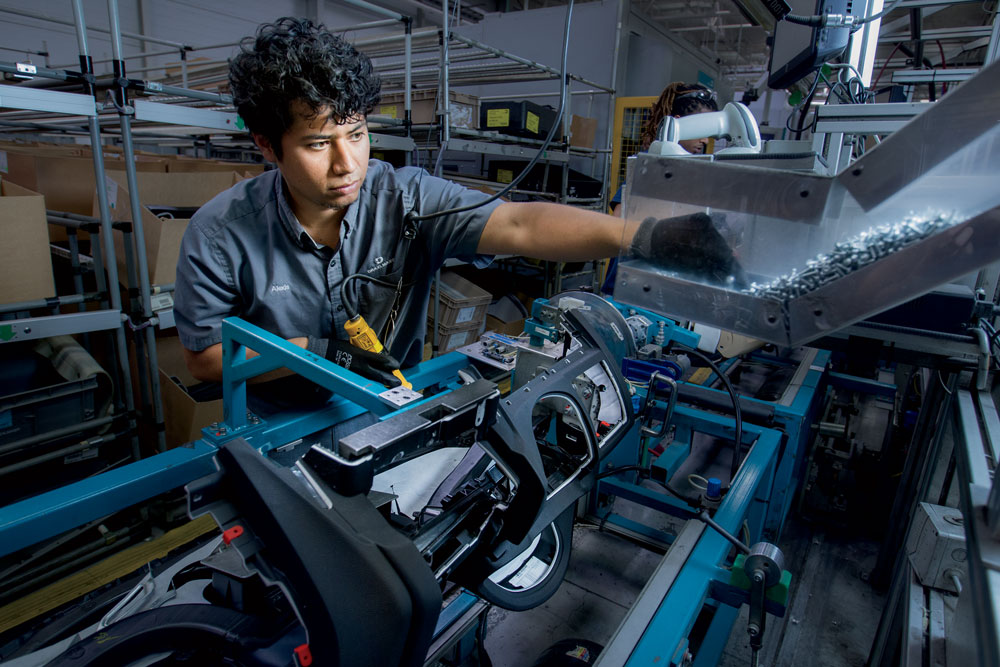 South Carolina may boast warmth and charm from its beautiful beaches and year-round outdoor adventures, but the state means business. South Carolina offers strong schools, a talented workforce and business-friendly environments that major employers like Boeing, BMW, Monster.com, Google, GE Energy and Michelin have taken advantage of. Automotive manufacturing, aerospace, biotechnology, energy and logistics are some of the top industries that keep South Carolina competitive.

Already a leader in manufacturing, South Carolina has turned to aerospace. More than 16,000 people are employed by over 100 aerospace-related companies, and major players like General Electric and 3D Systems significantly contribute to the state’s prosperity. Specifically, The Boeing Company operates from two assembly plants, which were expanded in the last few years due to the state’s infrastructure and workforce.

More than 250 automotive-related companies are based in South Carolina, an outstanding location for both small and big companies. Home to Michelin’s and American LaFrance’s headquarters, as well as the only BMW plant, more than 200 suppliers support automotive companies in the state.

Many top companies, such as Target, Dollar General, Walgreens and Wal-Mart, take advantage of South Carolina’s strategic location on the East Coast, just a day’s drive from the country’s most lucrative markets. The state lends access to five interstates; five major airports, 54 general aviation airports, numerous major air, truck and rail freight services; and one of the busiest U.S. seaports, Port of Charleston.