The Palmetto State has it all, from arts and entertainment to dining and craft breweries. 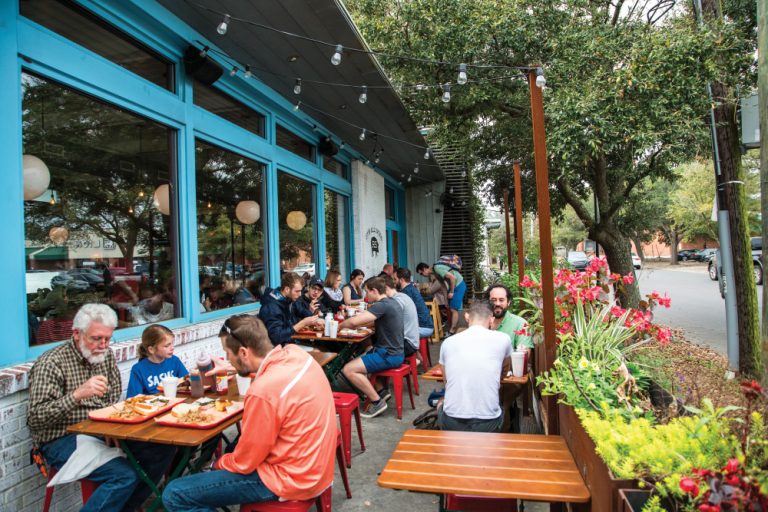 South Carolina‘s thriving economy, affordable cost of living and natural attractions play key roles in its appeal as a place to live.

But the Palmetto State also shines for its rich tapestry of arts, culture and cuisine. Signature destinations include the Gibbes Museum of Art in Charleston, which features more than 10,000 pieces of fine art from American artists and incorporates the local community’s storied history, as well as the Columbia Museum of Art, which comprises 26 galleries telling the story of 5,000 years of global history.

Smaller South Carolina communities draw art enthusiasts, too, thanks to destinations like Myrtle Beach‘s Franklin G. Burroughs-Simeon B. Chapin Art Museum, which has 11 galleries that change throughout the year and include works such as paintings, textiles, sculptures, photography and ceramics.

The South Carolina Artisans Center, situated in a restored Victorian cottage in Walterboro, lays claim to about 9,000 handcrafted pieces from more than 300 juried artists across the state. The center’s diverse inventory – nearly all available for purchase – represents and celebrates artists from most of South Carolina’s 46 counties.

“Our visitors get a glimpse of what the entire state has to offer artistically, and that is very powerful,â€ says Kristin Mumford, executive director of the South Carolina Artisans Center, which has been designated the Official South Carolina Folk Art and Craft Center. “We aim to help tell South Carolina’s story from the Upstate to the Midlands to the Lowcountry in a creative, engaging way that will hopefully be unforgettable.”

Looking for live entertainment? The Peace Center in Greenville is known for its Broadway shows, while the Abbeville Opera House – recognized as the Official State Theatre of South Carolina – draws nearly 20,000 people each year with performances like musicals, comedies, mysteries and dramas.

The Charleston Stage at Charleston’s Historic Dock Street Theatre is another favorite spot for entertainment, having presented more than 150 productions. The center has drawn more than 1 million audience members since it was founded in 1978.

South Carolina also has an excellent dining scene, with a range of must-visit restaurants for those looking to savor the state’s unique flavors.

At FARM in Old Town Bluffton, locally sourced delicacies are on the menu. The restaurant offers lunch and dinner, serving up seasonally inspired dishes as well as traditional Lowcountry foods, like roasted oysters and May River blue crab rice that give patrons a true taste of the region.

“Bluffton is the perfect place for FARM because of the abundance of fresh seafood and the long growing seasons,â€ says Brandon Carter, FARM’s executive chef. “The restaurant has been a great addition to the area, and it fills a culinary niche that our guests are craving.”

Enjoying the Outdoors in South Carolina

And serving up everything from whole hog barbecue, the restaurant’s No. 1 menu item, to spareribs, pit-cooked barbecue chicken, Southern fried catfish and baked mac ‘n cheese, Rodney Scott’s BBQ is a Charleston favorite.

Quenching your thirst is also easy in South Carolina, especially if you’re partial to craft beer and spirits. It will soon be even more convenient to enjoy Palmetto State beverages, as several local breweries and distilleries are broadening their reach.

With its current facility located above Fat Patties burger restaurant in Old Town Bluffton, Salt Marsh Brewing offers nearly 20 craft beers on tap. That number is expected to increase as the company prepares to make a $4.5 million investment in Port Royal, which is slated for completion in late 2020 or early 2021 and will include a brewery, restaurant and taproom.

“We’re excited to expand Salt Marsh Brewing to Port Royal, where we’ll have a full production facility capable of producing between 15,000 and 18,000 barrels per year,â€ says Nick Borreggine, co-owner of Salt Marsh Brewing. “I’ve searched up and down the East Coast looking for the best place for a waterfront brewery where people could pull their boats up and have a drink, and Port Royal absolutely fits the bill.”