Looking for a fun, affordable city with great schools, jobs and opportunities? Sioux Falls is the place to be. ​​​​​​​ 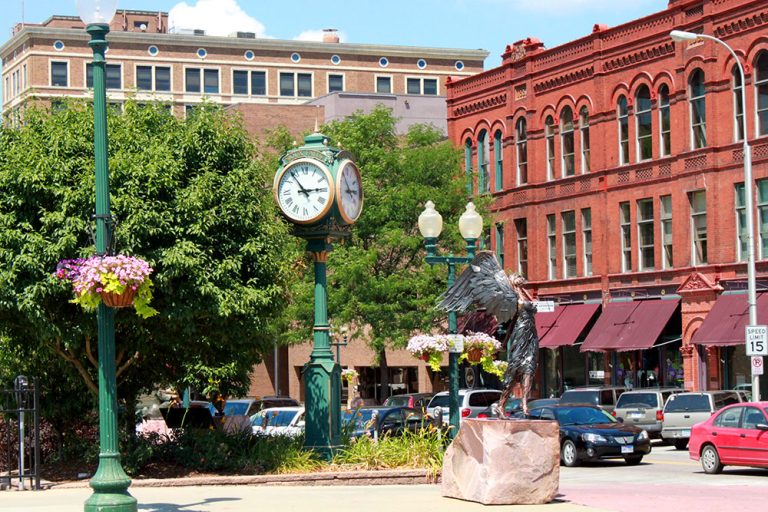 Interested in moving to Sioux Falls, SD? Fair warning: you should probably only move there if you want affordable housing, a great job market, good public schools and lots of fun, affordable outdoor activities all year round.

Sound too good to be true? Read on for more insights into why you should consider a move to Sioux Falls.

1. Housing in Sioux Falls is less expensive than the national average.

If you’re running the numbers, you’d have a $311 mortgage payment on that $55,000 house. Again: three hundred and eleven dollars.

The job market all over the U.S. is quite strong right now, but it’s even stronger in Sioux Falls. In January of 2019, the national unemployment rate was 4%. In Sioux Falls, it’s currently just 2.4%.

There are great jobs in Sioux Falls across a variety of industries. If you work in biomedical, you could find a job with Sanford Health or Avera Health. There are also good jobs in finance – Wells Fargo, Citi or First Premier Bank – and food processing at Smithfield Foods.

3. The Sioux Falls restaurant scene is awesome – and getting better all the time.

Real talk: most of us don’t associate great food with mid-sized Midwestern cities that have short growing seasons and are thousands of miles from fresh seafood. But Sioux Falls has some great restaurants working hard to bust through misconceptions.

The Midwest Does Breakfast Better: 9 Mouthwatering Dishes That Prove It

According to data from the National Center for Education Statistics, the average price of a year of private elementary school is $7,770, and the average annual cost of private high school is $13,030. Save that money by living somewhere you can send your child to a top-ranked public school for free. Like Sioux Falls.

5. Sioux Falls has tons of great outdoor activities, regardless of the season.

South Dakota has four defined seasons and, yes, winter here can be (very) cold and (very) long. But the good news is: regardless of the season, there are plenty of outdoor activities to take advantage of in Sioux Falls.

In winter, you can ice fish on Catfish Bay and ski, snowboard or tube at Great Bear Recreation Park. During warmer weather, you can bike the Big Sioux River Greenway, play disc golf at Tuthill Park or swim at the Terrace Park pool. You can attend outdoor concerts in McKennan Park or watch the Moonlight Movie series in Fawick Park!

6. Sioux Falls has three colleges and all the good stuff that comes with ’em.

Sioux Falls is home to Augustana University, The University of Sioux Falls and Southeast Technical Institute. What does this mean? It’s very likely that you – or your kids – could get a college education without leaving home.

It also means that you can attend college sporting events, watch performances by the theater or music departments or attend guest lectures. You can check out Augustana’s Eide/Dalrymple Gallery or enjoy the SculptureWalk on USF’s campus.