Advances in technology are powering a bright future in the three-state region of Tennessee, Georgia and Alabama. 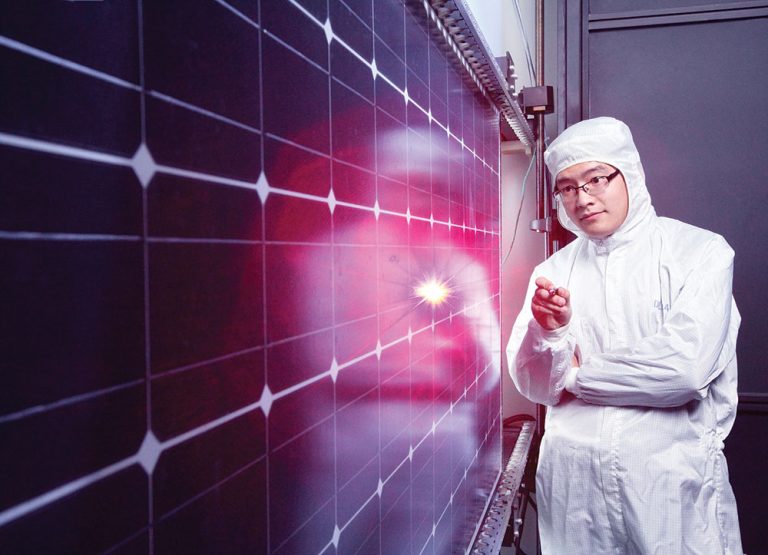 When it comes to building on its economic heritage as a manufacturing and logistics hub, the 16-county Greater Chattanooga region isn’t trying to reinvent the wheel as much as re-engineer it.

And it has plenty of tools at hand for the task.

A strategic location, superior infrastructure, a skilled workforce and an affordable quality of life are among the hallmarks of this three-state region located near the foot of the Appalachian Mountains.

These attributes attracted early manufacturers to the river trading post in the late 1800s and are still enticing to the growing list of companies that call Greater Chattanooga home today.

Meet the Silicon Valley of Freight

An anchor is Volkswagen Group of America, which employs about 3,800 workers at its Hamilton County assembly plant. Since opening in 2011, the VW plant has undergone several expansions, the most recent of which adds electric vehicle production in 2022. The $800 million investment is expected to create 1,000 jobs and includes a new battery pack assembly facility.

“The automotive sector is helping drive an increased level of investment in battery technology, and that’s really a huge component for us as what we see as long-term trajectory, not just with electric vehicles, but energy storage in general,” says Charles Wood, chief economic development officer for the Greater Chattanooga Economic Partnership. “That technology is going to be critical, and we think we have a strong opportunity to grow.”

Greater Chattanooga is within a day’s drive of one-third of the nation’s population, or more than 131 million U.S. consumers. Its proximity to major markets gives the region an edge in market access
and recruiting skilled workers.

The growth includes South Korea-based Hanwha Q CELLS, which, in September 2019, opened a 300,000-square-foot facility in Dalton, Georgia, billed as the largest solar panel manufacturing factory in the Western Hemisphere. Experts predict the Southeast will be the leading regional source of solar demand over the next five years, and Greater Chattanooga offers a central location for answering that demand.

“Chattanooga is very appealing to the young workforce because of all the activities that are in the area,” says Jill Ellison, vice president of operations for Confluent Medical. The material science technology company selected Chattanooga for an $8.3 million factory that will manufacture medical tubing used in cardiovascular medical devices.

In addition to the 18 colleges, universities and technical schools with campuses in the region, Greater Chattanooga’s location between Nashville and Atlanta allows it to draw engineering graduates from Georgia Tech and Vanderbilt University, Ellison says.

“And from a machinist standpoint, you’ve got Chattanooga State Community College and Georgia Northwestern Technical College,” she says. “You’ve got a skilled workforce and a good location for recruiting from engineering schools.”

The region is also home to several corporate operations, including insurance company Unum, a Fortune 500 company, and BlueCross BlueShield of Tennessee, as well as a regional office for Cigna. The Tennessee Valley Authority has large administrative offices in the area, as do floor covering giants Mohawk Industries and Shaw Industries.

Piggybacking on the region’s reputation as a trucking center, Greater Chattanooga is fast becoming a hub for logistics technology, including transportation data analytics firms, as well as a host of freight brokerage groups and trucking insurance company Reliance Partners. “We’re fortunate to have that diversity here, and we’re committed to seeing that type of growth across the sectors,” Wood says. “We’re building off the success in the industrial sectors that we have by leveraging new technology and innovation.”

All Are Welcome in Greater Chattanooga

An inclusive environment gives this region an edge in talent attraction and development.

Success has continued despite the economic hardships brought on by the COVID-19 outbreak. Labor statistics show Chattanooga was one of the few markets in the country to add jobs during the pandemic.

Among the companies added to the region’s roster is global poultry breeding company Aviagen, which, in early 2021, announced a new $35.3 million feed processing facility in Pikeville, Tennessee. Aviagen officials chose Pikeville as the site for the new feed mill because of its proximity to the company’s existing operations in the Southeast, including those in nearby Crossville, Tennessee.

“We’re committed to the people of Tennessee and are happy to expand our footprint there,” says Aviagen North America President Marc de Beer. “It is a state with an impressive workforce, and one that understands agriculture.”

Keeping the pipeline full of skilled workers is a major focus for Chattanooga economic development officials, and one of the primary reasons the Greater Chattanooga Economic Partnership was launched in 2017, Wood says. The public-private partnership takes a cooperative approach to attracting and retaining companies to the region, offering site selection, workforce and incentive support.

“We’re blessed with a collaborative environment of economic developers around the region,” Wood says. “That’s the next chapter for us.”

The University of Tennessee-Chattanooga is helping to keep the pool of skilled talent stocked for advanced manufacturing companies in the region with the opening of its new mechatronics lab in April 2021. The lab has more than $1 million in equipment to support UTC’s four-year mechatronics engineering program, and lab highlights include an industrial robot along with a working replica of a production line that stretches along one side of the room. UTC added the lab because demand for talent is growing in mechatronics, a technology field that combines electronics, mechanical engineering and computing.

University officials say the average salary for a mechatronics engineer in the U.S. is currently $99,040.

Chattanooga, TN: Made for Manufacturing