Maury County, TN: A Hotspot for Growth and Investment

The county is ranked No. 1 for the most incoming investments in Tennessee. 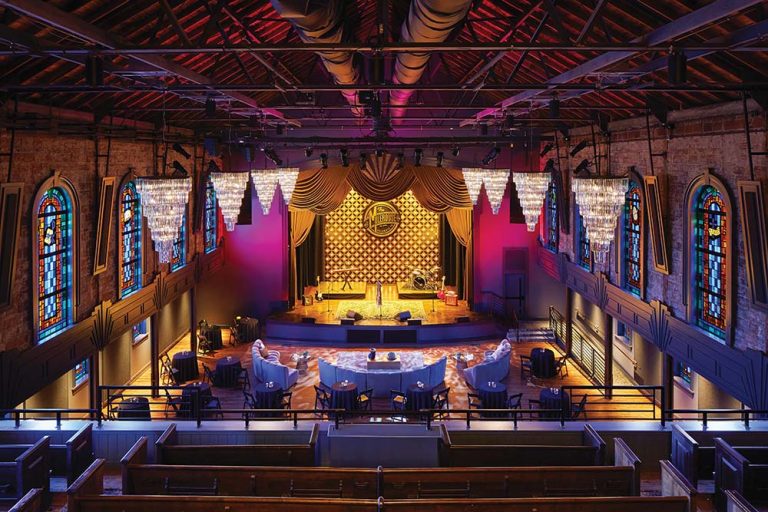 Ranked No. 1 for the most incoming investments in Tennessee, Maury County enjoys prosperity thanks to its cities — Columbia, Spring Hill and Mount Pleasant.

Already a thriving area in the city, the Columbia Arts District is getting even better. A streetscape project will include new sidewalks, public art opportunities and an electric charging station. The city recently approved an expansion of the district’s footprint to include The Mulehouse, a restored church turned into a music and event venue.

“The Mulehouse is one of the nicest music venues in the country,” says Columbia Mayor Chaz Molder. “It brings more promotion and excitement to the district.”

The revitalization of Columbia Mall is an important achievement for city leadership. The 35-acre retail center sat mostly empty for years while Columbia grew. Molder’s first call  as mayor was to the property’s ownership group.

“Columbia had too much momentum and economic vibrancy for that structure to continue in that condition,” Molder says. “Now we are seeing a total renovated retail center with the opportunity to attract a national anchor tenant.  We have a robust small business community and are excited for  the opportunity to add national  retail stores to the mix.”

Molder says Columbia is on the right path for the future. “We have a lot of momentum going for us.”

That includes JC Ford’s plan to build a manufacturing facility in the city. JC Ford, a leading manufacturer of high-speed corn tortilla production equipment, supplies its products  to General Mills, Frito-Lay and  Tyson Foods, among others. It has been providing equipment and service to the fast-growing Mexican food market since 1945 and has been under the current family ownership since 1990. JC Ford is investing $30 million to renovate two facilities and create 210 jobs in Maury County over the next five years. The company is actively hiring for positions.

“JC Ford has been very impressed with the strong support that we  have received from the local and regional communities to expand our operations to Columbia,” company President Scott Ruhe said at the time of the announcement. “We look forward to working with this high growth region and attracting the very best talent from the area’s strong manufacturing workforce.”

The historic downtown in Mount Pleasant is slated for improvement, including the renovation of building facades and new benches for the community’s central square. The $150,000 grant comes from the Tennessee Main Street program.

In addition to the grant, the city  has plans for a larger project that will add green space, replace aging sidewalks and improve lighting.

“The downtown revitalization and the grant go hand in hand to give a dramatic facelift to our downtown,” says City Manager Kate Collier.

Mount Pleasant received $1.25 million in grants in 2018 for downtown revitalization, and  that project has grown to more  than $2.5 million, Collier says.

“A new square, sidewalks, ornate street lights, etc., will create a huge change in our city,” she says. “The area from the Mt. Pleasant Grille  to Church Street will be completely ADA accessible as well.”

Collier says the city is utilizing bond financing to pay for infrastructure improvements in water, sewer  and gas lines to further support  the revitalization efforts.

“In addition to new homes, neighborhoods and great amenities, the city is developing a diverse and thriving economy,” says  City Manager Pamela Caskie.

Cadillac’s first electric vehicle,  the luxury-class Lyric crossover,  is produced in Spring Hill  and powered by the cells.

“All of this in a city that still feels relatively small and always welcoming,” Caskie says.

Given recent growth in the region, Spring Hill leaders are arranging financing and seeking federal and state funds to complete large capital projects. The new Interstate 65 interchange is on track, and updates to U.S. Highway 31 are in the Tennessee Department of Transportation’s (TDOT’s)  three-year plan.

Spring Hill’s Board of Mayor and Aldermen created an Industrial Development Board in 2021 to help guide growth and create economic opportunities for  Spring Hill and the region.

The IDB will also enable counties  to collaborate on opportunities. That’s a good thing because the city is located in both Williamson and Maury counties.