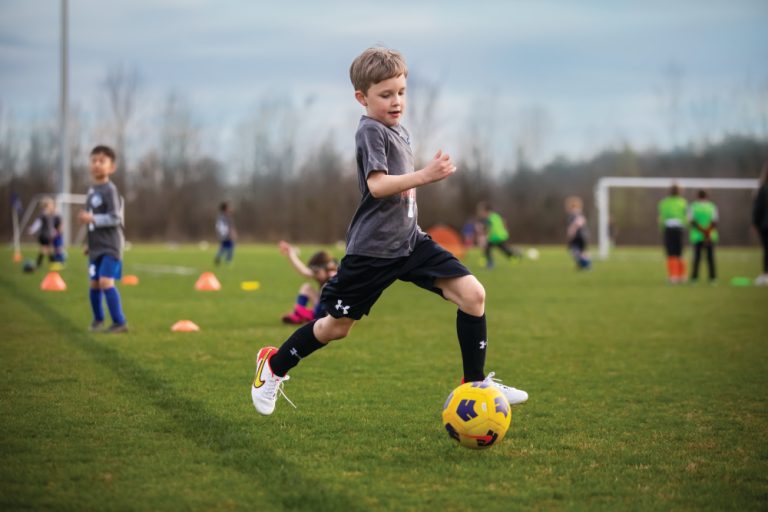 Mark Schlatter had a lengthy checklist when he began looking for a new place to hold the growing National Homeschool Soccer Championship (NHSC). The NHSC president was seeking a site that:

During his search, he discovered Rutherford County and the Richard Siegel Soccer Complex in Murfreesboro. And it didn’t take long for him to conclude that this county checked off everything on his list.

“We were very impressed with the location and how well the facility was kept,” Schlatter says. “There are a lot of pluses (to Rutherford County). It has a lot of amazing things going for it. When we found out we could take our tournament there (in October 2021), we were just elated.”

“There are a lot of pluses (to Rutherford County). It has a lot of amazing things going for it.”

An increasing number of people feel the same way about Rutherford County, and the proof is in the figures. In 2021, the number of hotel room-nights sold in the county bounced back to pre-pandemic levels at nearly 1,180,000, according to the year-end report from STR (Smith Travel Research). And at more than $472 million, Rutherford County ranked seventh out of Tennessee’s 95 counties in visitor spending.

A key reason visitors are drawn to the area is because of its numerous sports facilities. In addition to the Richard Siegel Soccer Complex, the county’s venues include the Adams Tennis Complex, which has 8 indoor courts and 24 outdoor courts; Barfield Crescent Park, which allows for baseball, softball, volleyball and disc golf; Cedar Stone Park, which has four lighted turf baseball fields; Champions Run Golf Course; Sports*Com, which has an indoor and outdoor pool; and McKnight Park, which has a gymnasium, four sand volleyball courts, an indoor and outdoor pool, and Starplex, a five-field youth and adult baseball/softball complex.

“Rutherford County offers everything that a (sports tournament) organizer requires when selecting a destination,” says Barbara Wolke, senior vice president of the Convention & Visitors Bureau. “We have a central location, 5,500 hotel rooms, more than 400 restaurants, many attractions for participants and families to enjoy, and, most importantly, top-notch facilities across the county to accommodate their needs.”

While there are a variety of sports options in Rutherford County, soccer leads the way, thanks primarily to the Richard Siegel Soccer Complex. Opened in 2005, the 130-acre park has 15 regulation soccer fields, including one with stadium seating for 1,000 spectators.

The complex is in the final stages of a $14.5 million renovation being conducted in partnership with the Tennessee State Soccer Association. Eight of the natural-grass fields are being converted to synthetic turf, and one will be covered for a regulation-sized soccer field that allows for play during inclement weather.

Numerous tournaments have been held at the complex over the years, highlighted by the U.S. Youth Soccer Southern Regional Championships, which returned to Rutherford County in 2022 with more than 200 participating teams.

From local cafes and breweries to shops galore, Rutherford County has something for everyone.

“We have a vibrant soccer community here, and the initial intent (of the Richard Siegel Soccer Complex) was to provide for that local need. But city leaders had the foresight to build a facility large enough to accommodate tournaments,” Murfreesboro Parks and Recreation Assistant Director Thomas Laird says. “Soccer brings in a lot of revenue. One of our tennis tournaments brings in about 500 participants, which is great. However, with a large soccer tournament, you’re looking at about 3,000 participants.”

And the benefits of the tournaments extend into the community. For example, when athletes and their families come for a tournament, they stay in the region’s hotels, eat at local restaurants and shop at nearby stores, thus adding a significant economic boost to the county.

To meet the demand, Rutherford County continues to add to its hotel offerings. The Hyatt Place, MainStay Suites and Staybridge Suites opened in Murfreesboro in 2021, and WoodSpring Suites is now open in Smyrna and Murfreesboro. Courtyard by Marriott Smyrna is also set to open in early 2023.

Schlatter hopes to be visiting Rutherford County for years to come.

“We’re very thankful for the hospitality that was shown to us last year,” Schlatter says. “I can’t say enough about how positive our experience has been, and I definitely hope we can keep our tournament there for quite a while.” 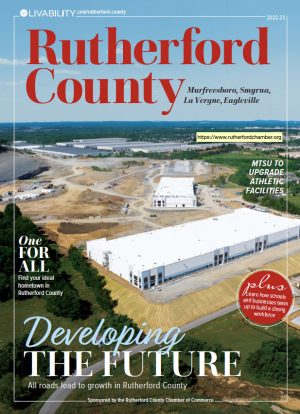