Tennessee Serves Up Plenty of Food and Drink 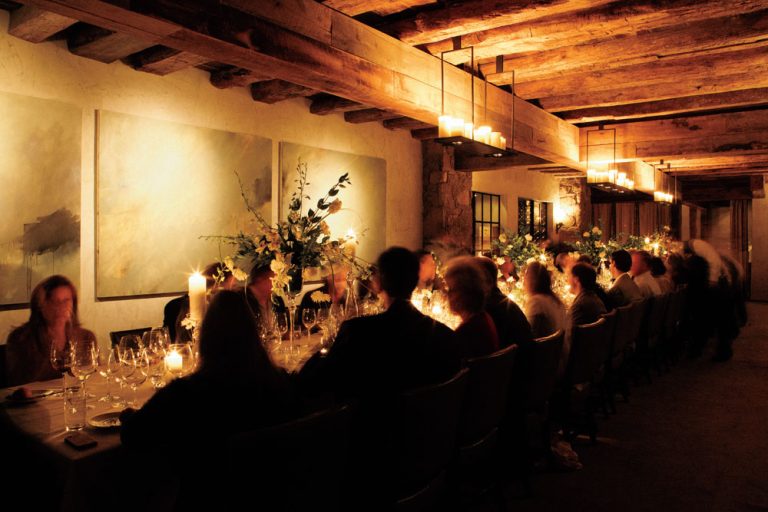 Music is not the only thing that fills the air in Tennessee. The state also is immersed in the aroma of Southern food, from crispy hot chicken to delectable country ham to a savory supply of locally grown vegetables and berries, with the smoky succulence of barbecue hovering above it all. And you can wash everything down with dozens of options in local beers, wines and spirits, including the famous Lynchburg Lemonade that originated at the state’s Jack Daniel’s Distillery.

Tennessee’s menu mixture is as varied as the state itself, with each region – from the Great Smoky Mountains in the east to the plains along the Mississippi River in the west – offering its own special ingredient to Tennessee’s tasty food and drink.

“We’re a completely diversified state from one end to the next,” says Brandon Whitt, owner and operator of Batey Farms in Middle Tennessee near Murfreesboro. “That gives each of us the opportunity to create specialty markets, whether it’s strawberries or tomatoes or hops and barley. That diverse landscaped coupled with a good growing season and annual rainfall all adds up, and it allows us to provide a vast array of products.”

Fresh from the Farm

Tennessee is putting many of these products on display at farmers markets throughout the state. In 2014, the U.S. Department of Agriculture listed Tennessee as the nation’s fastest-growing state in terms of the number of farmers markets, having grown from 48 registered markets to approximately 120 within a decade.

In addition, a number of facilities such as Batey Farms – a 2,600-acre operation that has been growing crops since 1807 – are producing food used at local farm-to-table restaurants, as well as grain for area breweries and distilleries.

“We’re a very diversified operation, and everything we do is focused on end-user customer opportunities rather than just mass bulk production,” Whitt says. “We want to continue to create a true Tennessee brand in both food and beverage, and celebrate the fact that many of the raw products these places are using are Tennessee-grown with quality and care.”

From a tourism standpoint, this relationship between the land and the plate is perhaps best illustrated at Blackberry Farms, a luxury hotel located on a 4,200-acre estate in the Great Smoky Mountains in Walland. Guests at the hotel are treated to meals rooted in products grown on-site at the farm and throughout the immediate region.

“You can come here and taste things that you’re not going to be able to find anywhere else,” Blackberry Farms garden manager Michael Washburn says. “Farming is a community effort, and we work with our community. We find out what they’re growing around here, get those products from them, and then things we can’t find we grow ourselves. So you’ll find flavors that are exclusive to this area.”

Washburn says there is no signature dish at Blackberry Farms. Instead, menus change daily, depending upon what is available at that time of year as well as what the chefs feel like preparing that day.

“Our chefs will come down and ask us what we have, then brainstorm with us about needing something to add to a particular dish,” Washburn says. “Sometimes they just walk around the garden for inspiration They can pick from among 50-plus herbs or edible flowers. So it’s a playground for a chef. They can stay seasonal and be creative.”

Learn How Tennessee’s Entertainment Industry has Evolved into Digital

Playing with the Food

Farms throughout Tennessee offer food with a side of fun. An example is Lyon Family Farms in Taft, just north of the Alabama state line. While Lyon is a wholesale farm that sends produce to area grocery stores within 24 hours of picking, it also is a bit of an amusement park, boasting a 7-acre corn maze, a petting zoo and a playground with nearly 40 activities. During the fall, visitors can take a hayride to a field where they can pick their own pumpkin right off the vine.

Lyon also provides educational opportunities, with a learning center providing detailed information about the various crops, and signage throughout the property listing the products that come from each of the farm animals.

“We try to cover the basic education about farm animals and products to teach people where their food comes from,” co-owner Richard Lyon says. “A lot of kids don’t know where things like ice cream come from. We also have a very large bakery where we make homemade fudge, doughnuts, funnel cakes, pies and slushies. So there’s definitely plenty of food to eat around here.”

Actually, the same could be said for the entire state of Tennessee.