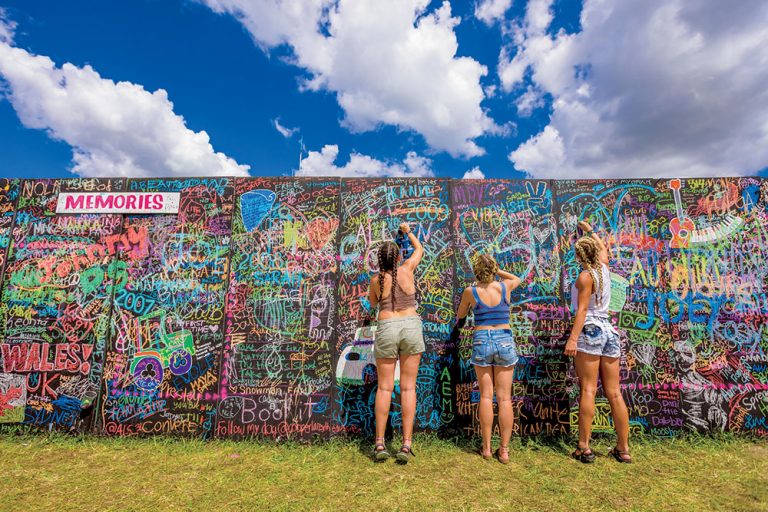 Wherever you go in Tennessee, it seems like people are playing a different tune. From the folk and bluegrass of the Appalachian Mountains, to the singer-songwriters in the country-music mecca of Nashville, to the blues and soul sounds in Memphis, a melodic mixture constantly fills the Tennessee air.

“There’s probably not a community in the entire state that doesn’t have something going on with music, whether it’s a big weekend concert or a Tuesday night jam session in a small dive or people just getting together and playing on their front porch,â€ says Leah Ross, executive director of the Birthplace of Country Music Museum in Bristol. “There’s such a richness in Tennessee with so many different genres of music.”

Tennessee has been a major influence in the development of many of those genres. The Bristol recording sessions of 1927 proved to be so important in the rise of country music that, in 1998, Congress officially recognized Bristol as the “Birthplace of Country Music.â€ The genre flourished in Nashville through weekly performances of the Grand Ole Opry, as well as concerts at historic Ryman Auditorium, which has been called “The Mother Church of Country Music.”

On the western side of the state in Memphis, Elvis Presley ushered in the rock ‘n’ roll era with his early recordings at Sun Studios, numerous Mississippi blues musicians gained national notoriety by playing in the clubs along Beale Street, and Stax Records expanded upon the soul and R&B sound coming out of Detroit.

“Tennessee as a whole has been a really rich part of America’s music history,â€ says Jennifer Turnbow, senior director of operations for Nashville Songwriters Association International. “Country, bluegrass, blues, soul, rock. All that music came from here in some way, so you find all of it still being played here.”

Tennessee’s musical heritage is celebrated at attractions throughout the state, including the Country Music Hall of Fame in Nashville, the Memphis Rock ‘n’ Soul Museum, the International Rock-A-Billy Hall of Fame in Jackson and the Mountain Music Museum in Kingsport.

At the Birthplace of Country Music Museum, the history of the genre is traced from the 1927 recording sessions that began the careers of such future stars as Jimmie Rodgers and the Carter Family

Of course, people who love music primarily want to listen to it, which is easy to do in Tennessee thanks to the numerous venues throughout the state. Beale Street alone in Memphis has more than a dozen music clubs crammed into a two-block stretch. For something considerably different, there is the Bluegrass Underground series, held in The Caverns along Monteagle Mountain near Pelham.

In addition to the Ryman Auditorium, which opened in 1892, Nashville is home to the Bluebird Cafe. For nearly four decades, this intimate 90-seat venue has provided a showcase for singer-songwriters from throughout the world.

Those types of shows are on display at the annual Tin Pan South Songwriters Festival. Over the course of five days, more than 100 acoustic performances are held throughout Nashville at 10 different venues, none with a seating capacity larger than 400.

“These shows concentrate on the words and the music and how the song came about and what’s the story behind it,â€ Turnbow says. “They try to put you in that moment in that writer’s life. There’s something so vulnerable and intimate about a songwriter show that you don’t get in a big stadium concert or by listening to the radio.”

Tennessee also has plenty of room for the bigger shows. Folks are dancing every year at the sprawling four-day Bonnaroo Music and Arts Festival (held on a 700-acre farm in Manchester), the Uncle Dave Macon Days bluegrass and roots music festival in Murfreesboro, and the Bristol Rhythm & Roots Reunion, which attracts 50,000 people to the small mountain town.

“We think music really contributes to economic and community development,â€ Ross says. “And Tennessee just has so much music to offer.”