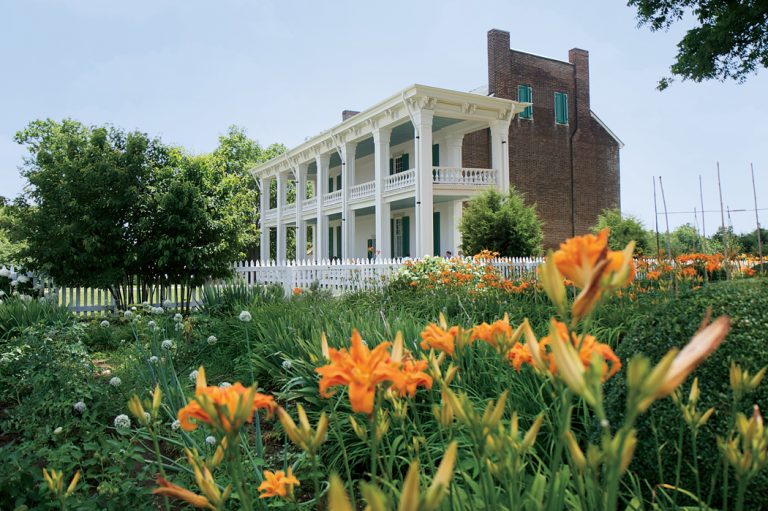 Back in 1971, when the city of Franklin acquired the neglected Fort Granger Civil War site, a good many people thought it was a pointless expenditure. After all, the war was a distant, unpleasant echo in an area that saw divided sympathies and widespread devastation during the bloody 1864 Battle of Franklin.

But if many were content with the Confederate soldier memorial in Franklin’s square as a remembrance of the day that left 10,000 dead and wounded in its wake, others longed for a deeper exploration of local history. Eventually, a vision coalesced, an ambitious idea that perhaps the battlefield itself, now home to pizza places, houses and retail businesses, could be reclaimed and brought back to life. Today, that vision is a continually evolving reality that has helped make Williamson County a major tourist destination.

“Civil War tourism is one of the biggest assets we can promote,” says Ellie Westman Chin, CEO of the Williamson County Convention and Visitors Bureau.

In 2013 tourism as a whole, she says, had an economic impact of $382 million and created 2,920 jobs in the county. Of Tennessee’s 95 counties, Williamson ranked sixth for tourism.

“I’ve been proud that our groups are working together to reach this one common goal,” Watson says. “There are communities where people can’t be in the same room with each other, but here, everybody wanted to do this the right way, and bring their talents and skill sets to the project.”

The purchase of several buildings and tracts of land that were once part of the battlefield has brought into focus the picture of Franklin’s Civil War history, which retains an endless fascination for locals and visitors alike.

“Everybody was impacted by the war, no matter where they lived,” Watson says. “We’ve come a long way since then, but we need to look back to make sure we’re doing a good job moving forward.”

Williamson tourism is booming in other areas besides the historic. Small towns like Leipers Fork and Nolensville offer charming downtown streets, boutiques, art galleries and antique shops. One-off national stores like REI and Nordstrom Rack in Brentwood bring visitors to the area as well. And music is an increasingly big draw, the CVB’s Chin says.

“That is one thing we are putting some effort around this year,” Chin says. “We are the home of the Americana Music Association, and Music City Roots relocated from Loveless to the Factory, so every Saturday night we have wonderful, live music. Then there’s Puckett’s, Grey’s on Main, Mellow Mushroom. And, of course, the Franklin Theatre is hands-down the best.”