Attractions in Franklin include historic homes, festivals and theater. 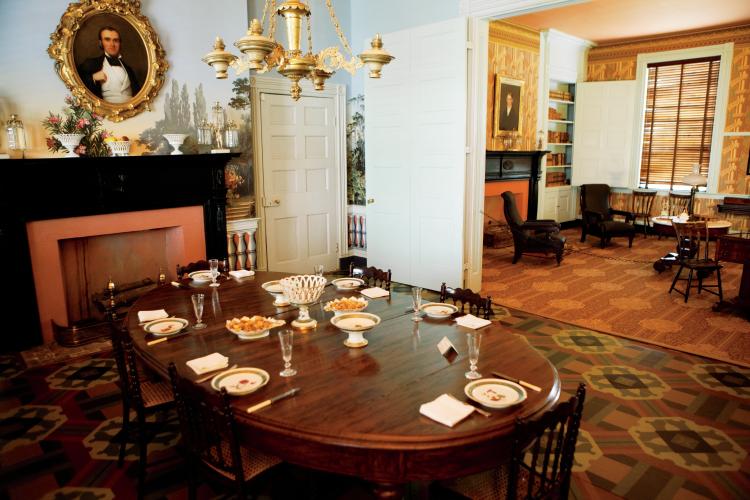 An important fixture in the Battle of Franklin during the Civil War, the Carter House was built in 1830 by Fountain Branch Carter and served as the Federal Command Post during the battle.

Now, the Carter House is open to the public and stands as a memorial to the Carter family and those who lost their lives during the Battle of Franklin. The house, considered the most battle-damaged structure from the Civil War, is a Registered National Historic Landmark.

Also used during the Battle of Franklin – and open for tours – is the Carnton Plantation. The home on the property was the largest Confederate field hospital, and two acres near the home were donated by the family to serve as the final resting place for 1,481 Southern soldiers.

Located at 11th Avenue North off new Highway 96 West, The McLemore House was built on land purchased by ex-slave Harvey McLemore and now is a museum. The house was the model for community development in its subdivision, Hard Bargain, which was a black middle class neighborhood of teachers, carpenters, masons and farmers.

The McLemore House is owned by the African American Heritage Society.

Downtown Franklin is festival central, with the Main Street Brew Fest in March, Main Street Festival in April, Franklin on Fourth in July, Franklin Jazz Festival in September, Pumpkinfest in October, Wine Down Main Street in November, and Dickens of a Christmas in December.

Another festival in Williamson County is the Tennessee Renaissance Festival, helod every weekend of May each year. The festival is held on the grounds of a home that is a full-size replica of a 12th century castle.

Also a popular event annually is the Williamson County Fair, which takes place during August at the Williamson County Ag EXPO Park. Attendees can listen to live music, participate in a variety of competitions, enjoy delicious food and go for a spin on the many rides available in the midway.

The Pull-Tight Players, a community theatre group founded in 1968 by 16-year-old Vance Ormes, also offers entertainment to Franklin arts patrons. Popular performances have included Doubt, Seussical the Musical and Godspell at the Pull-Tight Theatre in Franklin.