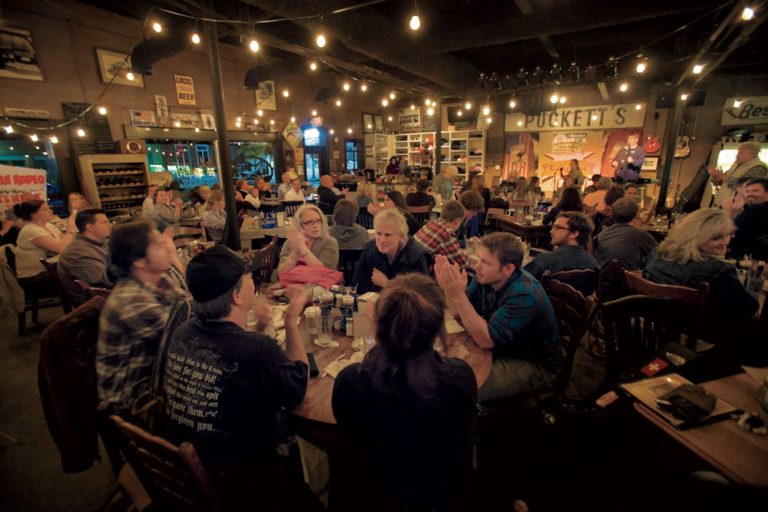 Williamson County ever-expanding arts scene gives residents ample opportunities to enjoy concerts and live theater, take in visual arts, and participate in cultural events and festivals throughout the year.And soon, local art enthusiasts will have even more to appreciate, with plans in the works that will bring public art installations to the community.

A group of about 15 Franklin residents joined forces in 2016 to develop a plan that will make public art installations a reality across the city.

According to Julie Walton Garland, one of the group’s founding members and manger of Walton’s Antique and Estate Jewelry in downtown Franklin, organizations like the Heritage Foundation of Franklin and Williamson County, the Downtown Franklin Association and the Williamson County Convention and Visitors Bureau have received requests from artists interested in creating public displays, and decided they should establish a vetting and approval process before moving forward.

“We’re working with the City of Franklin to create an ordinance and some guidelines so that if someone wants to install a piece of art, like a mural or a statue, there are appropriate channels for them to go through,” Garland says. “Right now, the guidelines are being approved by the city’s legal department, and the Franklin Board of Mayor and Alderman has given us their support. We will eventually establish an official public arts council that will approve artists’ proposals, but we aren’t quite there yet.”

“We’ve seen how public art has made such a positive impact in different communities, and it really brings people together,” Garland says. “Public art also creates really encouraging and educational talking points for visitors as well as residents, so we are excited to see what it will bring to Franklin.”

The county’s current arts scene includes theater groups like the Pull-Tight Players, Boiler Room Theatre, Towne Centre Theatre and Studio Tenn, a professional regional theater company and nonprofit organization that continues to thrive due to the community’s strong support. Because Studio Tenn’s ticket revenue covers only 58 percent of its production costs, the organization depends on the assistance of corporate sponsors and individual donors, and according to Jake Speck, Studio Tenn’s managing director, the community is the perfect place for this type of arts organization to succeed.

“Williamson County is overflowing with people who love arts and culture as well as incredibly generous philanthropists who want to support it,” Speck says.

In addition, people can find live music at shows in venues around the county, and original artwork is on display during events such as First Friday Art Scene, a free art crawl that takes place the first Friday of every month in downtown Franklin. Residents also have more frequent access to visual art at galleries like Leiper’s Creek Gallery and Ansbach Artisans Fine Art Gallery.

“Ansbach Artisans Fine Art Gallery is the only gallery in the area exclusively offering original works by local artists,” says Michael Phillips, the gallery’s owner. “Every artist represented in the gallery lives in Middle Tennessee, and we don’t carry reproductions or prints. At Ansbach Artisans, you don’t have to wonder where the art was made or if it’s a copy.”

Annual community art shows give Williamson County residents the chance to admire local artists’ creations, too. For example, The Art Show at Brentwood Academy features original works from selected professional artists who live in Middle Tennessee, while the Kids Art Festival of Tennessee is open to children across the state in grades K-12.

Another popular event is An Artist’s Window, a visual and performing art exposition and sale for area artists with disabilities. It is presented by Waves, Inc., a Franklin-based agency that serves individuals with intellectual and developmental disabilities.

Thanks to the community’s collective arts appreciation, it’s no surprise creative professionals like Williamson County photographer Debbie Smartt have found success and consider the area a prime location for their artistic endeavors.

“Williamson County is such an artist-friendly place,” Smartt says. “The beauty of this community and the people here make it seem like a dream job to be a photographer.”