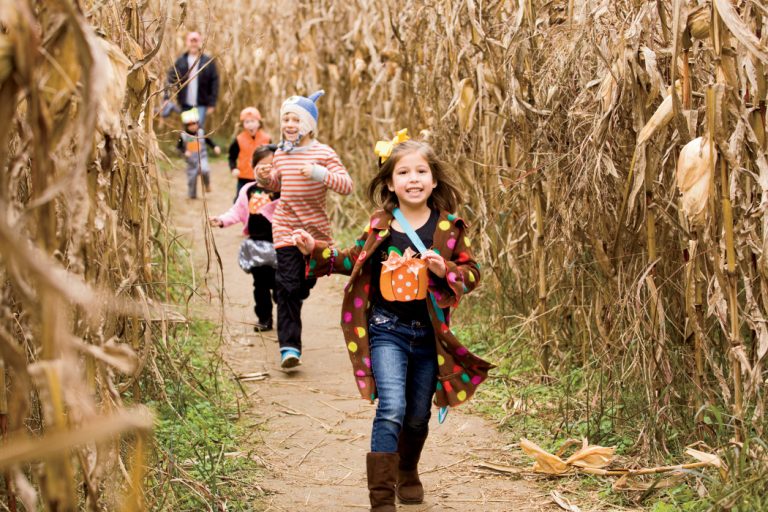 With pumpkin patch, hayrides and scores of field trips from schools throughout Middle Tennessee, Gentry’s Farm in Franklin has been doing agritourism since before the term was even coined.

“This is our 25th year of being open to the public,” says Allen Gentry, sixth-generation owner of the 400-acre farm located about 3 miles west of downtown Franklin. “I’d say 70 to 75 percent of our income off the farm comes from agritourism.”

The farm, one of 38 Century Farms in Williamson County, dates to 1848 and is still a working farm, even though Gentry, his wife, Cindy, and son, Jace, primarily operate it as a destination for visitors. The couple had been seeking other ways to make money with the farm, and in 1991 opened it to a group of Girl Scouts and their families, and from there saw promise.

“We had been praying about it, asking God to lead us to some other way to make an income on the farm,” Allen Gentry says. “We started looking at how other people were doing it (agritourism), reading articles, and we sort of pioneered it from there.

“We’re very community-minded, and we want to share what we’ve got,” he adds. “God has blessed us. He’s led us into this business and it’s been great.”

While farms the size of the Gentrys’ are a bit unusual in a county experiencing as much growth and development as Williamson, the agrarian lifestyle here is not disappearing. It’s still a key factor in the county's quality of life and economy; it has just taken on a new dimension of sorts.

“Every time I get questions about how fast we are losing our agriculture, I always say, ‘You’re actually not losing what you think you are,’” says Matt Horsman, Williamson County director and extension agent for the University of Tennessee Agriculture Extension. “You may be losing that 200-acre farm down the road, … but a lot of the times the large farms are being replaced by the five-, 10-, 15-acre farms, and people are wanting to have a horse, raise their own cattle for beef, or might want to have a goat or sheep and have a garden out back.

“Our typical view of large-scale agriculture is changing, but we’re getting a lot more of these small farms and seeing tremendous thirst for knowledge. Everybody’s wanting to get back to locally raised, sustainable farms.”

While the larger farms aren’t as plentiful in Williamson County as they were years ago, some are still operating as viable businesses, such as Tap Root Farm and Hatcher Dairy. And though the county’s total market value of ag products dropped in the most recent USDA census in 2012, average per farm actually increased. Williamson County remains consistently strong in market value of some commodities, especially goats, horses and beef cattle.

The county’s ag reputation is also bolstered by the popularity of two annual events at the Ag Expo Park: the Franklin Rodeo, held every May and, at 67 years, one of the longest-running family events in the region and the largest east of the Mississippi River; and the Williamson County Fair in August.

“The reason the Ag Park is standing today is because of the Franklin Rodeo and the Williamson County 4-H Livestock Expo and Auction (at the Fair),” Horsman says.

And then there’s the Franklin Farmers Market, as well as markets in Thompson’s Station and Nolensville. The Franklin market has become quite the destination on Saturday mornings, at times resembling more of a social gathering.

But the vendors selling ag products couldn’t be happier with how it helps business.